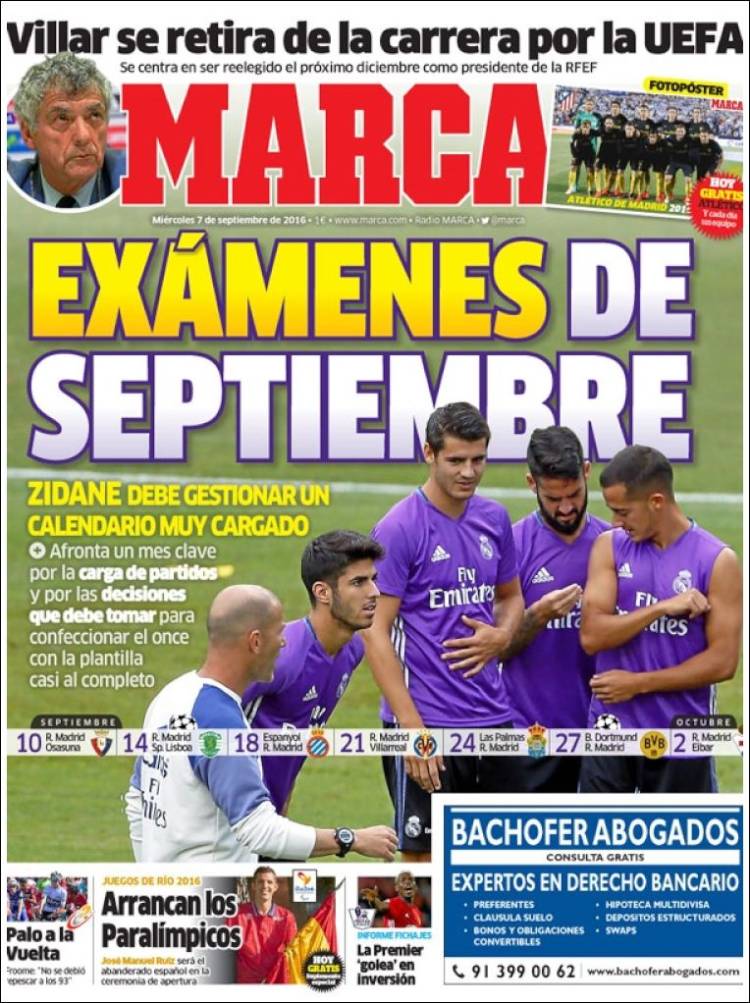 Zidane must manage a busy calendar 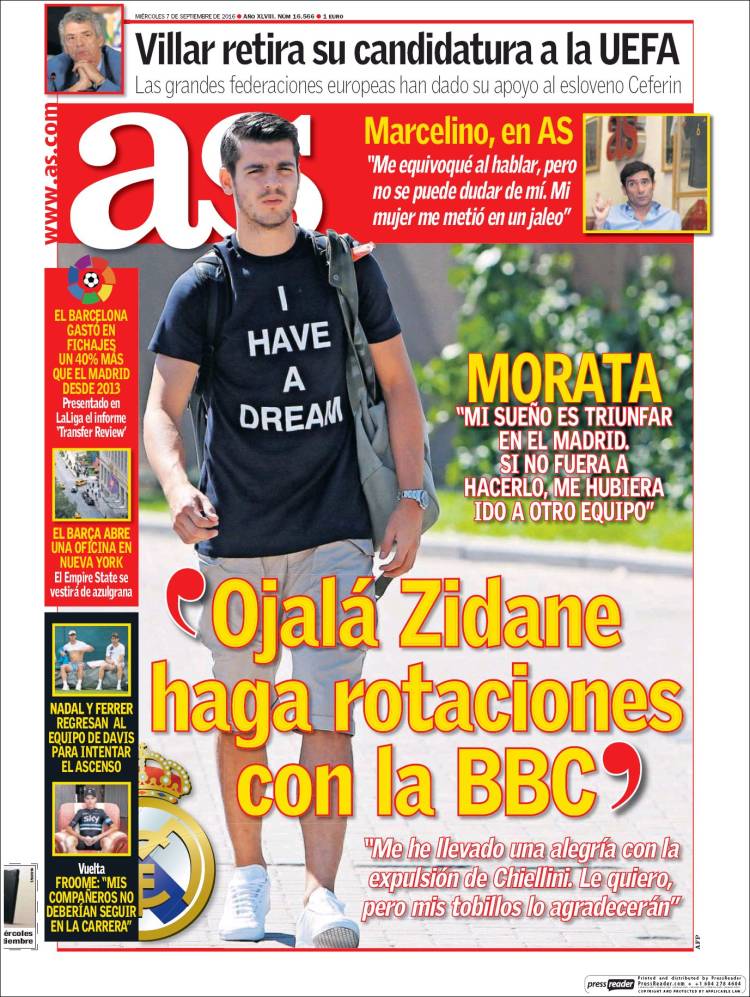 Morata: "My dream is to succeed in Madrid. If this were not possible, I'd have joined another team."

"I am happy that Chiellini was sent-off - I love him, but my ankles are thankful!"

Villar removes himself from the UEFA candidacy

Marcelino: "I was wrong to speak, but you can not doubt me. My wife got me in a ruckus."

Barcelona have spent 40% more in transfers since 2013 than Real Madrid, according to the 'transfer review' 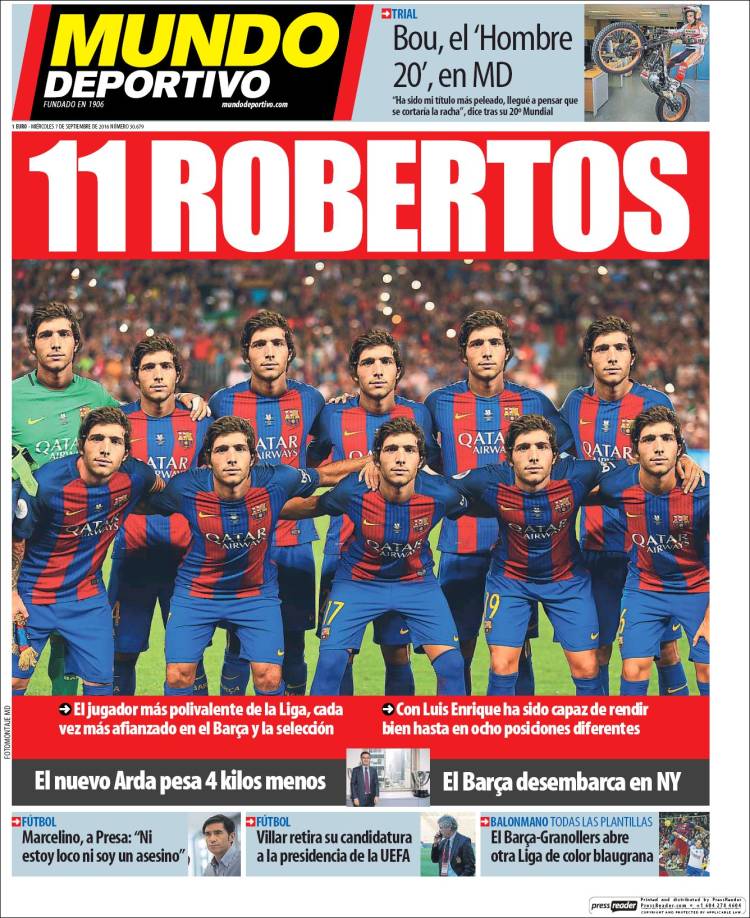 With Luis Enrique, Roberto has been able to perform well in eight different positions

The new Arda - he has lost 4 kilos

Marcelino press conference: 'I'm not crazy and I'm not a murderer'