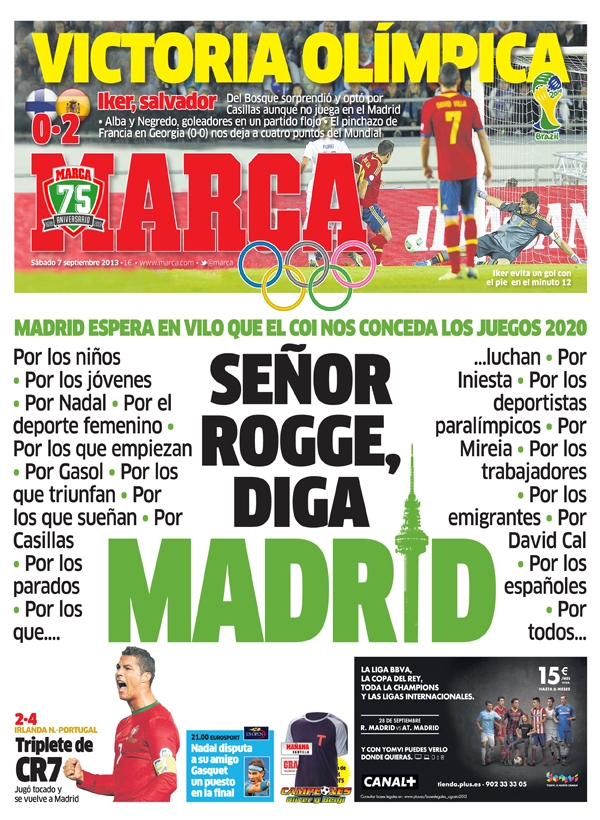 Sir Rogge, say Mardid
For the kids, the young, Nadal, women's sport, Gasol, for the dream, for the triumph, for Casillas, for the fight, for Iniesta, for paraolympians, for Mireia, for workers, for emigrants, David Cal, the Spanish, everyone
Madrid hope on tenterhooks that the Olympic Committee award us the games for 2020
Ireland 2-4 Portugal: A hat-trick7
Nadal to face his friend Gasquet in the final
Olympic victory
Iker, the saviour: Del Bosque surprised with his selection of Casillas  even though he does not play for Madrid
Alba and Negredo were the goalscorers

France flop against Georgia and a four points away from Brazil 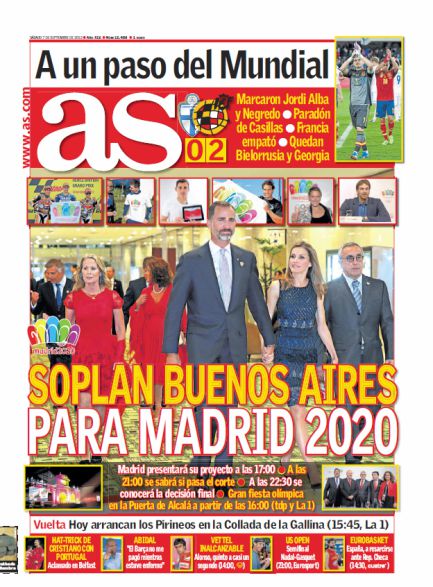 In Buenos Aires for Madrid 2020
Madrid to present its bid at 1700
At 2100 we will know if they are shortlisted
At 2230 the decision will be made
The great celebration at Puerta de Alcala will start at 1600
Progress to the world cup
Jordi Alba and Negredo score
Saves made by Casillas
France draw
Belarus and Georgia remain
Hat-trick for Ronaldo with Portugal
Vettel impossible to reach
Alonso comes in fifth, almost second 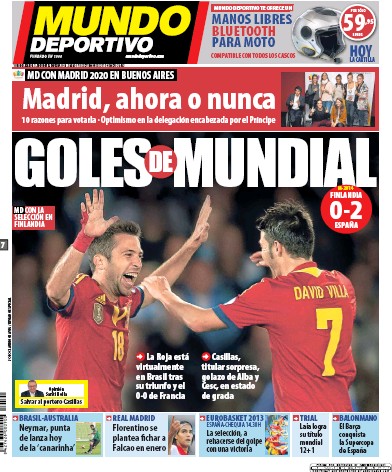