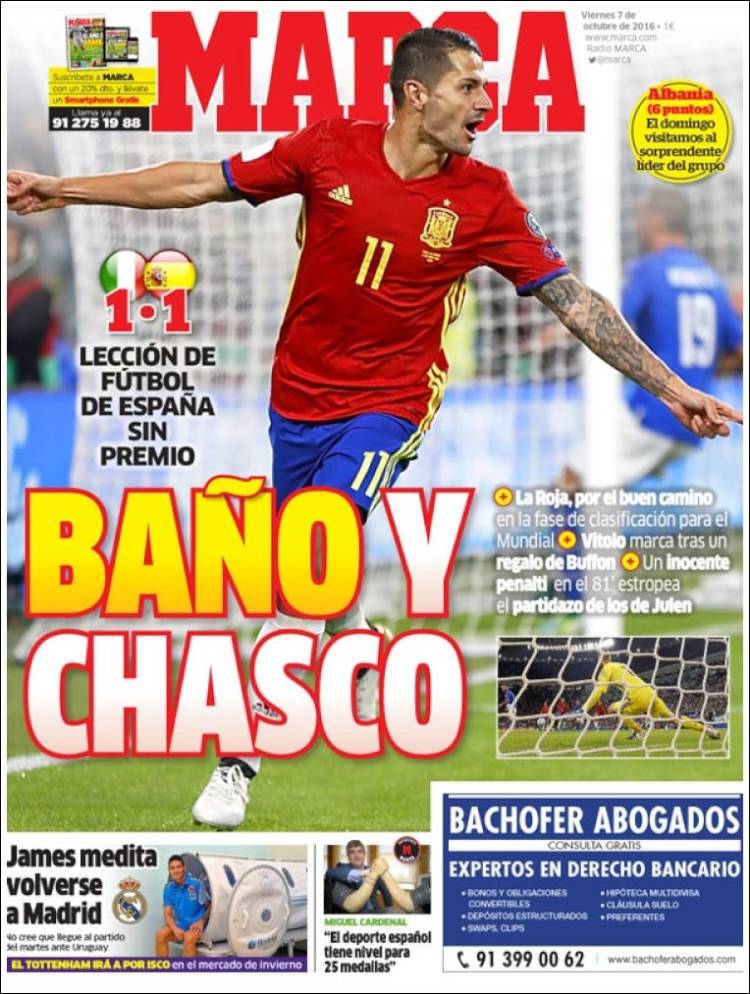 Italy 1-1 Spain La Roja, on track for qualification for the World Cup, Vitolo scores after a gift from Buffon, an 'innocent' penalty ruins Lopetegui's start as manager

Albania (6 points) are next up for Spain, they are the leaders of the group 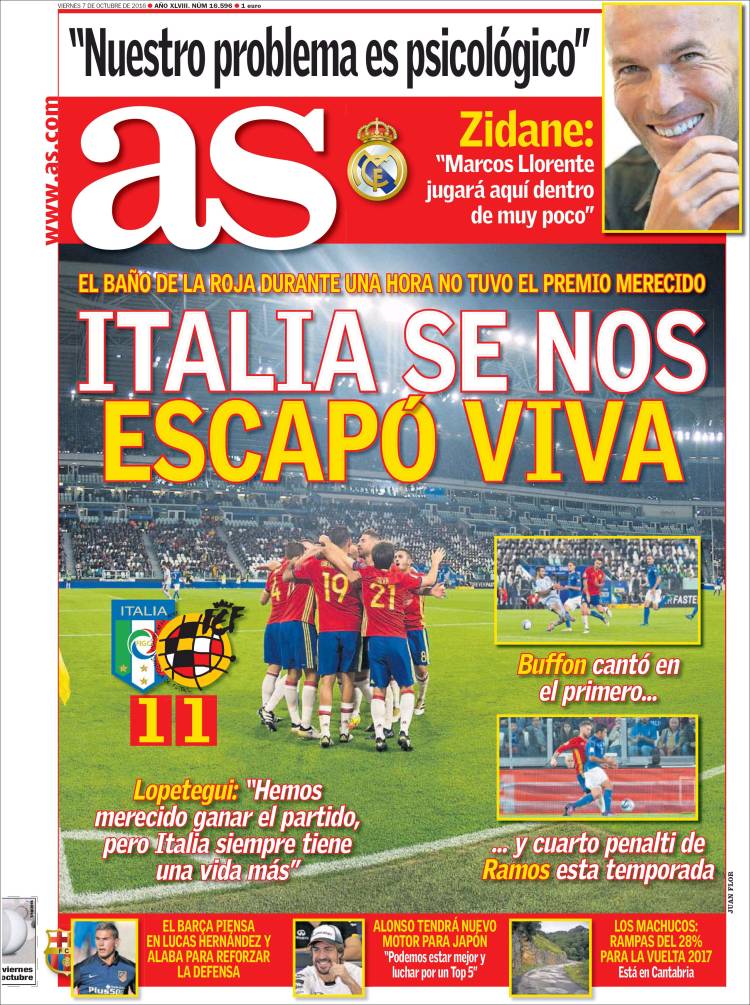 Italy escape alive from us

Buffon error for the first...and Sergio Ramos concedes his fourth penalty of the season

Lopetegui: 'We deserved to win the game, but Italy always have another life'

Zidane: 'Our current problem may be a psychological one...Marcos Llorente will be playing here very soon'

Barca think about Lucas Hernandez and Alaba for reinforcing their defence 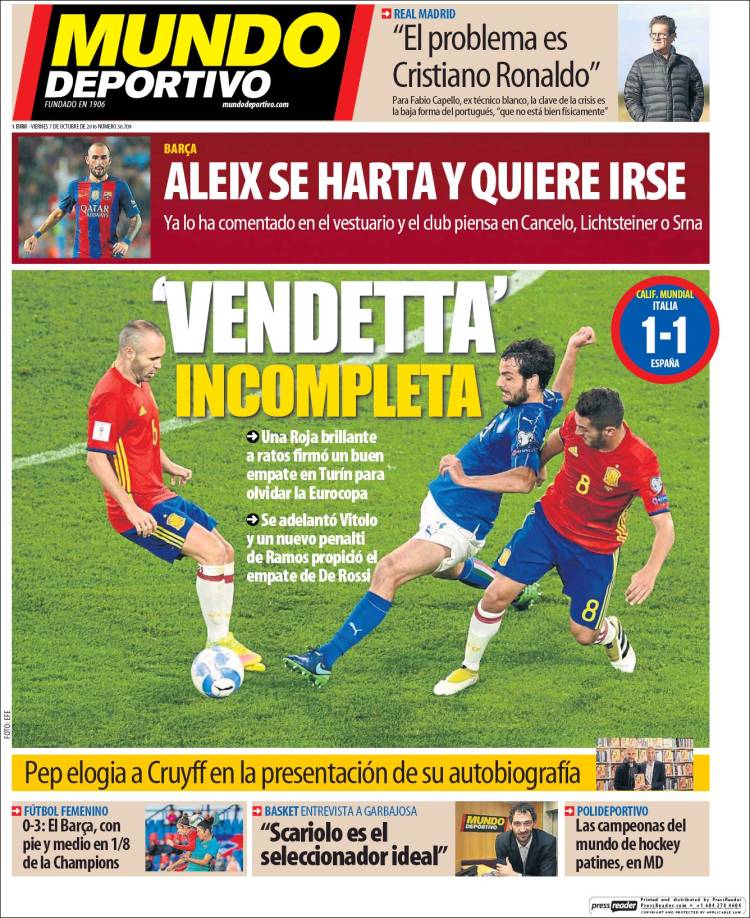 Aleix is fed up and wants to leave - he has already decided and the club think about Cancelo, Lichsteiner and Srna