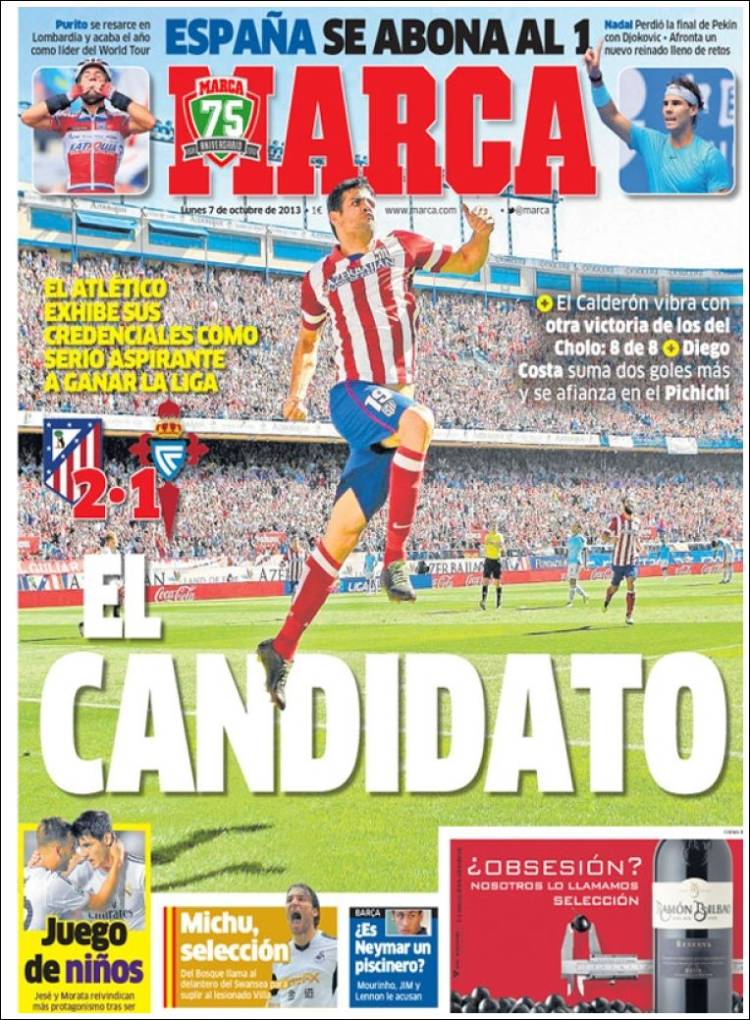 The Calderon vibrated with their 8th win in 8 games

Michu for Spain: Del Bosque calls up the forward from Swansea for the injured Villa

Is Neymar a diver? Mourinho, JM and Lennon all accuse him

Spain give up no.1

Nadal lost the final in Beijing to Djokovic

Confronts his new reign with a string of challenges 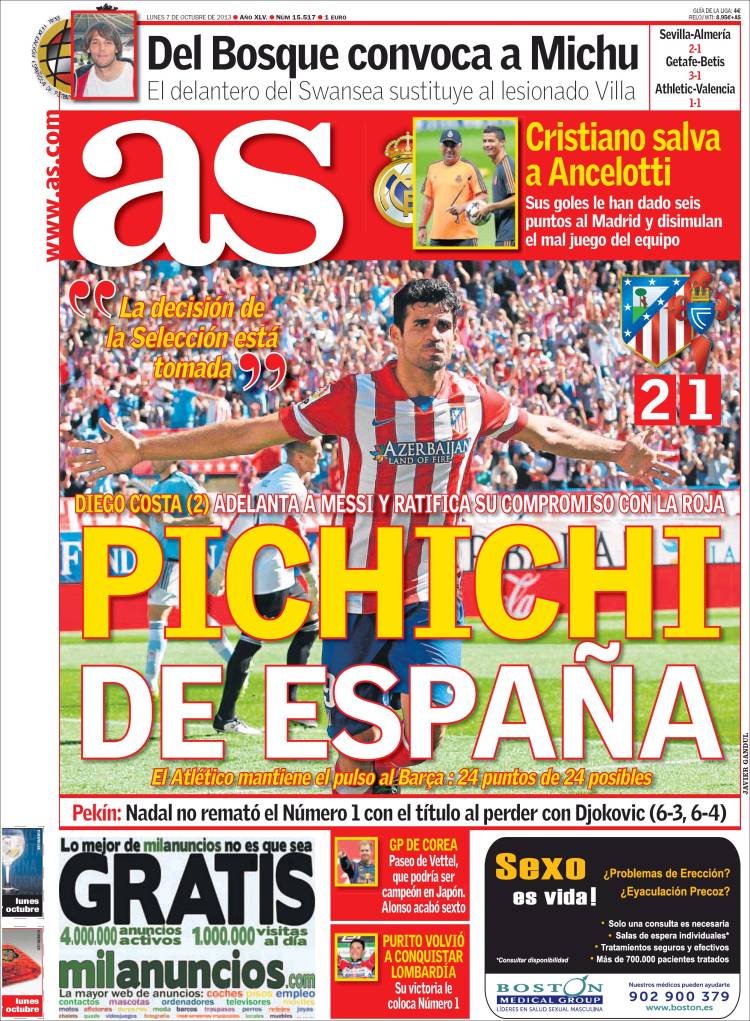 "The decision about Spain is made"

Atletico maintain the pace with Barca: 24 points from 24

Purito returns to conquer Lombardy: His victory takes him to number 1 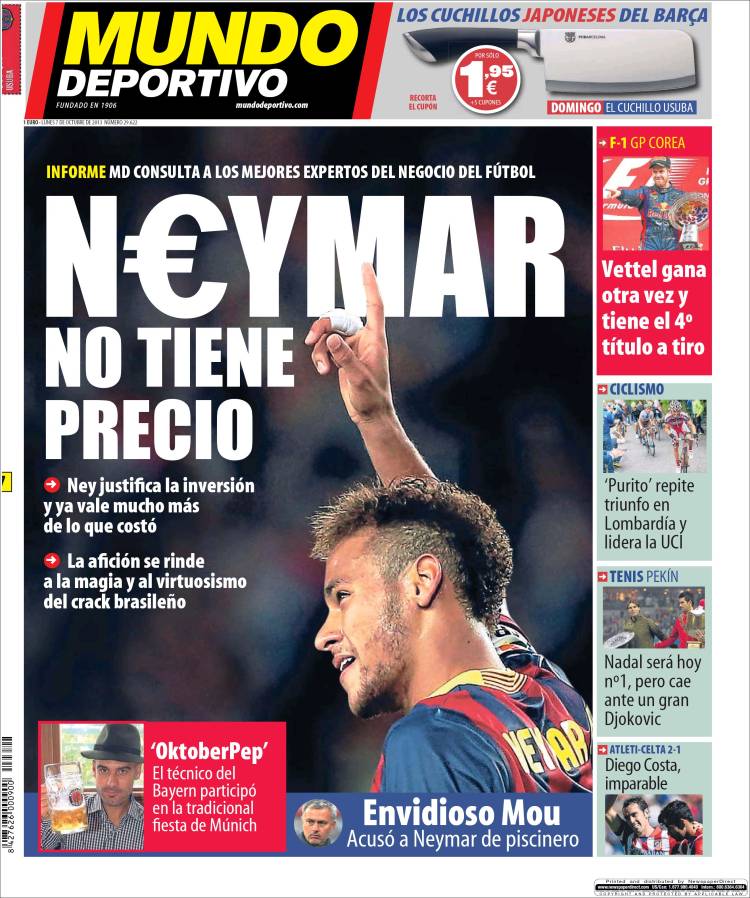 The fans pay homage to his magic and virtuoso performances

Nadal is number 1 but he lost to the great Djokovic

Vettel wins again and has his fourth title in sight