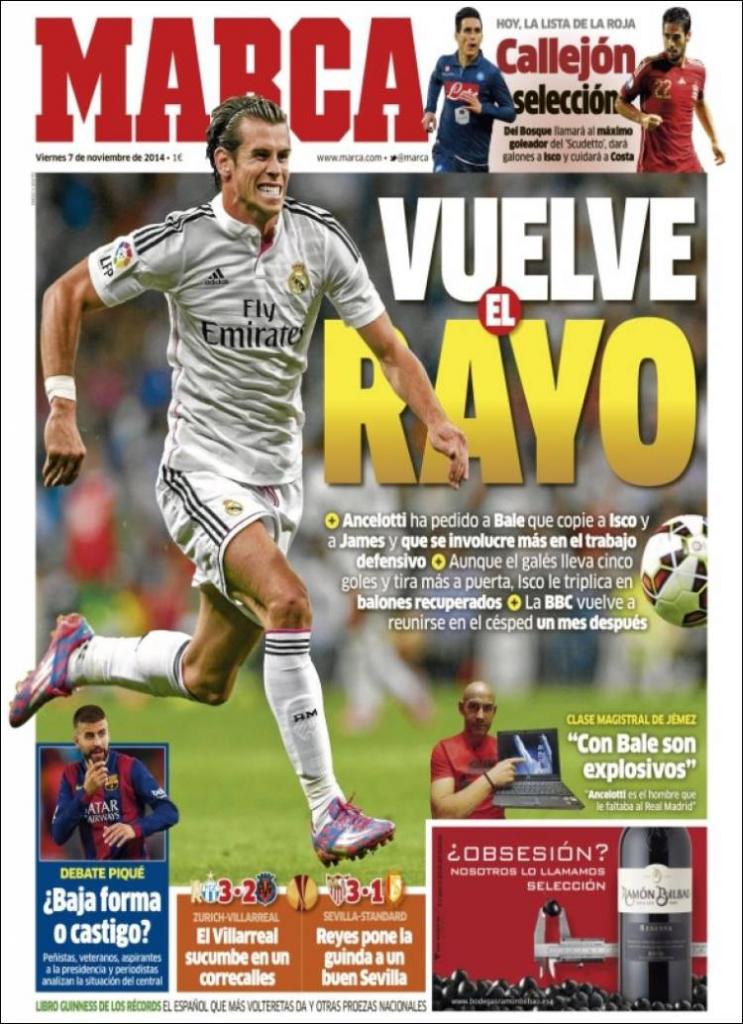 Although the Welshman has five goals and has had more shots at goal, Isco has retrieved three times as many balls

The BBC reunited on the pitch again a month later

“With Bale they are explosive”

“Ancelotti is the man Madrid lacked”

Callejon for the national team

Del Bosque will call up the ‘Scudetto’s’ top scorer, give Isco a leading role, and look after Costa

Pique debate: Out of form or punished?

Villarreal succumb in a streetwalk

Reyes rounds it off for a good Sevilla 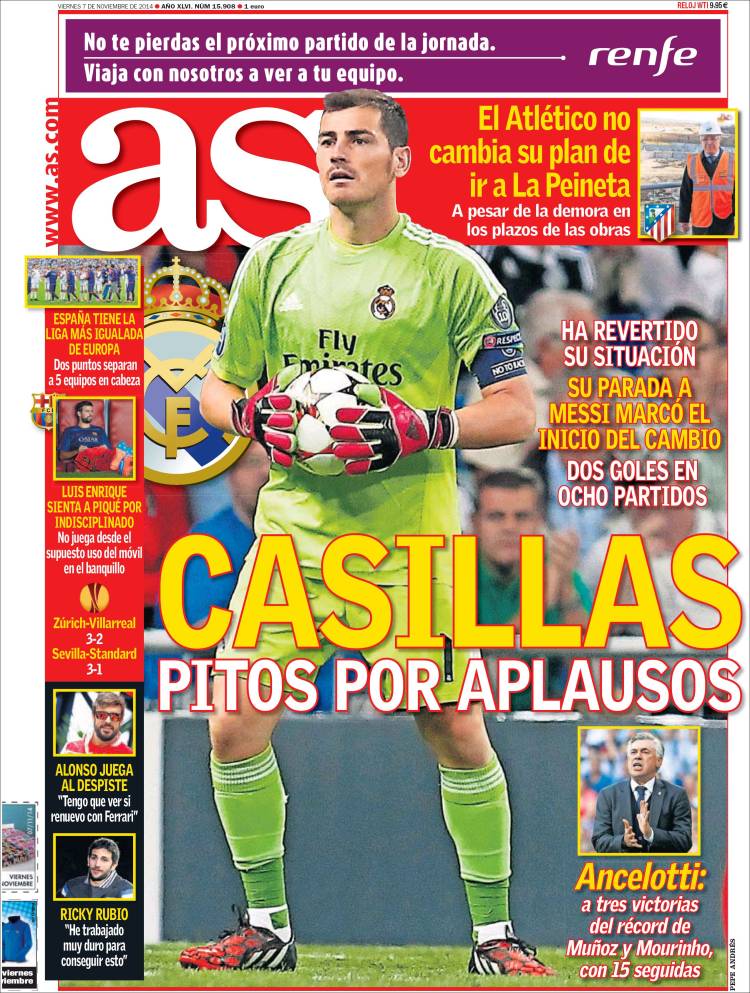 He has reversed the situation

His save from Messi marked the beginning of the change

Ancelotti: Three games away from Munoz and Mourinho’s record of 15 consecutive victories

Spain has the most equal League in Europe: two points separate five teams at the top

Luis Enrique leaves Pique out because of indiscipline: he hasn’t played since the alleged use of a mobile phone on the bench 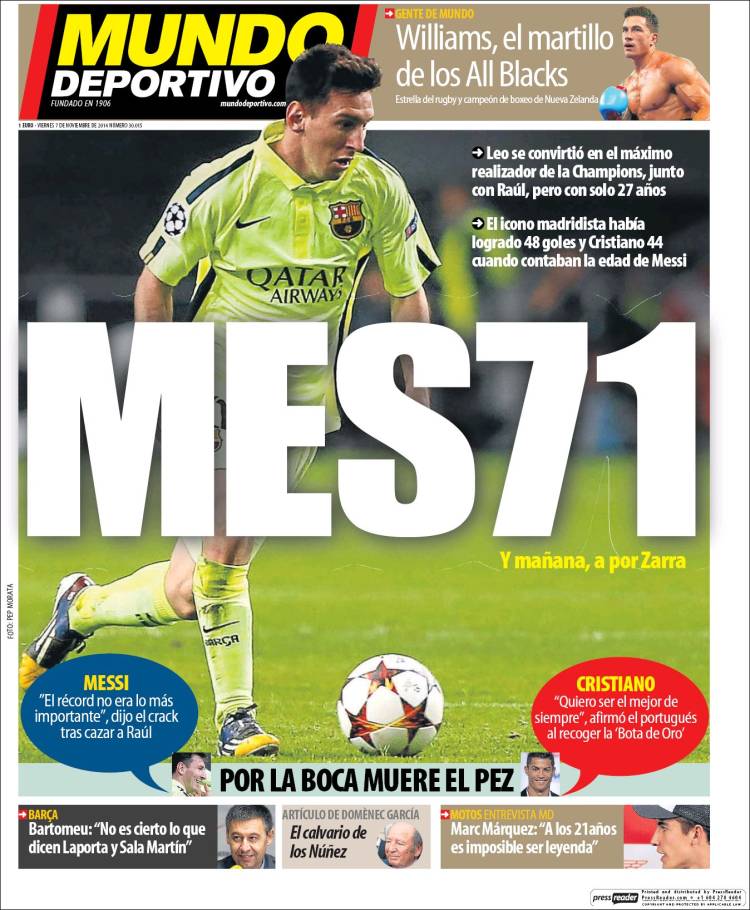 And tomorrow, for Zarra’s record

Leo is the top goalscorer in the Champions League, alongside Raul, but is only 27 years of age

Messi: “The record wasn’t the most important thing,” said the star after surpassing Raul

Cristiano: “I want to be the best ever,” asserted the Portuguese after collecting the Golden Boot

Bartomeu: “It’s not true what Laporta and Sala Martin are saying”