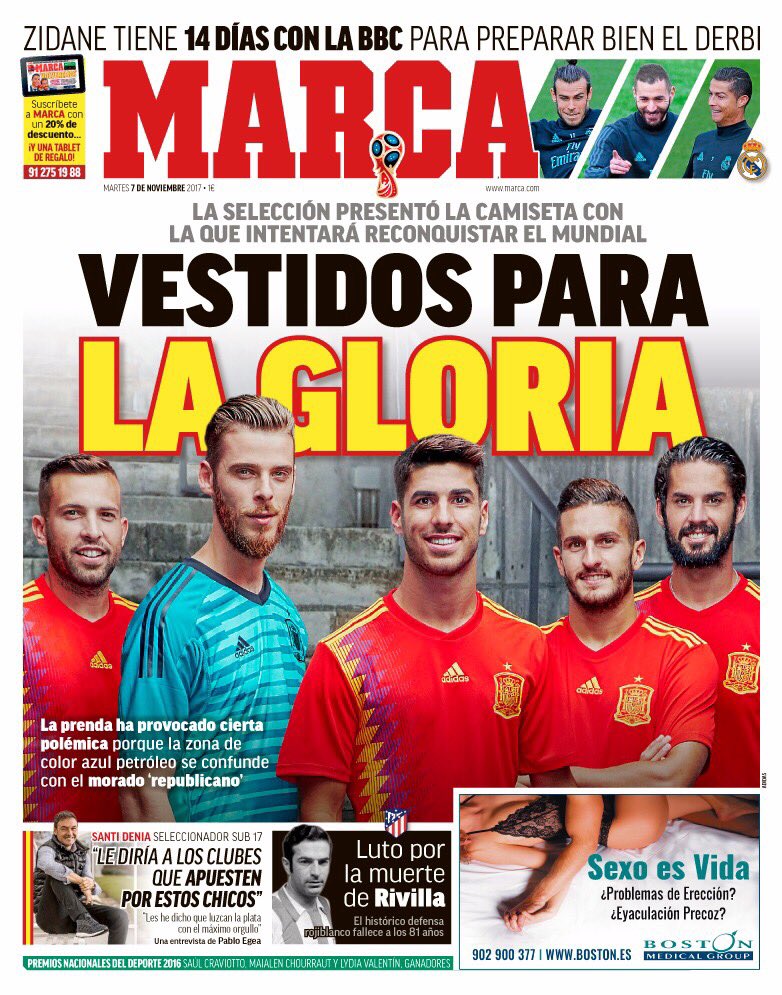 Mourning over the death of Rivilla 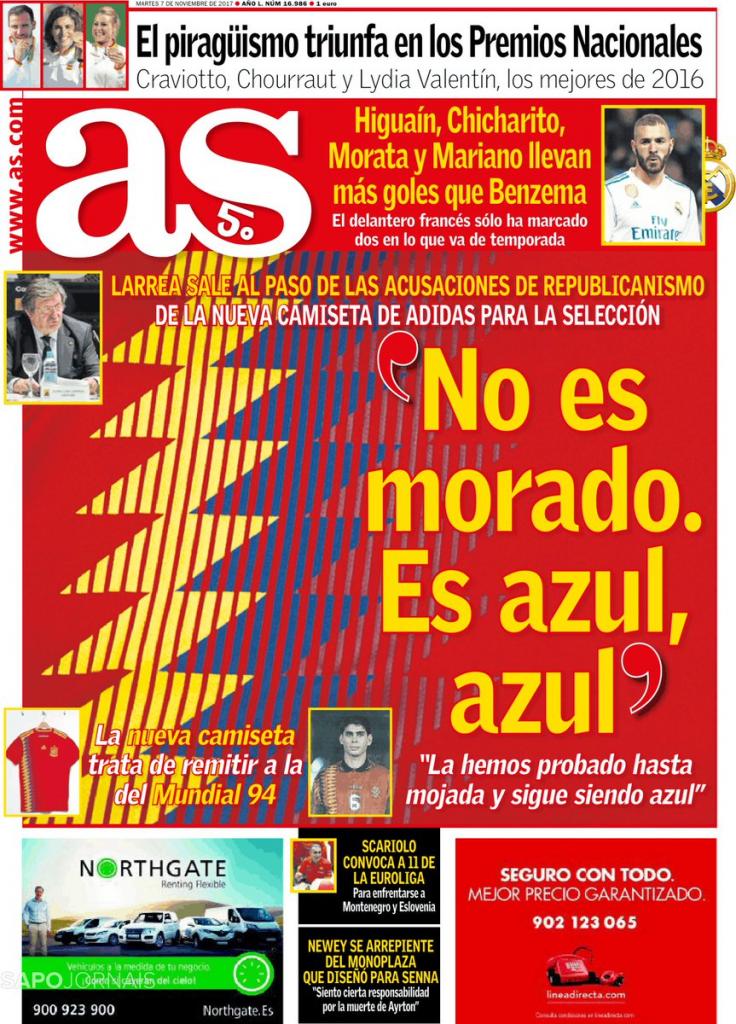 "We have tested it until it's wet and it's still blue"

Higuain, Chicharito, Morata and Mariano all with more goals than Benzema - French forward has scored only twice this season 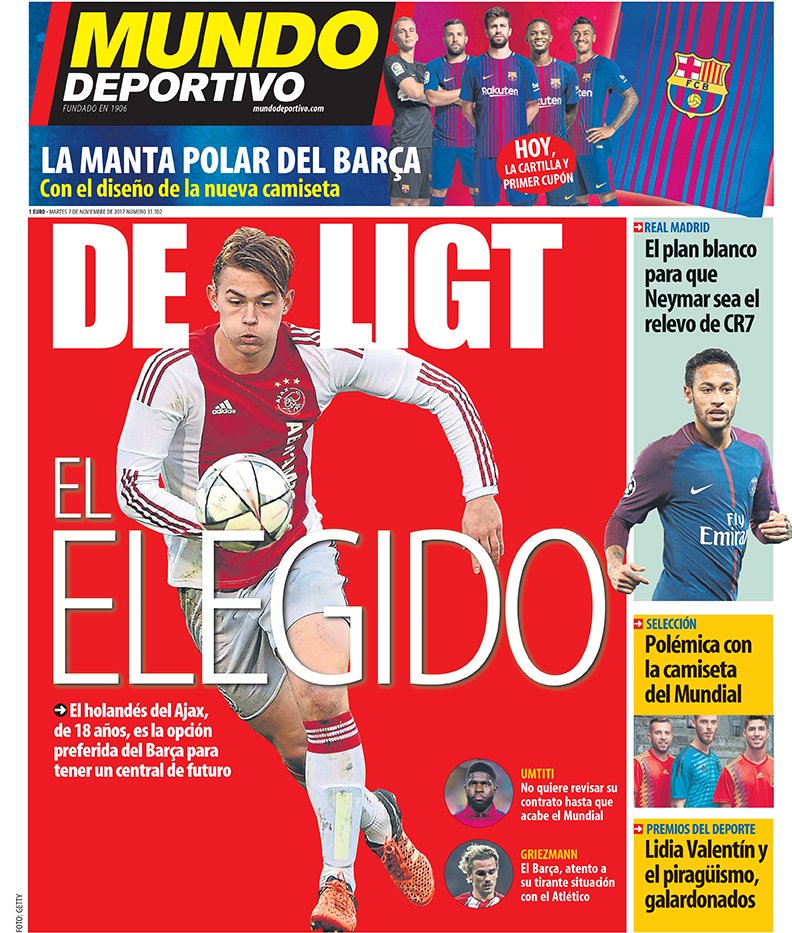 De Ligt - The Chosen One

Umtiti - doesn't want to renew contract until after the World Cup