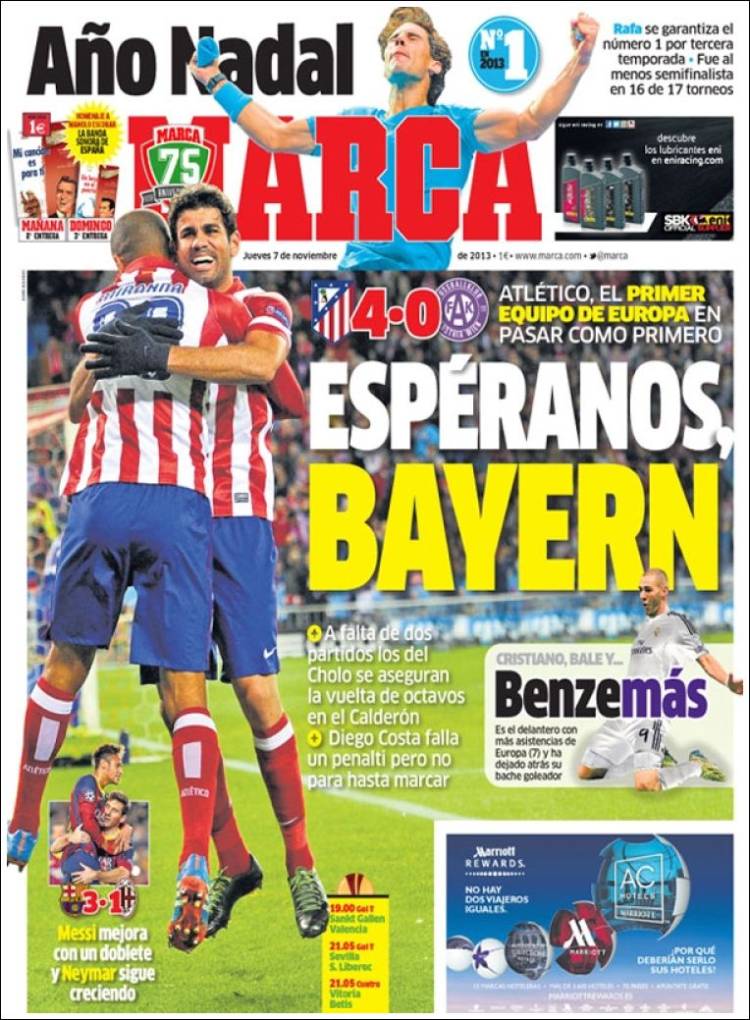 Wait for us, Bayern

Atletico are the first team to progress as first-placed side

Messi improves with a double and Neymar's star continues to rise

Cristiano, Bale and Benzemas..The forward with seven assists though his scoring drought contines..

Rafa guaranteed to be number 1 for third season 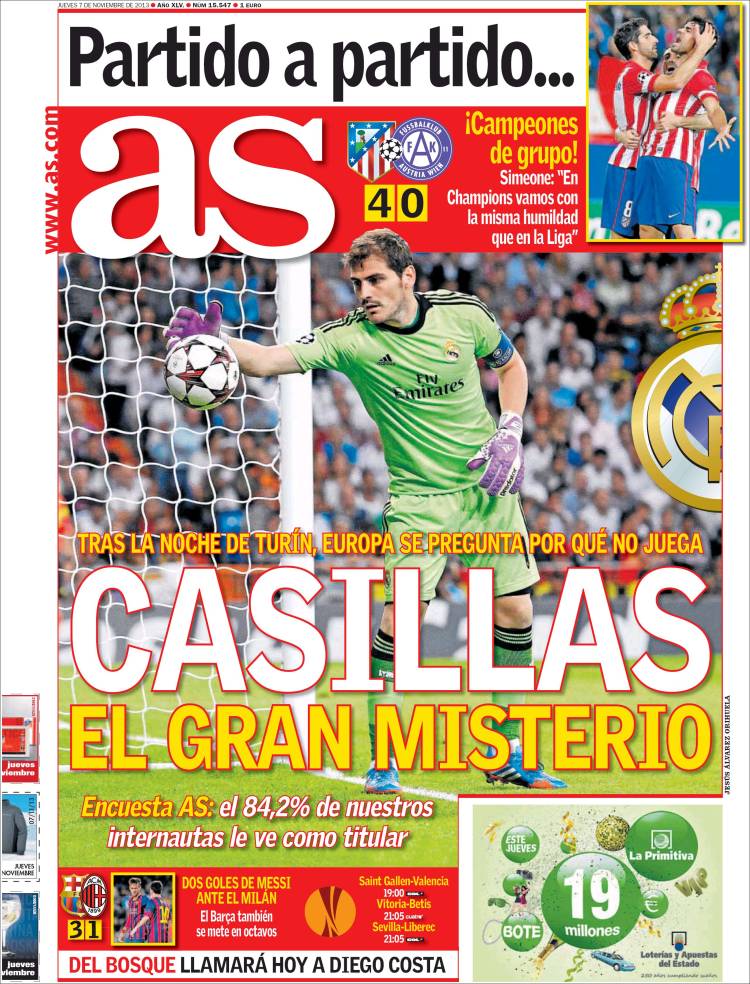 After a night in Turin, Europe asks why does he not play

Survey: 84 per cent of respondents see him as first chocie

Champions of the Group

Simeone: "In the Champions League we are going with the same humility as in La Liga"

Two goals for Messi against Milan

Barca also through to the knockout stages 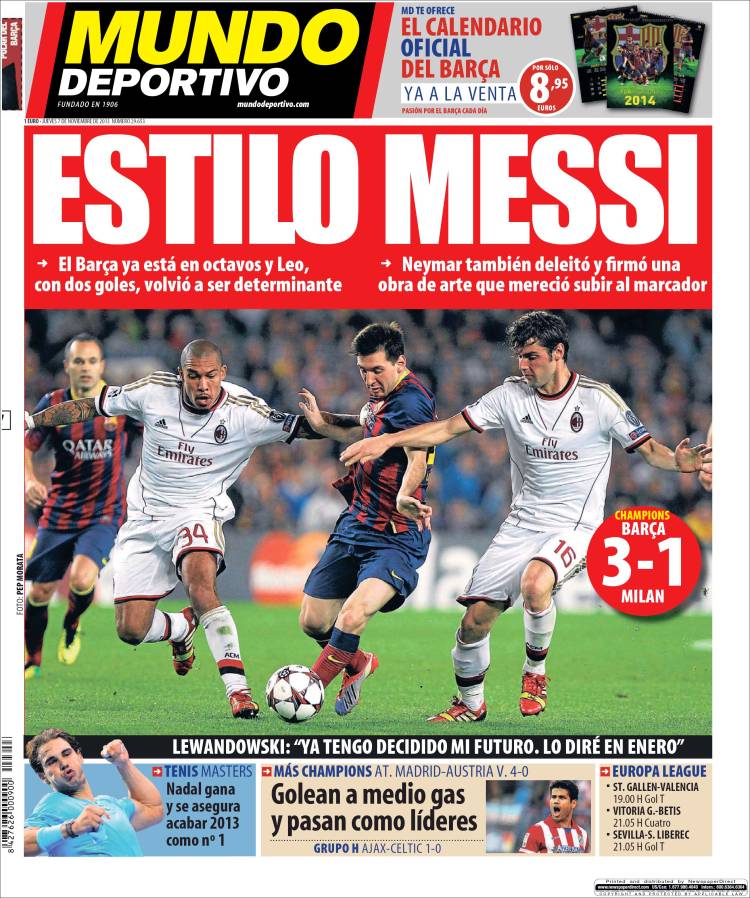 Barca are in the knockout rounds and Leo, with two goals, returned to be decisive

Neymar also delighted, playing a great game that was worthy of a goal

Lewandowski: "I have decided my future, I will reveal it in January"

Atletico Madrid: A goal-feast and they did not even break out of second gear as they pass to the knockout stages as leaders

Tennis: Nadal wins and ensures he will finish 2013 as the world's number 1