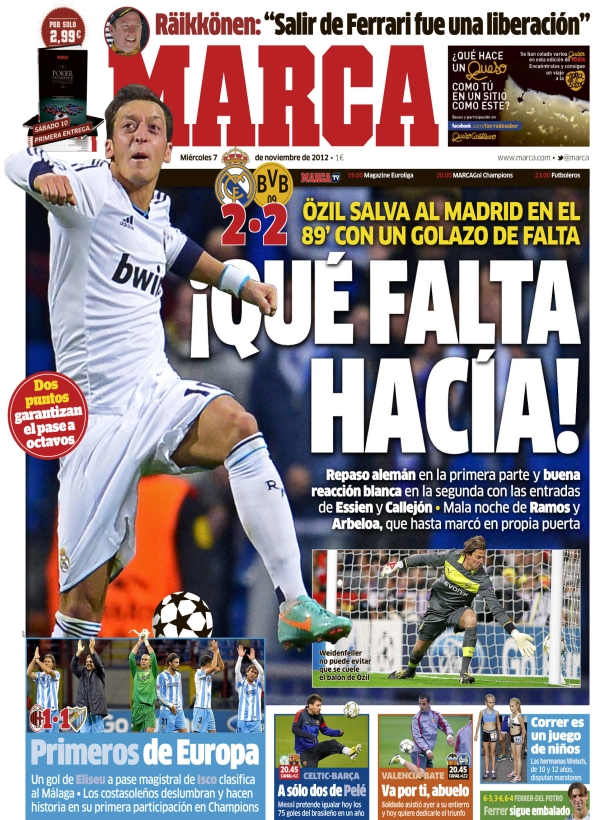 What a free kick!

Bad night for Ramos and Arbeola, who even scored an own goal

First in Europe: Malaga are inspired and make history in their first outing in the Champions League: A goal for Eliseu from a great pass from Isco seals Malaga’s place in the next round.

Just two off Pele: Messi tries to equal tonight the 75 goals the Brazilian scored in one year

This is for you granddad: Soldado was at his grandfather’s funeral yesterday and today wants to dedicate a victory to him. 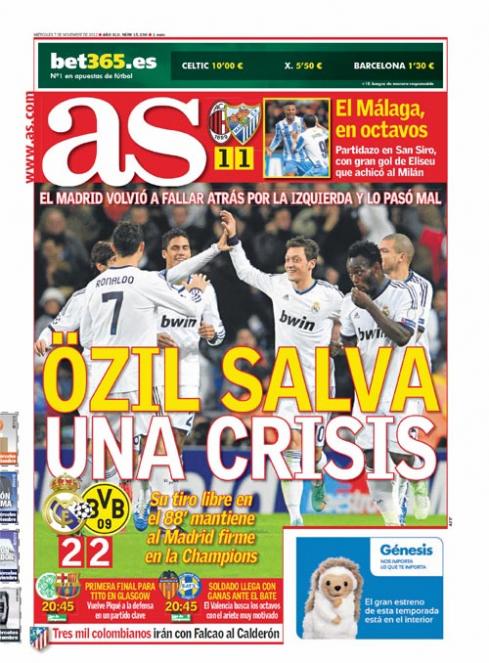 Ozil prevents a crisis: A direct free kick in the 88th minute keeps Real Madrid in the Champions League

The first final for Tito in Glasgow: Pique returns tonight

Soldado with desire: Valencia can go through tonight with a victory over Bate

Three thousand Colombians to go to the Calderon to see Falcao

Malaga are through: Fantastic game in the San Siro with a great goal from Eliseu 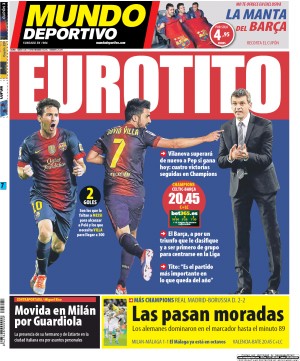 Euro Tito: Vilanova will once again out do Pep if he manages to get his fourth victory in a row.

2 Goals: It is what Messi is missing to pass Pele and what Villa needs to get his 300th

Tito: It the most important game left in the year

Rumbo in Milan: Pep Guardiola’s brother in Milan but claims it was for personal reasons.

Madrid are bruised: The Germans dominate and until the 90th minute