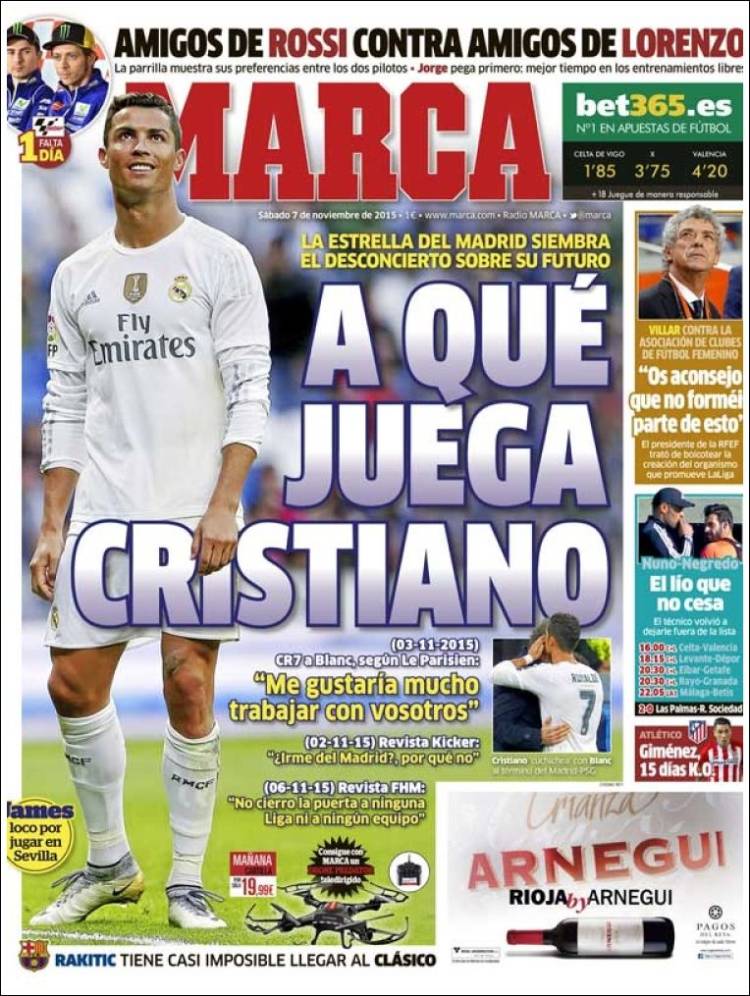 Where will you play, Cristiano?

The Madrid star sows confusion about his future

November 3 - CR7 to Blanc, according to Le Parisien

“I would love to work with you”

“Leaving Madrid? Why not?”

“I will not close the door to any League or team”

Villar goes against the association of women’s football clubs

The Coach returns to leave him out of the squad 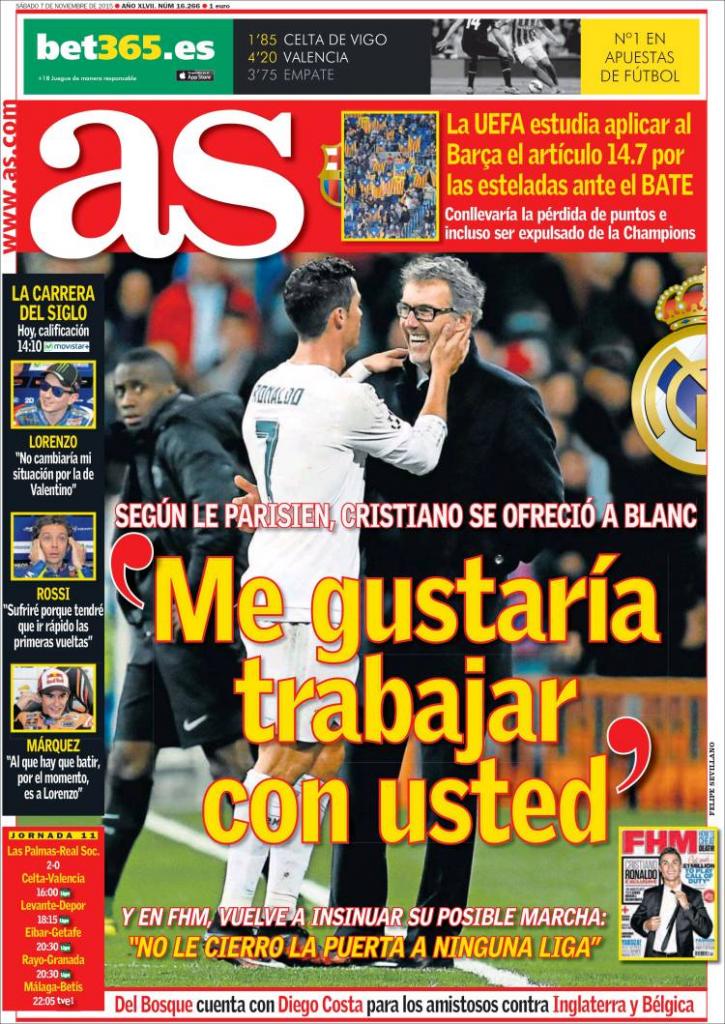 “I would love to work with you”

According to Le Parisien, Ronaldo offered himself to Blanc

He suggests his possible departure again in FHM

“I will not close the door to any League”

UEFA considers applying Article 14.7 to Barca for their use of esteladas against BATE

Entails a points deduction and even expulsion from the Champions League 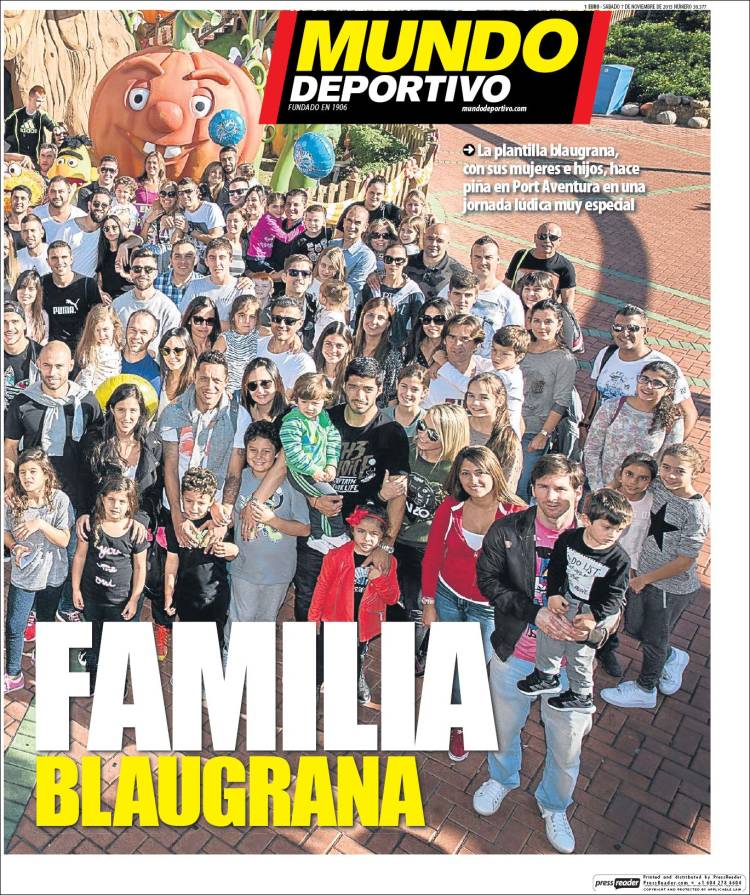 The Barca squad, with their wives and children, unite at PortAventura for a special day of fun