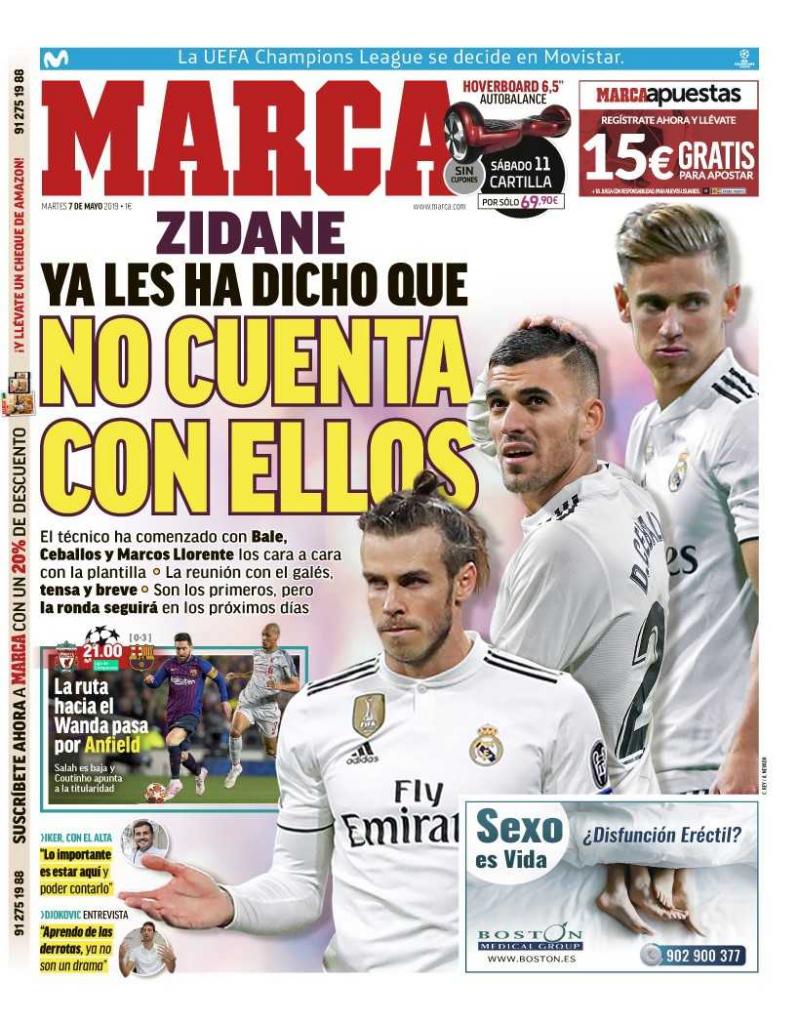 Zidane has already said he is not counting on them

Bale, Ceballos and Llorente told they will not form part of Madrid's plans, all players having face-to-face meetings, chat with Bale short and tense

The route to the Wanda goes to Anfield - Salah is injured, Coutinho points towards a start 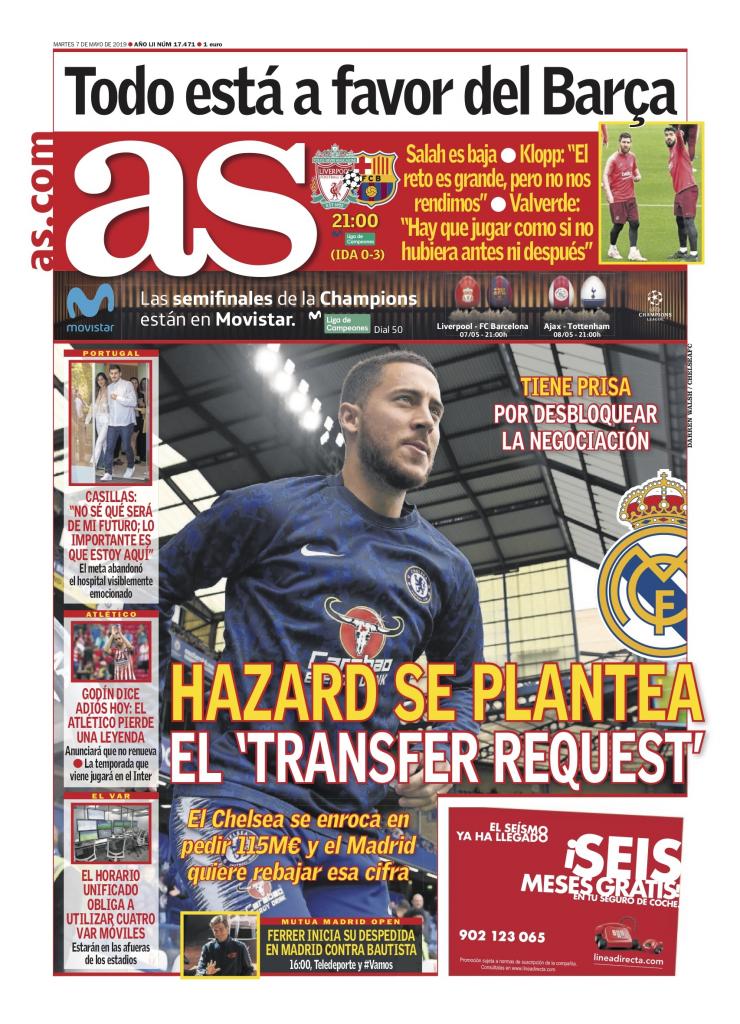 Chelsea ask for 115m, Madrid want to lower that figure

Everything is in Barca's favour - Salah is injured, Klopp: "The challenge is big, but we won't give up" - Valverde: "You have to play as if this was not before nor after"

Casillas: "I don't know what my future will be, the important thing is that I'm here" 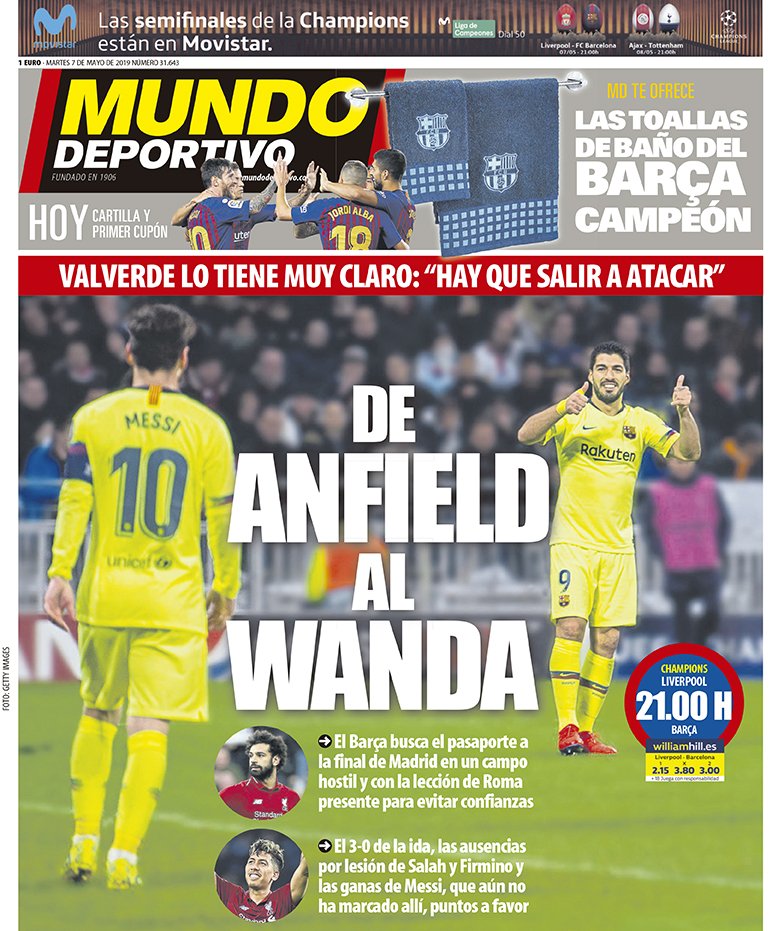 From Anfield to the Wanda

Valverde is very clear: "You have to go to attack"

Roma nightmare still in Barca's mind ahead of a tough venue, Salah and Firmino injured, Messi has never scored here