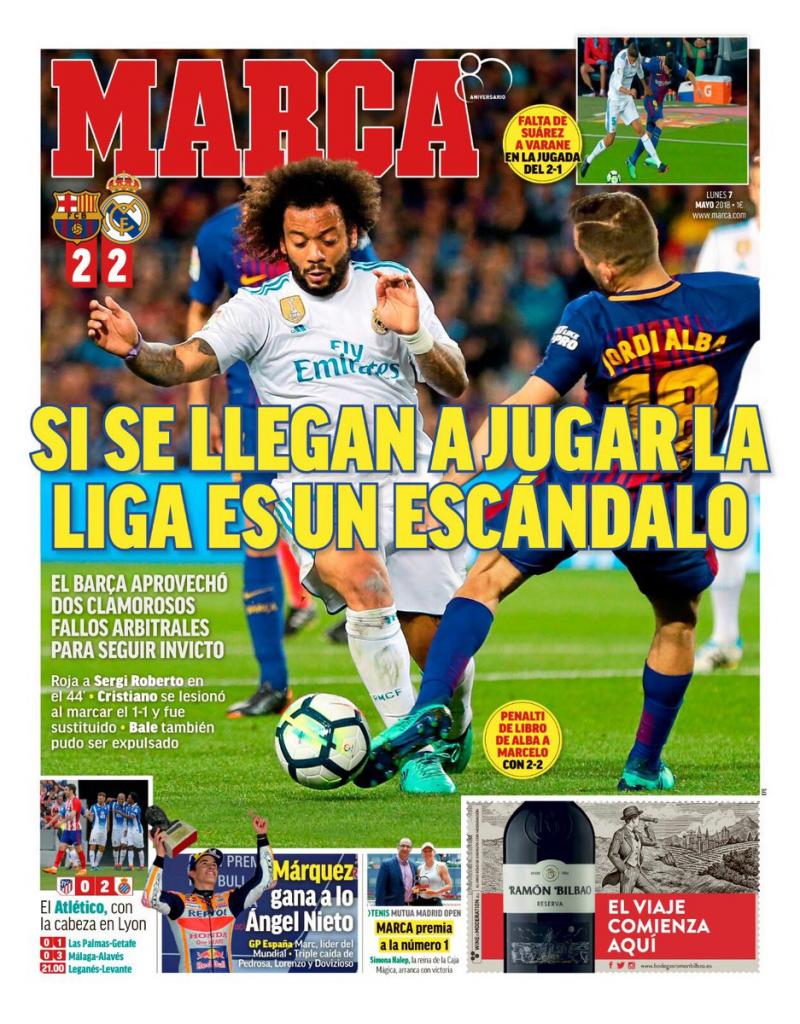 If they had come to play for the League title, it would have been a scandal!

Red card for Sergi Roberto, Ronaldo scores and gets injured, Bale could have also been sent off

Suarez fouls Varane for the goal at 2-1

Atletico have their heads in Lyon 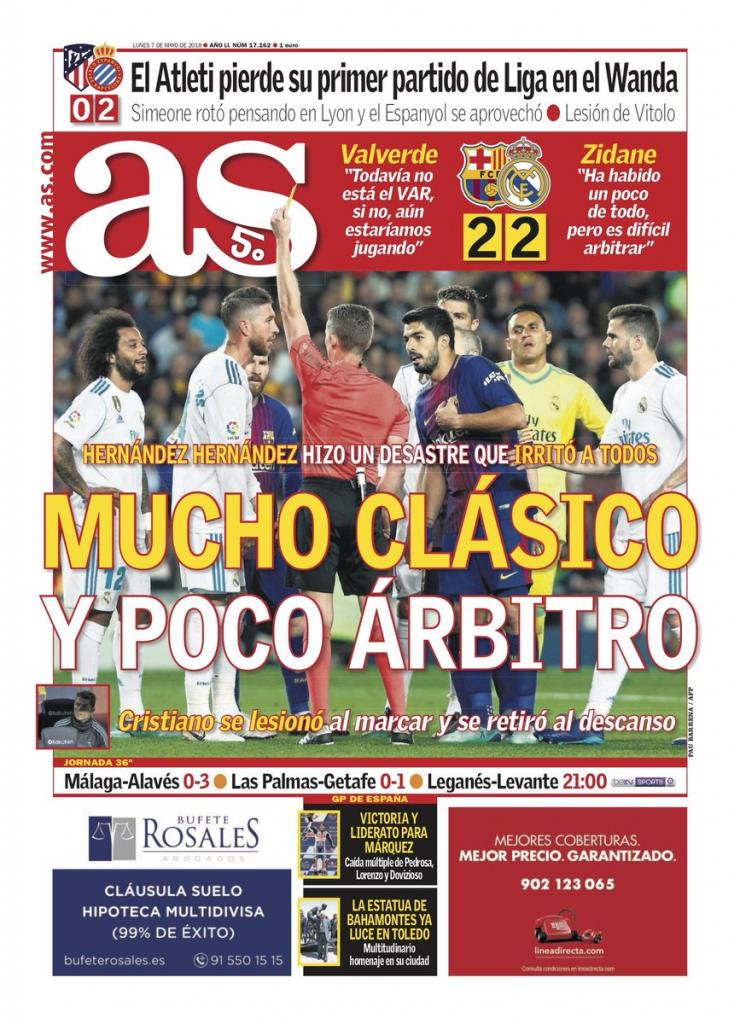 Hernandez Hernandez has a disaster, infuriating everyone

Cristiano got injured after scoring, brought off at half-time

Valverde: We would still be playing if there was VAR

Zidane: It's been difficult for everyone, but refereeing is hard 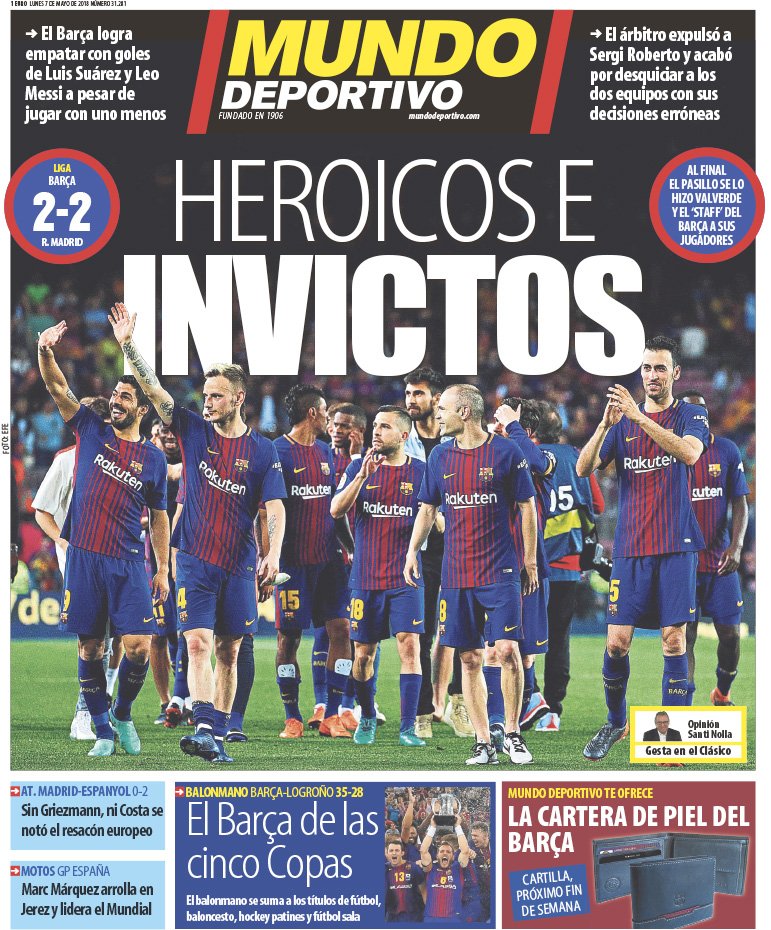 Barca score through Suarez and Messi, the referee sends off Roberto and both teams are affected by bad decisions

Without Griezmann and Costa, Atleti lose with Euro dream