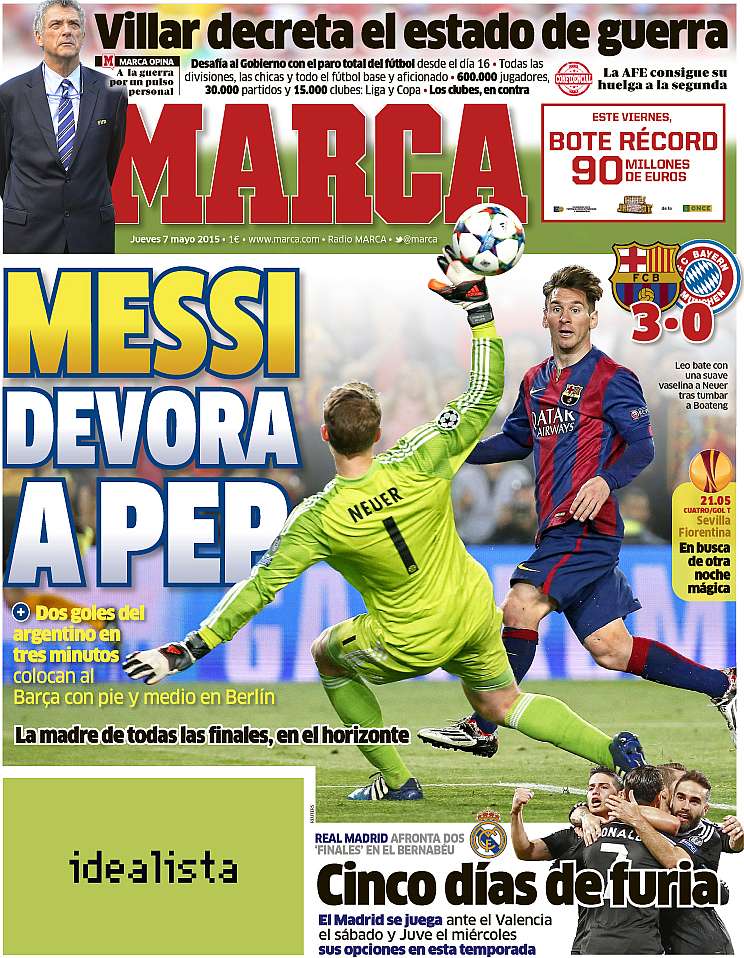 The mother of all finals, on the horizon

Sevilla-Fiorentina: in search of another magical night

Villar declares a state of war

Marca opinion: at war from a personal viewpoint

Every division, ladies and youth football, as well as supporters

The clubs are against it

The AFE consign their strike to La Segunda

Madrid will play against Valencia on Saturday and Juve on Wednesday, their last chances for this season 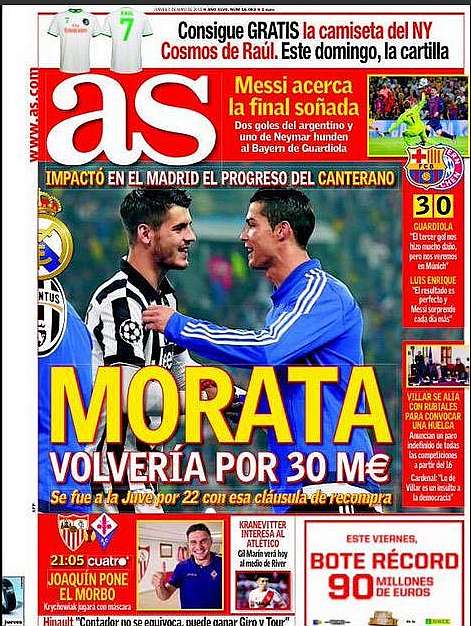 Morata could return for €30m

He went to Juve for €22m with a buy-back clause

The progress of the youngster has made an impact in Madrid

Guardiola: “The third goal did a lot of damage but we’ll see you in Munich”

Luis Enrique: “The result was perfect and Messi surprises you more every day”

Villar joins forces with Rubiales to call a strike

They announce an indefinite stoppage in all competitions from the 16th

Cardenal: “What Villar has done is an insult to democracy”

Krychowiak will play in a mask 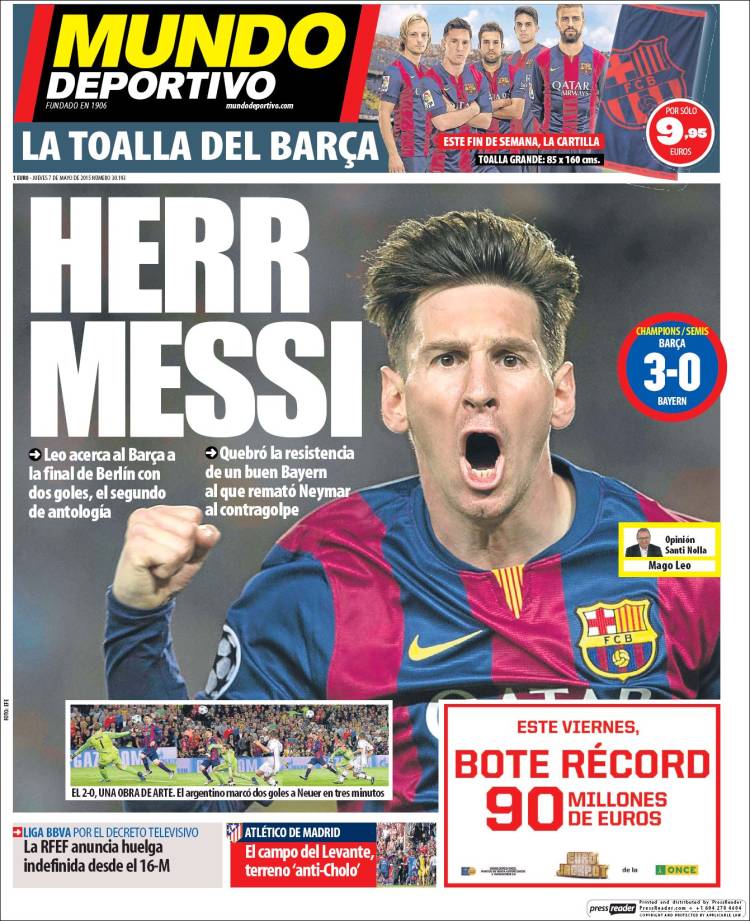 Leo takes Barca closer to the Berlin final with two goals, the second a collector’s item

The 2-0 a work of art. The Argentine scored two goals against Neuer within three minutes

The RFEF announce an indefinite strike from May 16