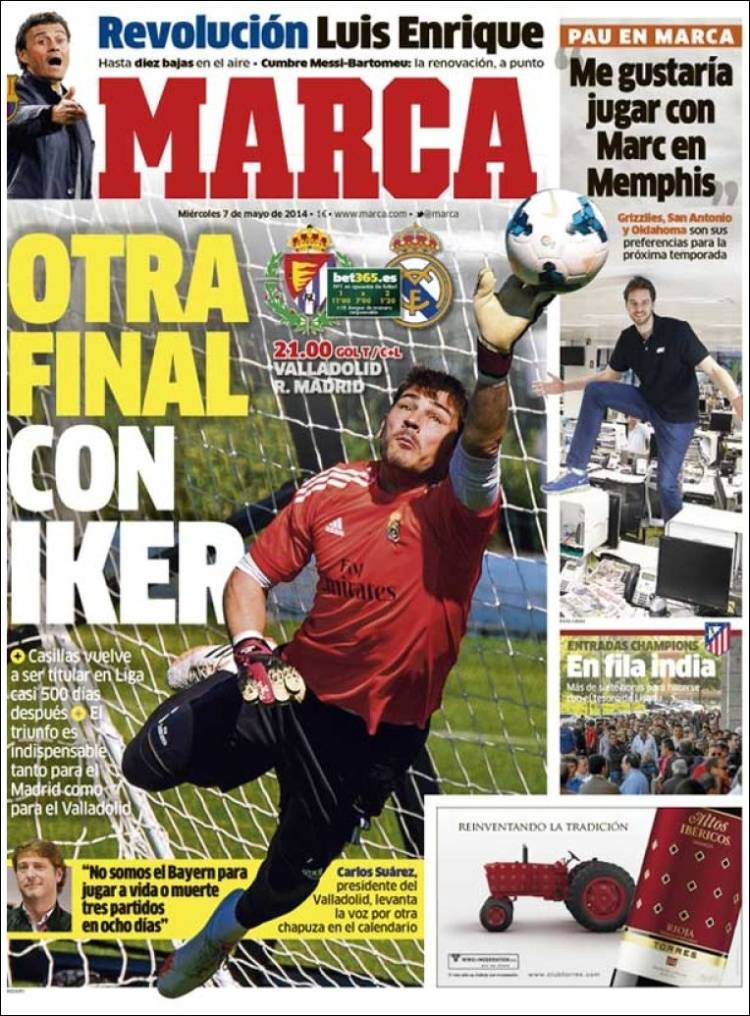 Another final with Iker

Casillas returns to start in La Liga after almost 500 days

Up to ten players could leave

Messi and Bartomeu meet, a new contract is close

Carlos Suarez: “We are not Bayern, we cannot play three games in eight days that mean life or death”

Valladolid president lashes out at calendar 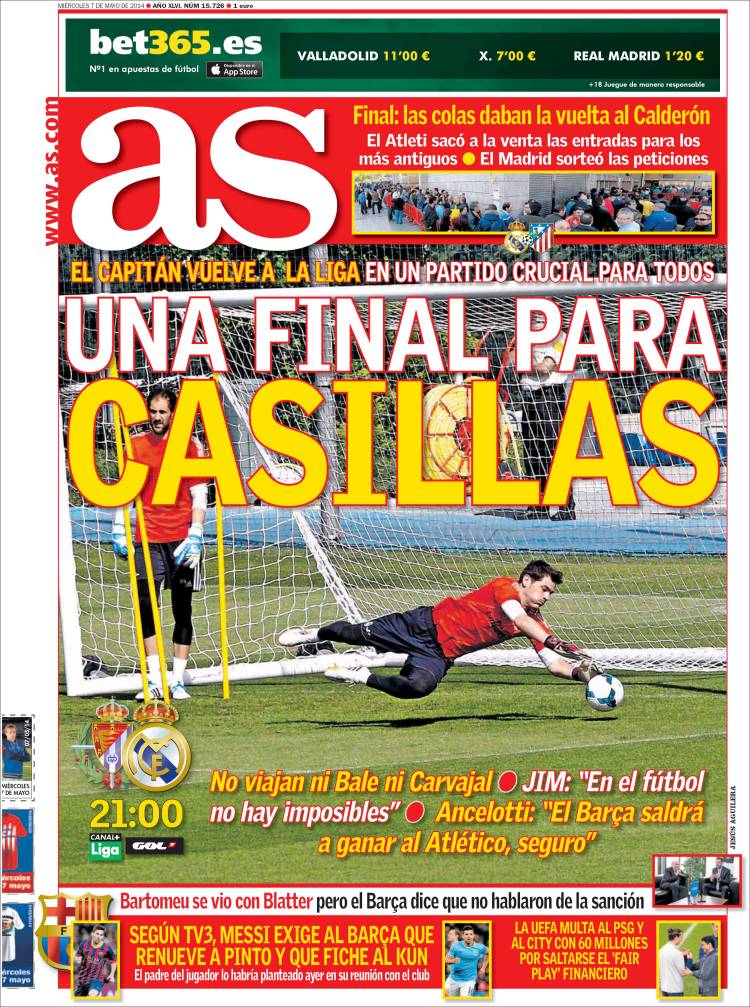 A final for Casillas

Bale and Carvajal do not travel

JIM: “In football nothing is impossible”

Ancelotti: “Barca will go out to win against Atletico, that is for sure”

According to TV3, Messi demands Barca to renew Pinto’s contract and sign Kun

His father has made the demands to the club yesterday 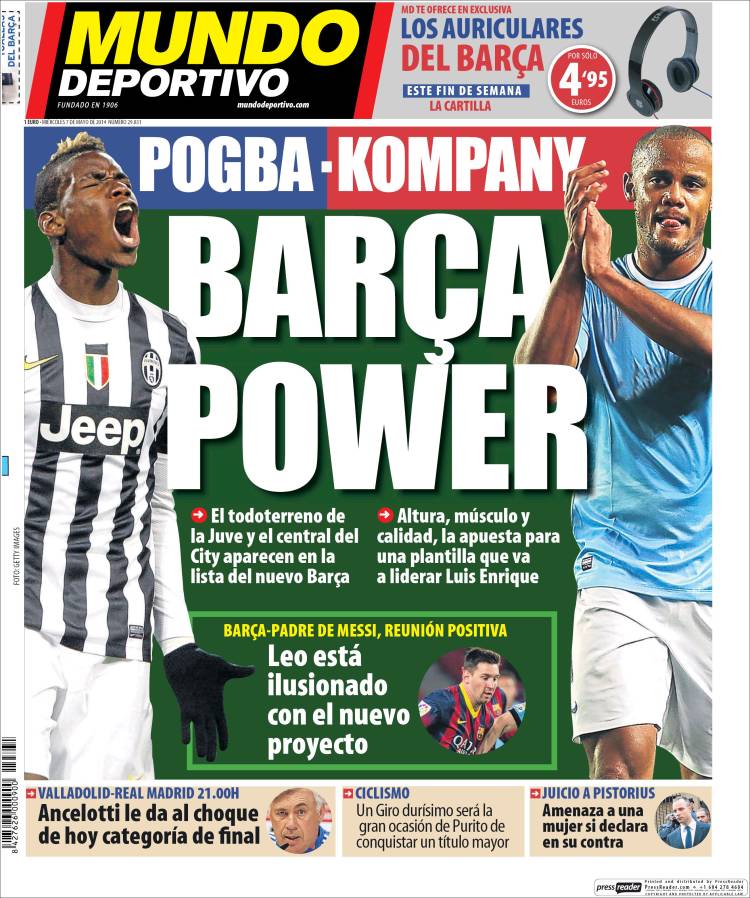 The all-round midfielder from Juve now on Barca’s list

Messi meets Bartomeu: Messi is enticed by the new project

Pistorius trial: He threatened a lady if she went against him