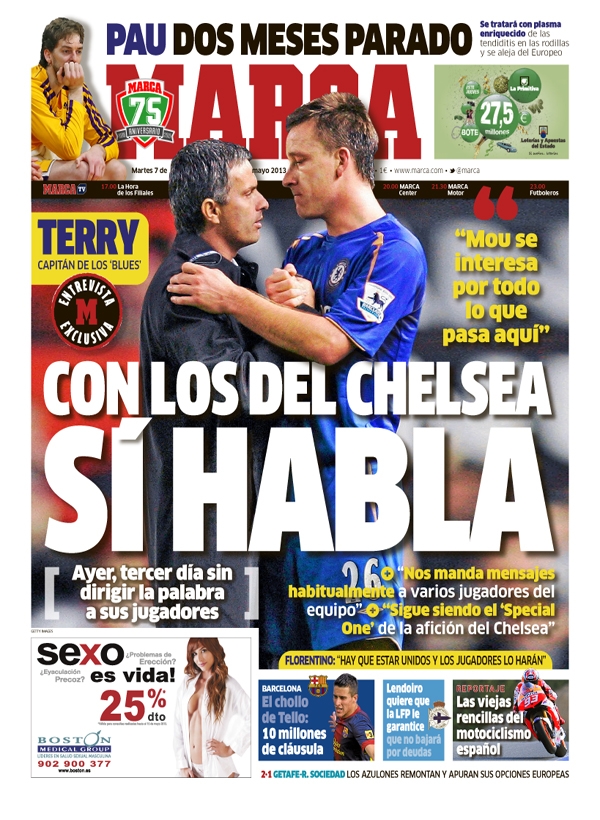 Interview with Terry, captain of the Blues

"Mou is interested in everything that happens here," Terry

With speaks with us here at Chelsea

"He often sends message to various players in the team," Terry

"He remains the Special One to the Chelsea fans." Terry

Florentino: "The players have to go on united"

Barcelona: Tello at a bargain price

€10 million is his clause

Report: A quarrel of the old ladies of Spanish motorcycling 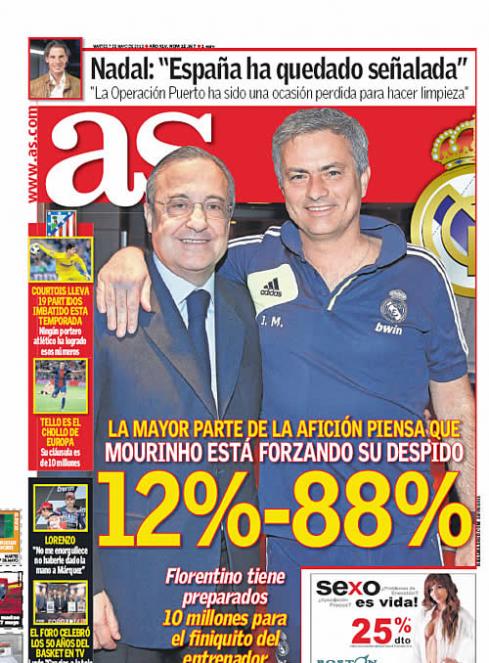 The majority of fans think that Mourinho is forcing his exit

Florentino has prepared €10 million settlement for the coach

Not one goalkeeper from Atletico has achieved these numbers

Tello is the bargain of the Europe

His clause is just €10 million

Lorenzo: "It does not fill me with pride to not have given a handshake to Marquez"

The forum celebrates 50 years of basketball in Television

Luyk: "Thanks to televisions I met my wife"

Nadal: "Spain has remained a symbol"

"Operation Puerto has been one opportunity lost to clean up sport" 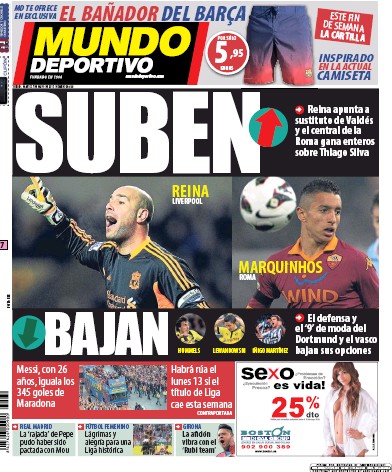 Reina the replacement for Valdes and Marquinhos over Thiago Silva

The defender. the fashionable number 9 from Dortmund and the Basque no longer options

Real Madrid: Mou has devised a plan to force his exit

Women's football: Tears of happiness as they record an historic title

Moto GP: Marquez studies how to pass his great rivals