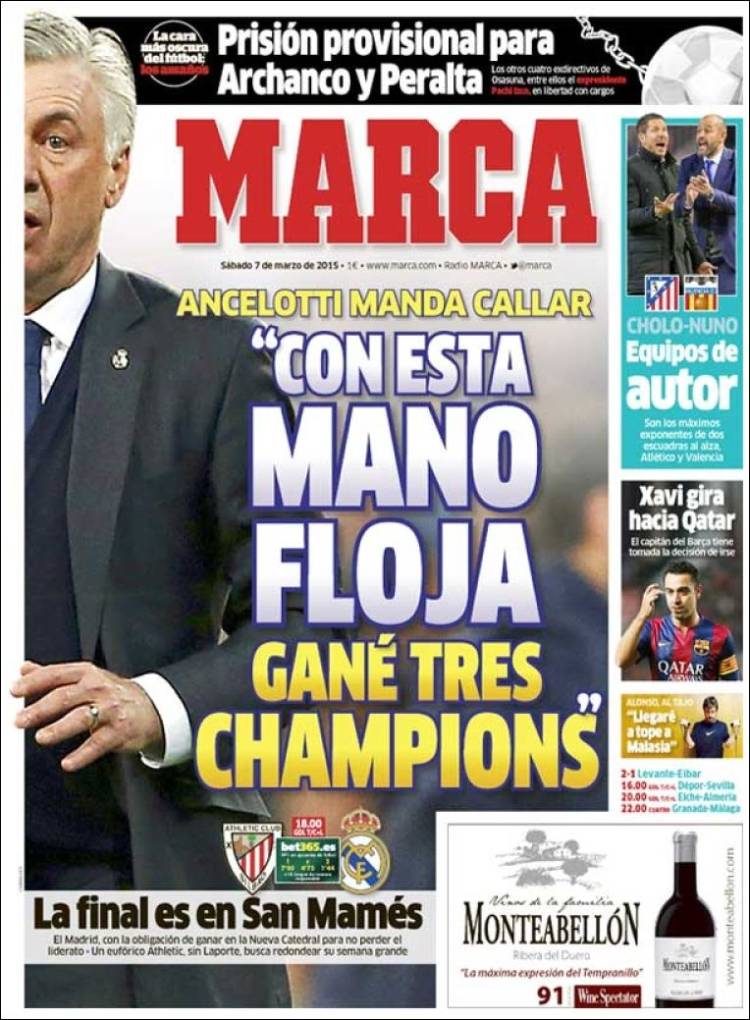 “With this lenient approach I won three Champions Leagues”

Ancelotti shuts them up

The dark side of football: match-fixing

Temporary imprisonment for Archanco and Peralta

The final is at San Mames: Madrid are obligated to win at the New Cathedral so they don’t lose the leadership

A euphoric Athletic, without Laporte, look to round off a great week

Cholo-Nuno: copyright teams. They are the ultimate exponents of two teams on the up, Atletico and Valencia

Xavi turns towards Qatar: the Barcelona captain has taken the decision to go there 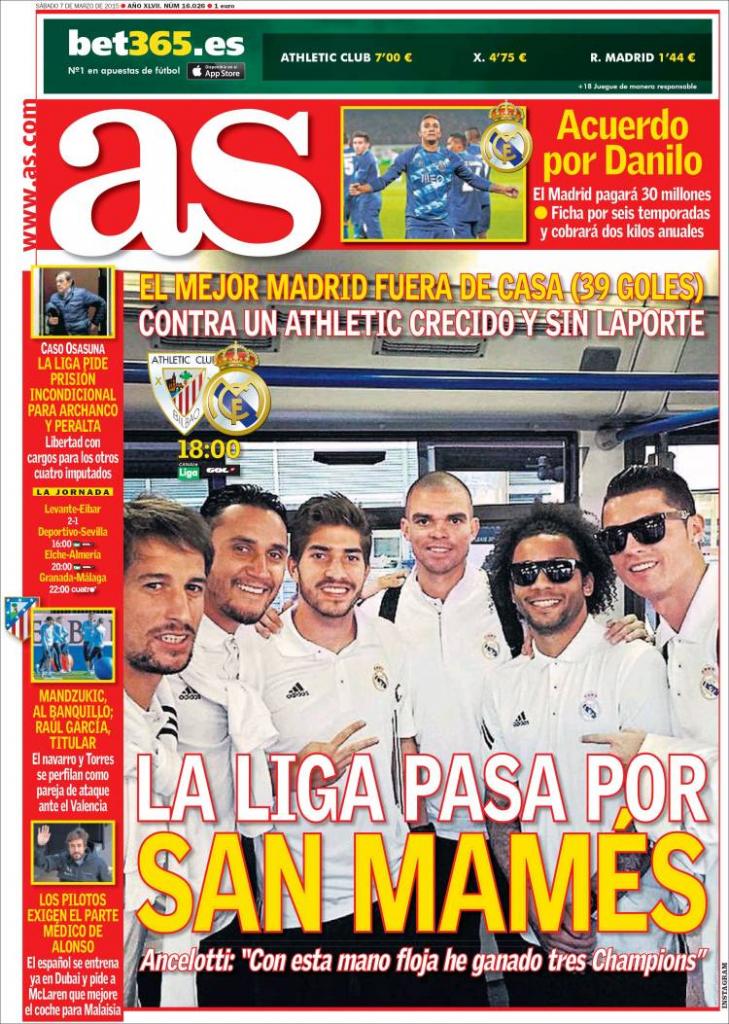 Agreement for Danilo: Madrid will pay €30m. He signs for six seasons and will earn €2m-a-year

Osasuna case: the League asks for unconditional imprisonment for Archanco and Peralta

Freedom with charges for the other four accused

Mandzukic on the bench: Raul Garcia in the starting line-up

The Navarro player and Torres the planned attacking duo against Valencia 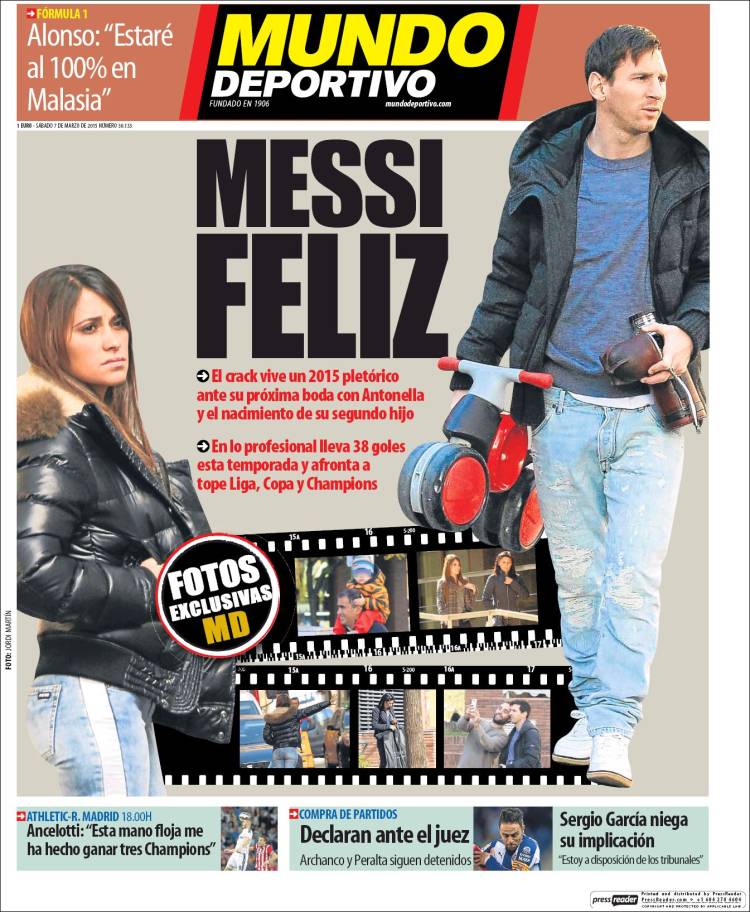 Professionally he has 38 goals and will be at his best ahead of the League, Cup and Champions League

The buying of matches: they will testify before the judge. Archanco and Peralta still under arrest

Sergio Garcia denies being involved: “I am available to the courts”