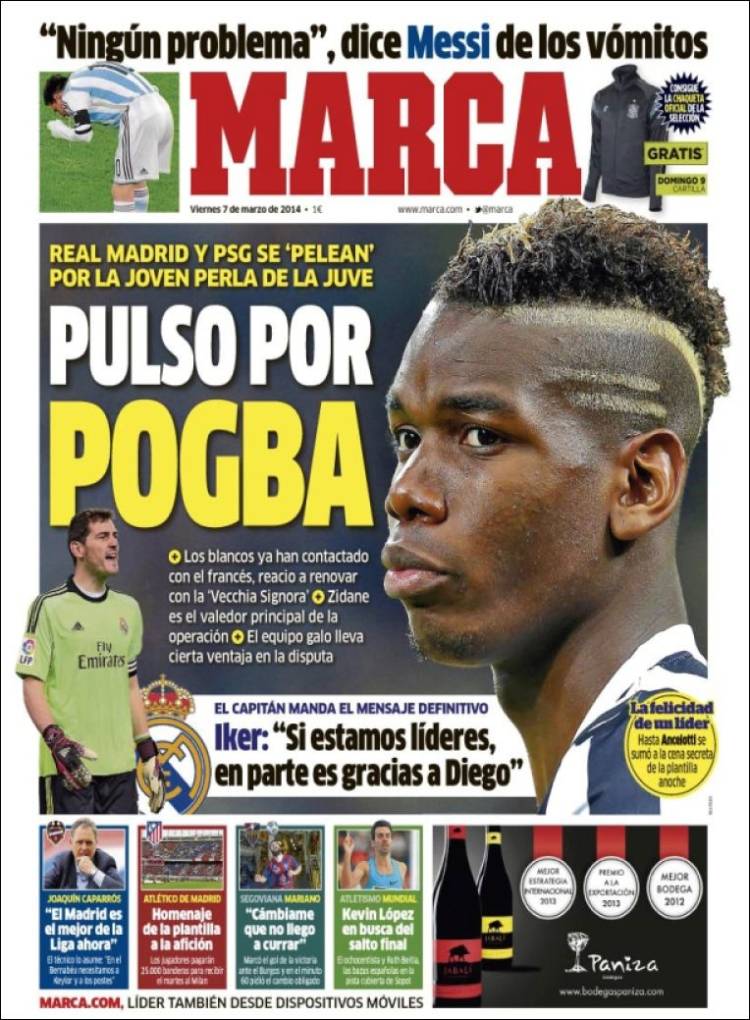 Real Madrid and PSG fight for the young pearl of Juve

Zidane is playing a key role in the transfer

The French side have a certain advantage however

"There is no problem," says Messi in regards to his vomiting during the week

The captain sends a message: "If we are leading La Liga, it is in part due to Diego Lopez"

A happy leader: Carlo Ancelotti has a secret dinner with his team

Atletico Madrid: Homage to the fans

Athletics: Kevin Lopez looking to impress in the final 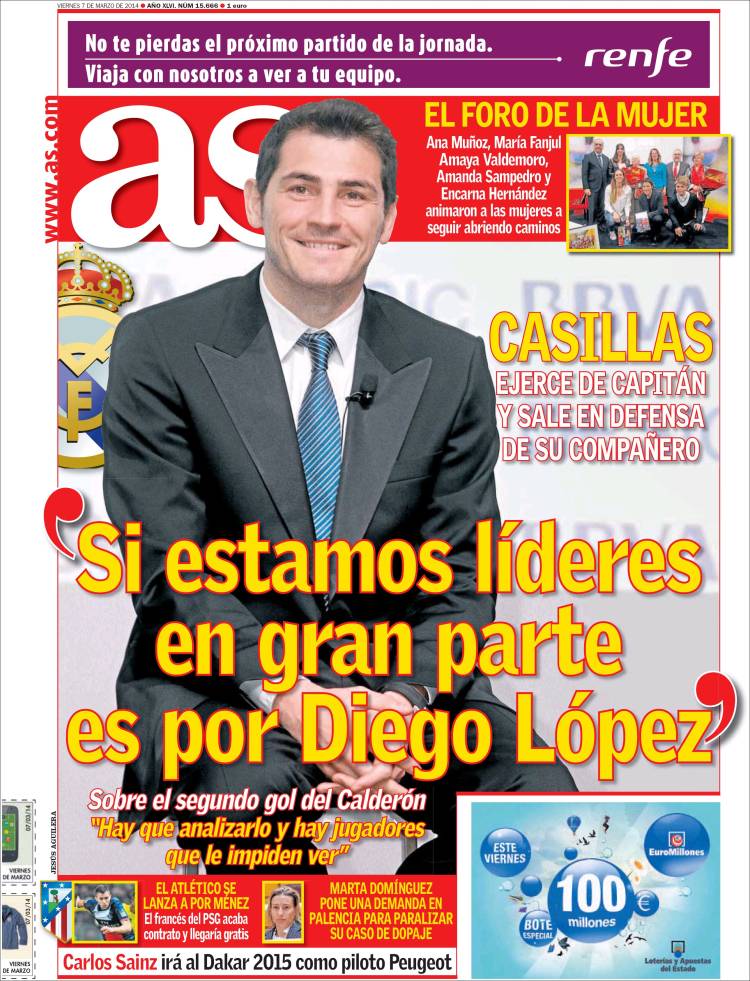 Casillas, the captain, comes out in defence of Diego Lopez

"If we are leaders, it is in part due to Diego Lopez"

About the second goal at the Calderon: "Analysing the goal it is clear there were players that impeded his ability to see the ball" 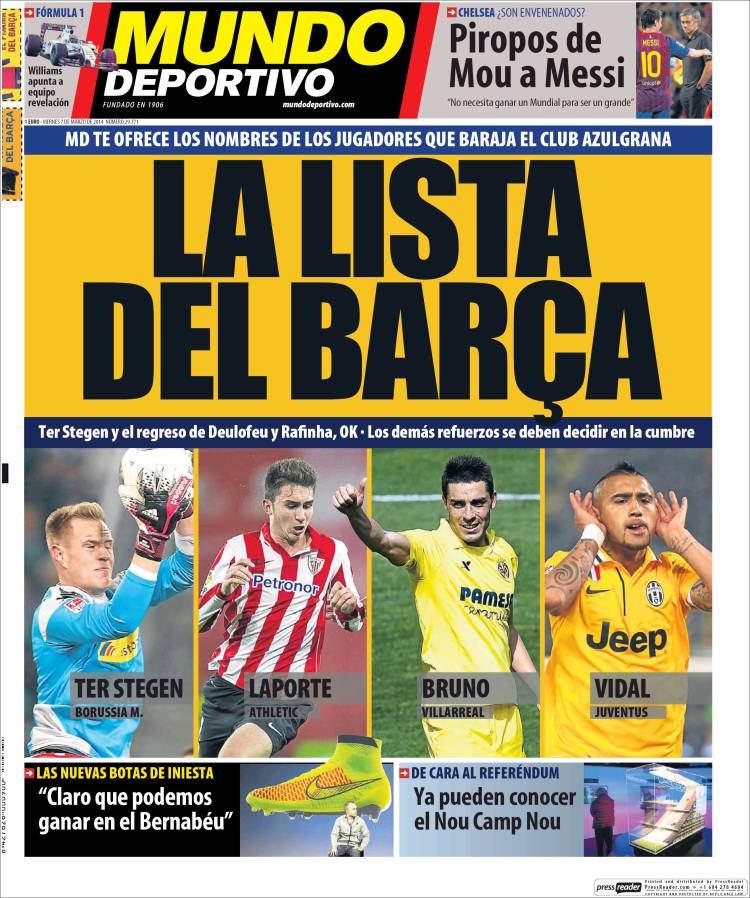 Ter Stegen and Deulofeu and Rafinha to return

Chelsea's Mou: "Messi does not need to win the World Cup to be the best"

Iniesta's new boots: "For sure we can win at the Bernabeu"