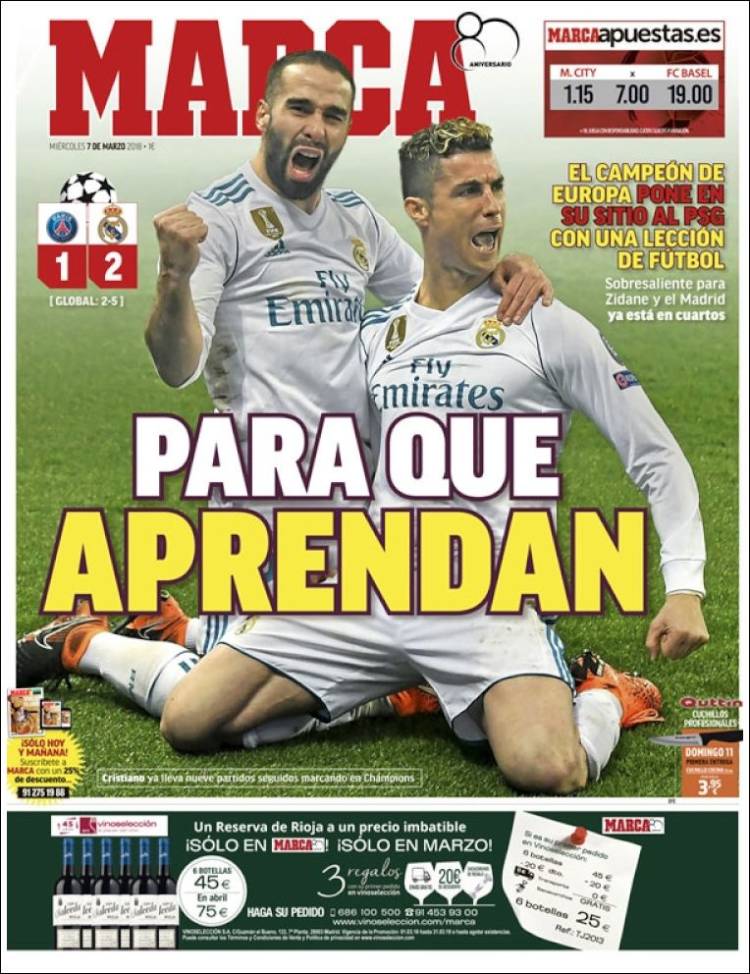 Champions of Europe teach PSG a football lesson - outstanding from Zidane's side, into QFs 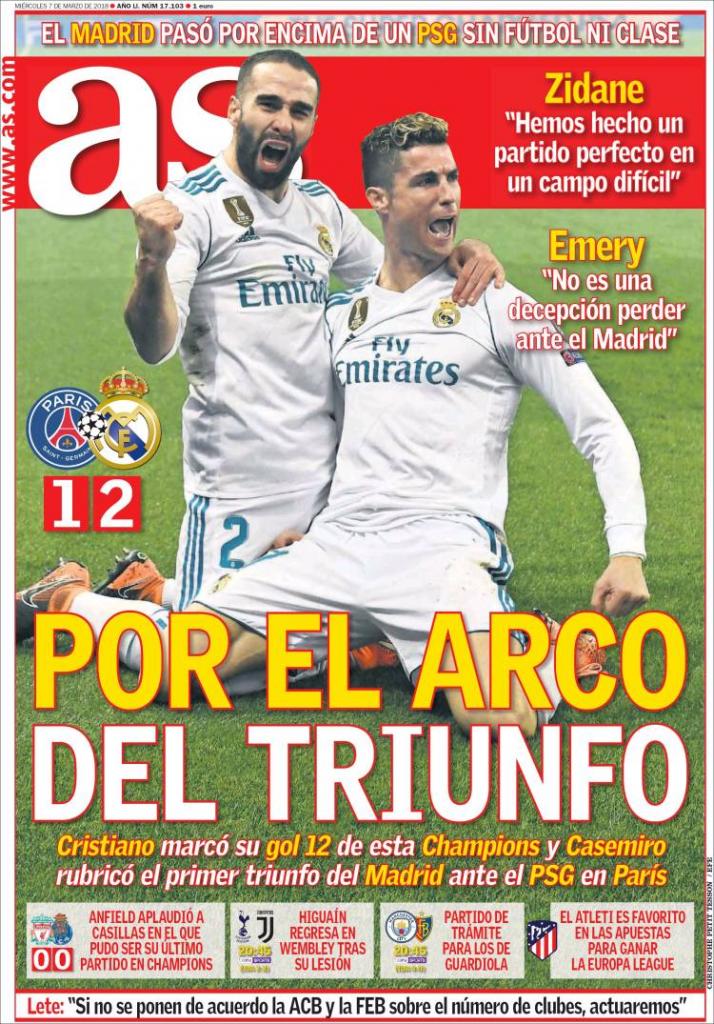 By the triumphal arch

Zidane: We played a perfect match at a difficult stadium

Emery: It is not a disappointment to lose to Madrid 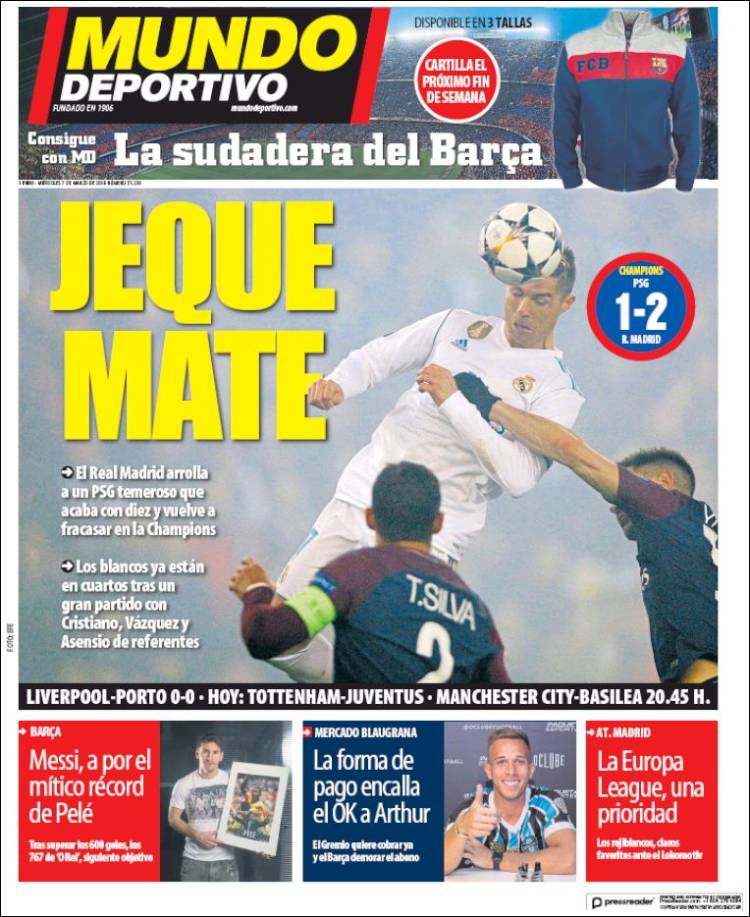 Madrid trample over a fearful PSG who fail again in UCL, Madrid into QFs after great showings from Ronaldo, Vazquez, Asensio