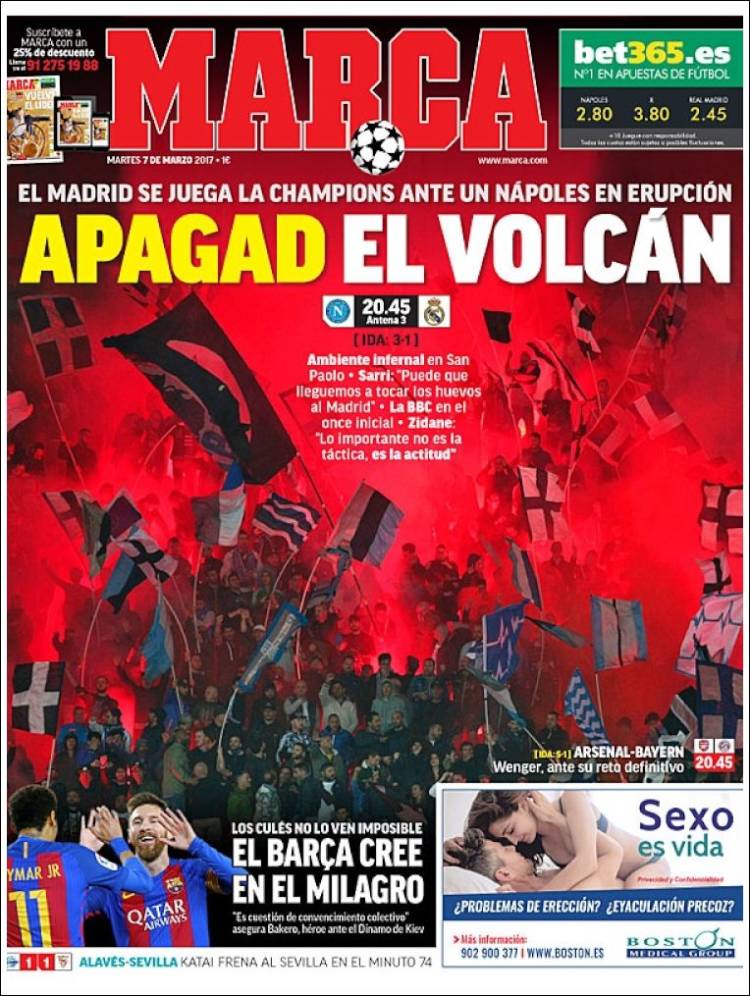 Real Madrid play for the Champions League against an erupting Naples

Inferno atmosphere expected, Bale, Benzema, Ronaldo all expected to start, Zidane: What's important is the attitude, not the tactics 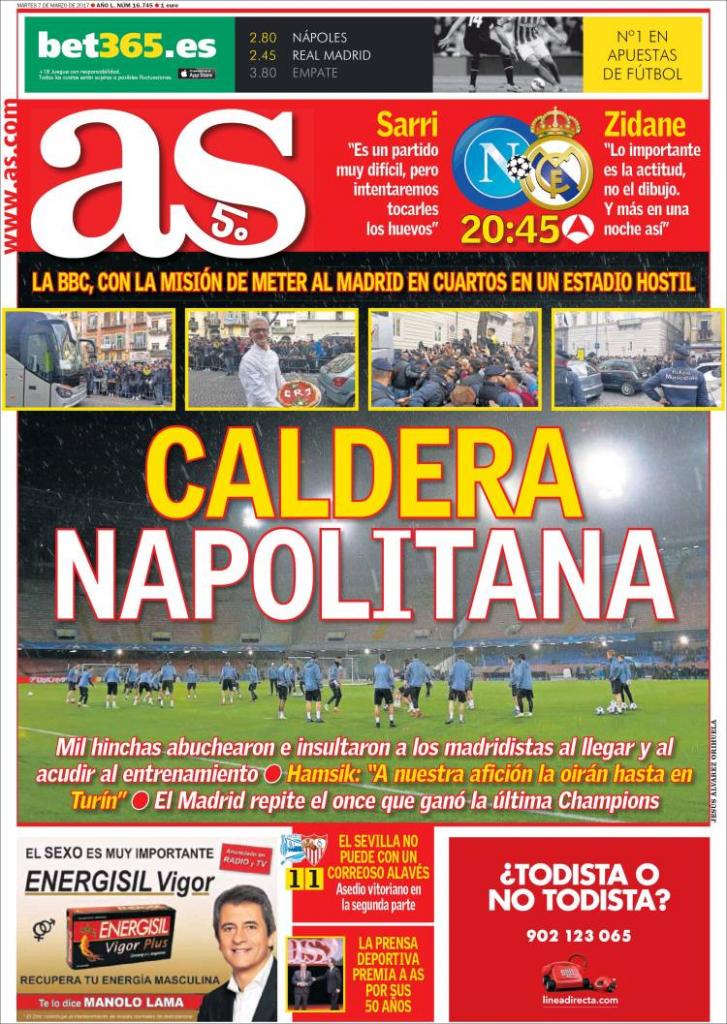 Bale, Benzema, Ronaldo have the mission of putting Madrid into quarters in a hostile stadium

1,000 fans insulted Real Madrid at the hotel and en route to training, Hamsik: Our fans will spur us on to Turin, latest UCL winning line-up to be repeated tomorrow

Sarri: It's a very difficult match, but we want to make it hard for them

Zidane: What's important is the attitude, not tactics. And moreso on a night like this 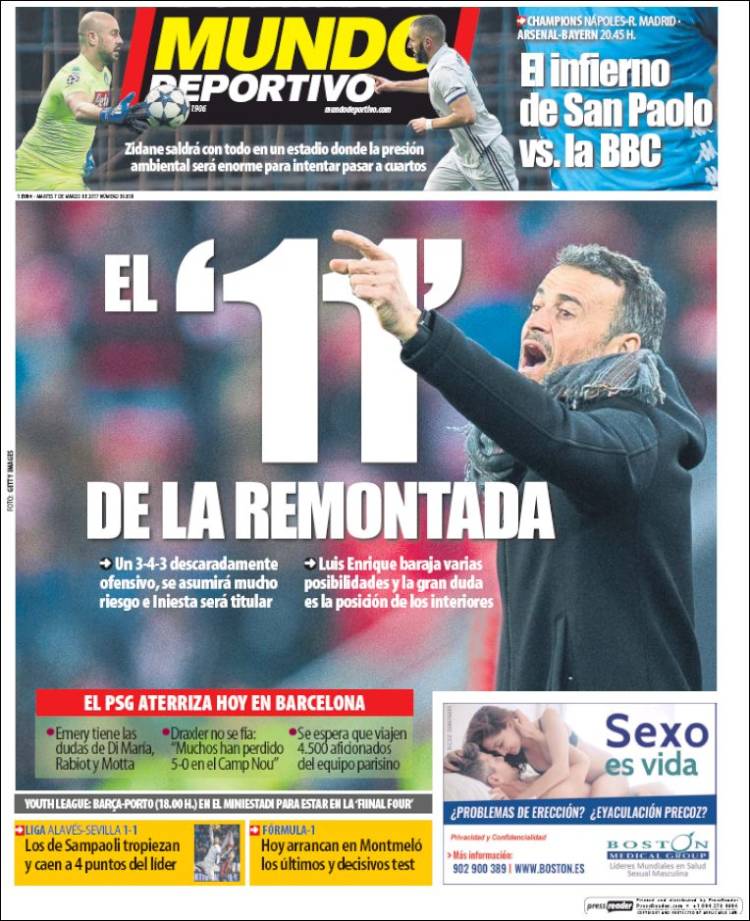 Barca to play offensive 3-4-3 with Iniesta as captain, Luis Enrique has worked with various possibilities amidst great doubt

Sampaoli's side stumble to 4 points behind the leaders