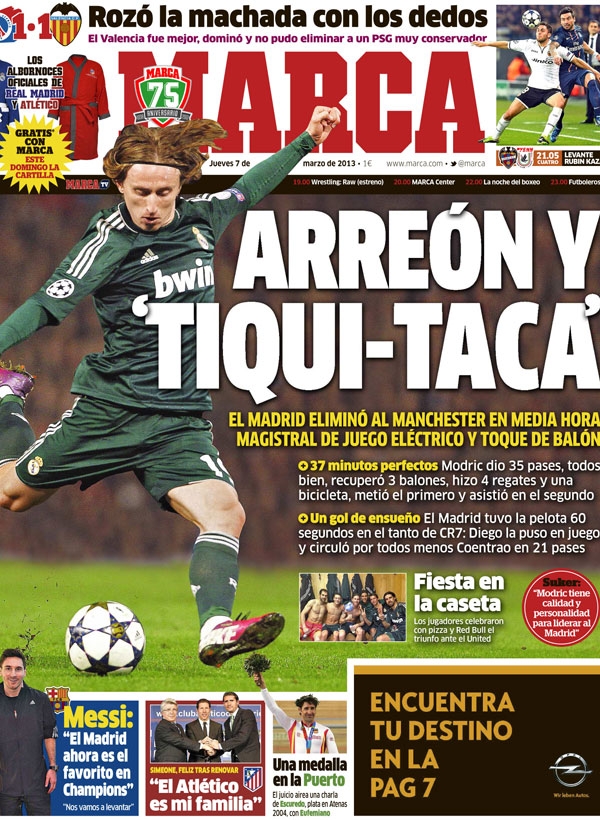 A goal of dreams: Madrid had the ball for 60 seconds before CR7 scored: Diego put the ball into play and everyone touched the ball except Coentrao with 21 passes

Fiesta in the dressing room

Valencia were better, dominated the game but could not eliminate a very conservative PSG

Messi: "Madrid are favourites to win the CL", "We will wake up"

Simeone, happy after renewal: "Atletico is my family"

Suker: "Modric has quality and personality to lead Madrid" 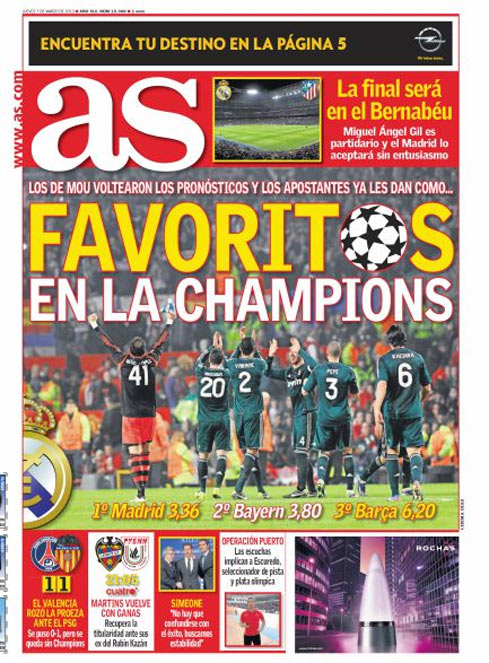 Mou´s men have turned the odds around and now the punters are giving them the title of....Favourites for the Champions

The final will be at the Bernabeu

Miguel Angel Gil supports the decision and Madrid will accept it

Valencia put up a great fight against PSG

They went one nil up but they still leave the Champions

Simeone: "There cannot be confusion with success, we need stability" 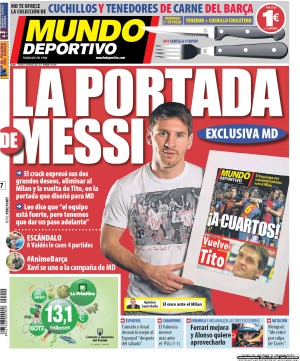 The front page of Messi

(Picture of Messi holding a copy of Mundo that reads, 'Barca achieve an historical comeback against Milan, to the quarter finals, Tito returns')

The 'crack' expresses his great desires, to eliminate Milan and see Tito return

Leo says that "the team is strong, but, we have to move forward"

Espanyol: Tamudo and Amat wish the best to Espanyol after Saturday

Formula 7: Ferrari has improved and Alonso wants to take advantage of it