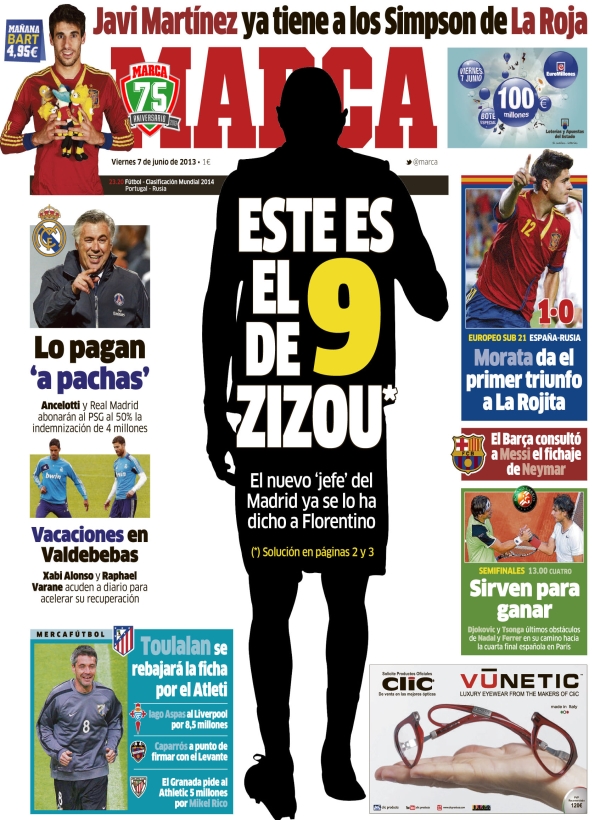 This is the new 9 of Zizou

Madrid to pay PSG for Carlo

Xabi Alonso, Raphael Varane on a daily routine of recovery

Toulalan on his way to Atletico

Iago Aspas to Liverpool for 8.5€ million

Caparros about to become the new coach of Levante

Barca consulted Messi over the signing of Neymar 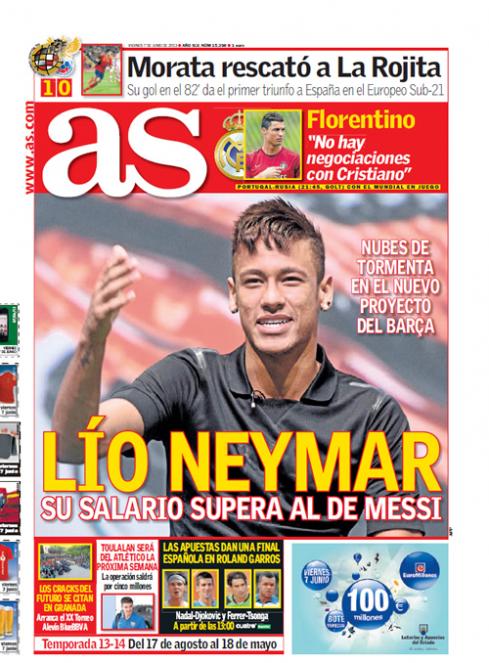 His salary will be more than Messi's

Florentino: "There are no negotiationes with Cristiano"

The stars of the future gather in Granada

Toulalan will be an Atletico player next week

The operation to sell him will go for 5€ million

The betting houses favouring an all-Spanish final at Roland Garros 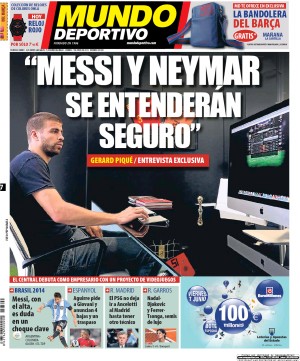 "Messi and Neymar will understand each other I am sure" Pique

Messi, with the altitude, is a key doubt for Argentina

Real Madrid: PSG do not allow Ancelotti to leave for Madrid until they receive 5€ milllion