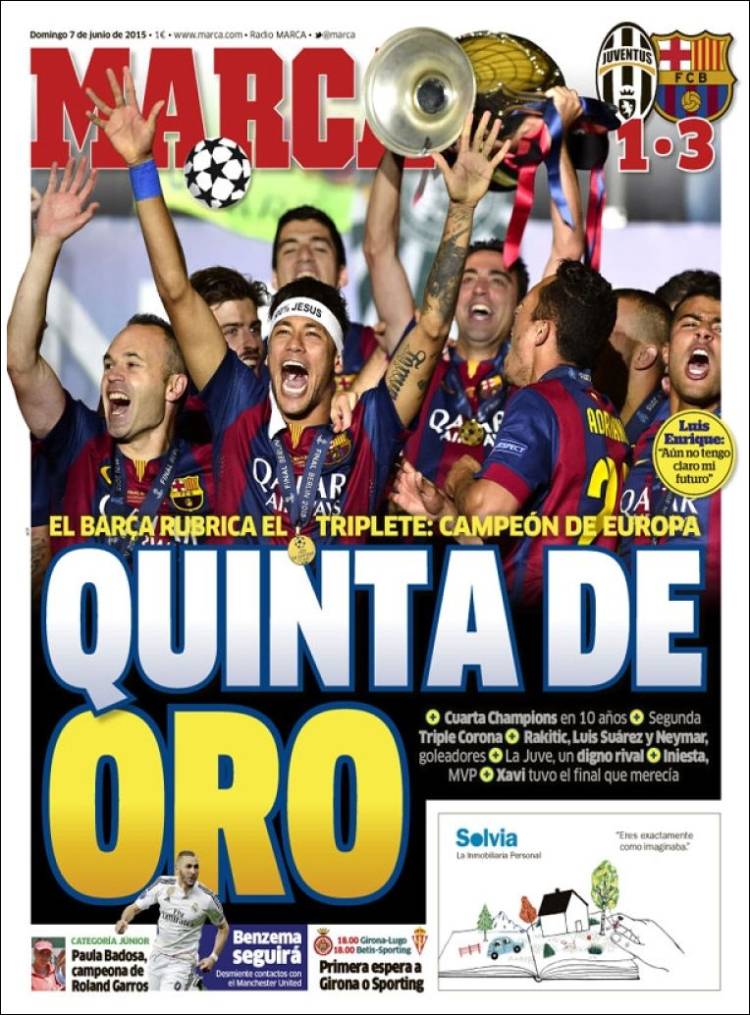 Iniesta, man of the match

Xavi had the final that he deserved 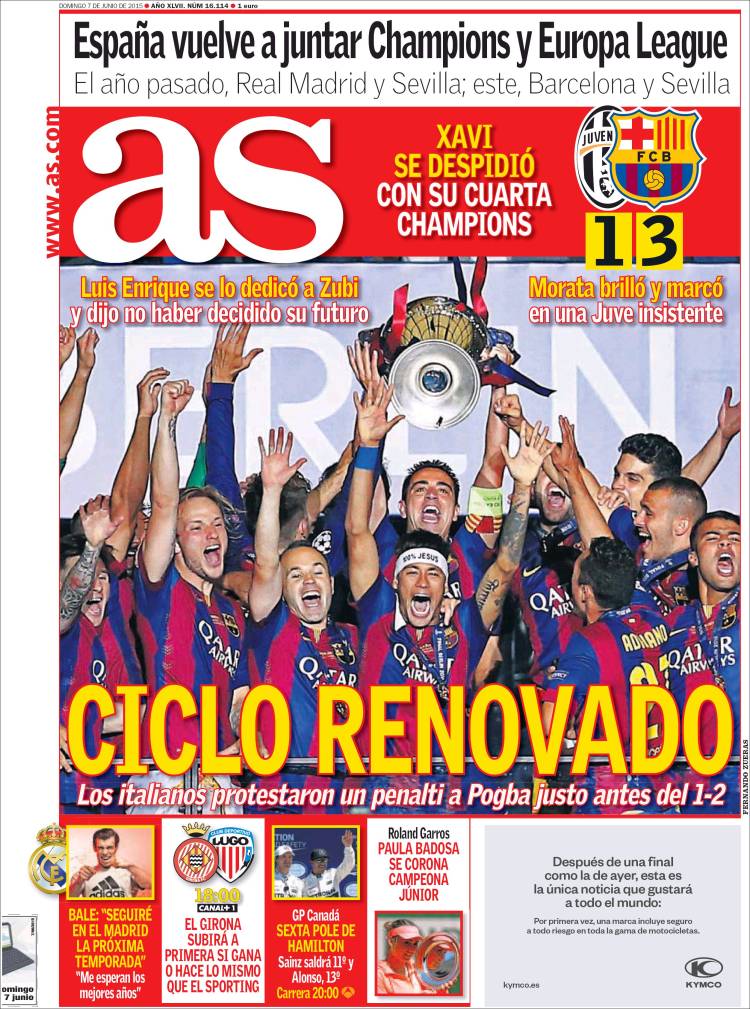 The Italians demanded a penalty just before 1-2 via Pogba

Morata shone and scored for an insistent Juve

Last year, it was Real Madrid and Sevilla; this time, it’s Barcelona and Sevilla

Bale: I’ll be at Madrid next season

“My best years still to come” 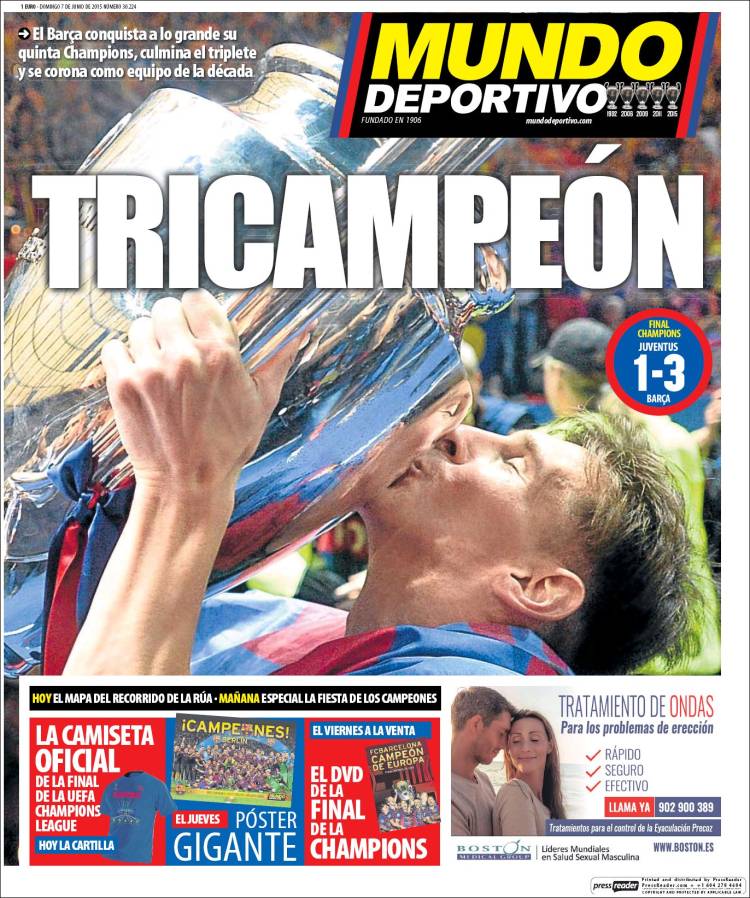 Barca conquest their fifth Champions League in style, complete the trele and crown themselves as team of the decade