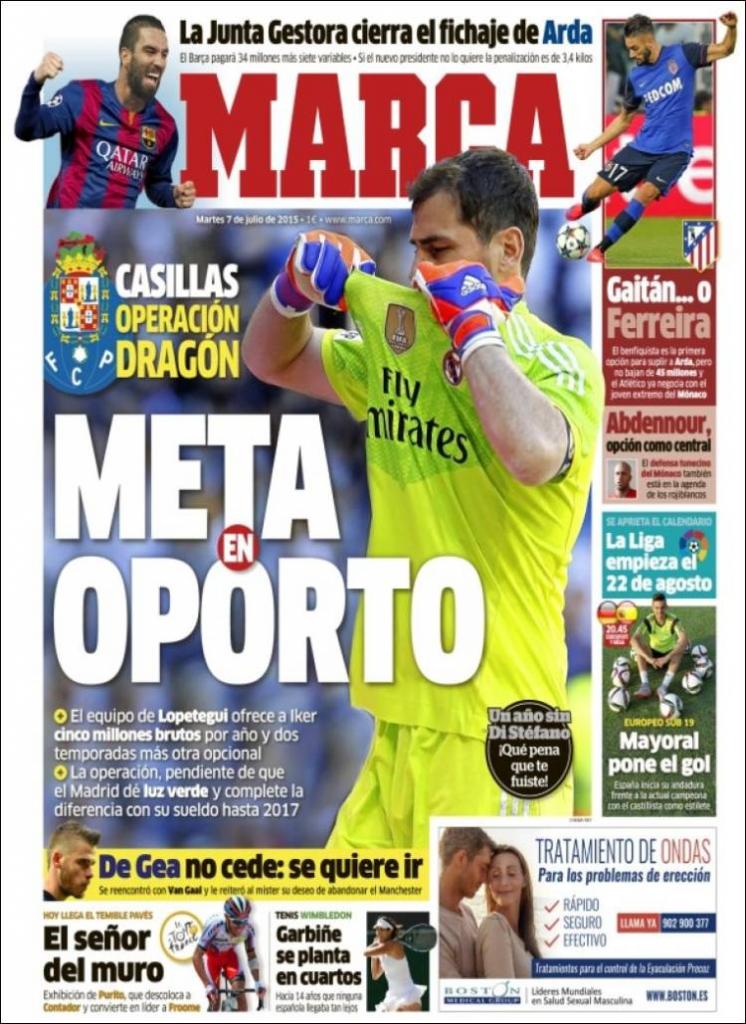 Lopetegui's team offer Iker 5 million euros per year on a two-year deal with the option of another.

The deal depends on Madrid giving it the green light and paying the difference in his wages until 2017.

The board closes the signing of Arda Turan

De Gea not giving up: he wants to leave. 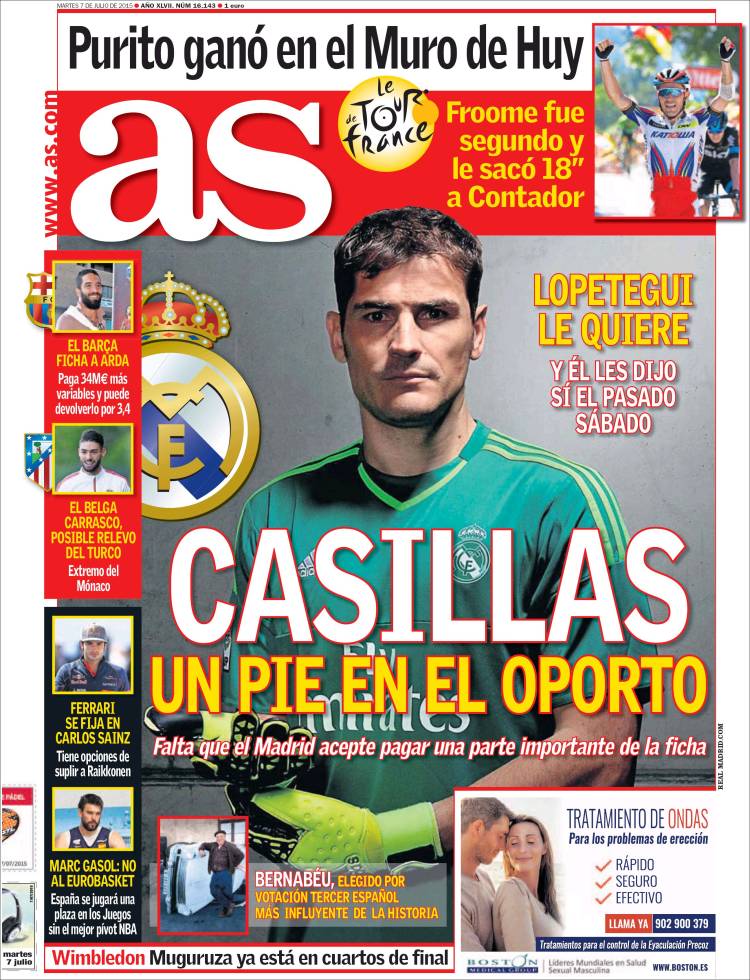 Casillas: One foot in Porto

Lopetegui wants him and he said yes last Saturday

The Belgian Carrasco is a possible replacement for the Turk. 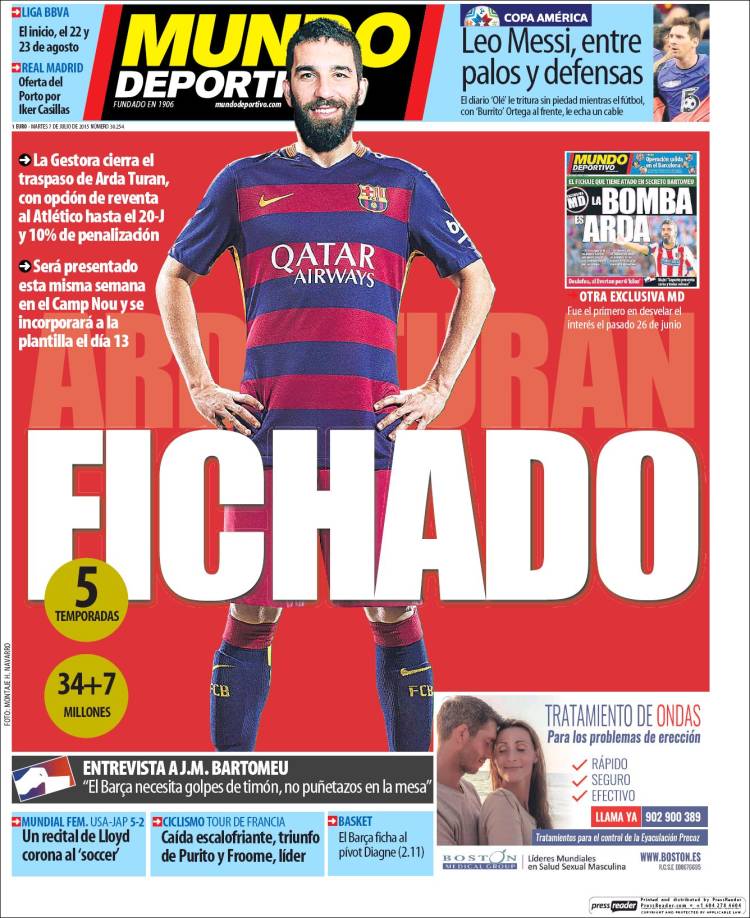 The board closes the deal for Arda Turan, with the option to sell back to Atletico until 20th June with a 10 per cent penalty.

He will be presented at Camp Nou this week and will join up with the squad on the 13th.

Liga BBVA: the start is on the 22nd and 23rd August