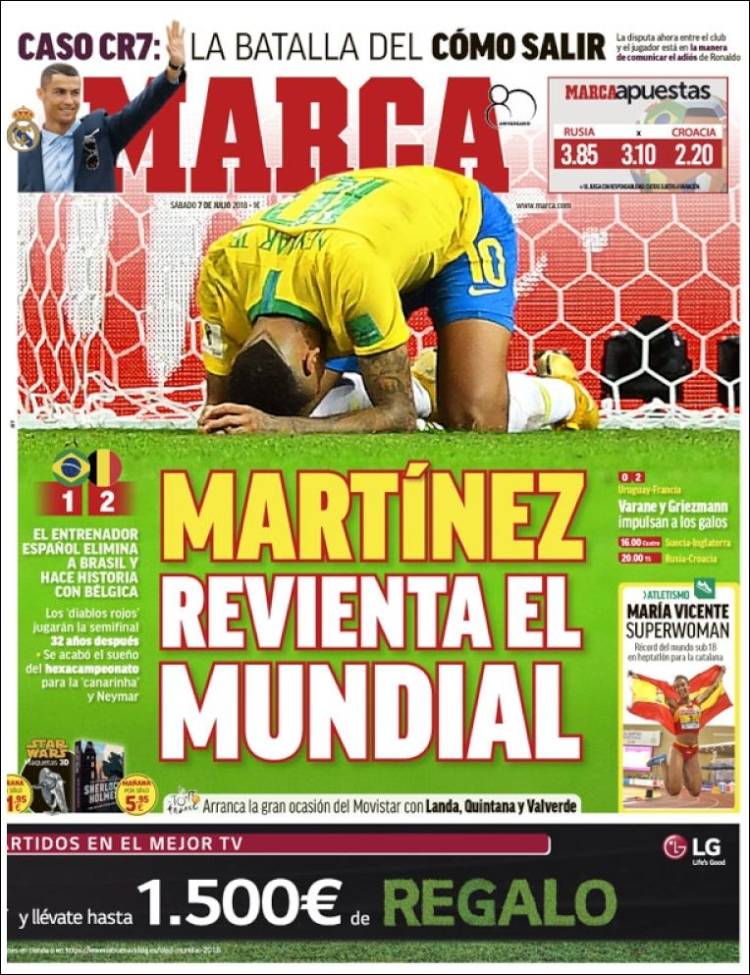 Case of CR7: the battle on how to get him out

The Spanish Coach eliminates Brazil and makes history with Belgium

The Red Devils will play in the semi-finals, 32 years later

Varane and Griezmann propel the French 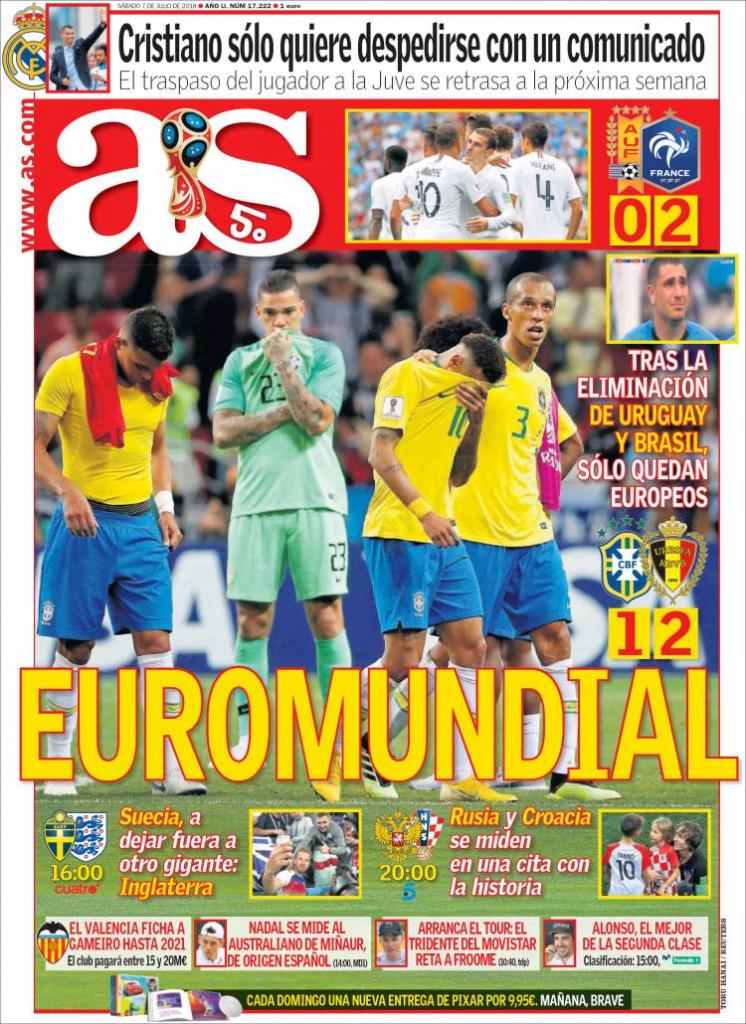 Cristiano only wants to leave with an announcement

The player's transfer to Juve is delayed until next week

After the elimination of Uruguay and Brazil, only European teams are left

Sweden, out to eliminate another giant: England

Russia and Croatia lock horns in a date with history 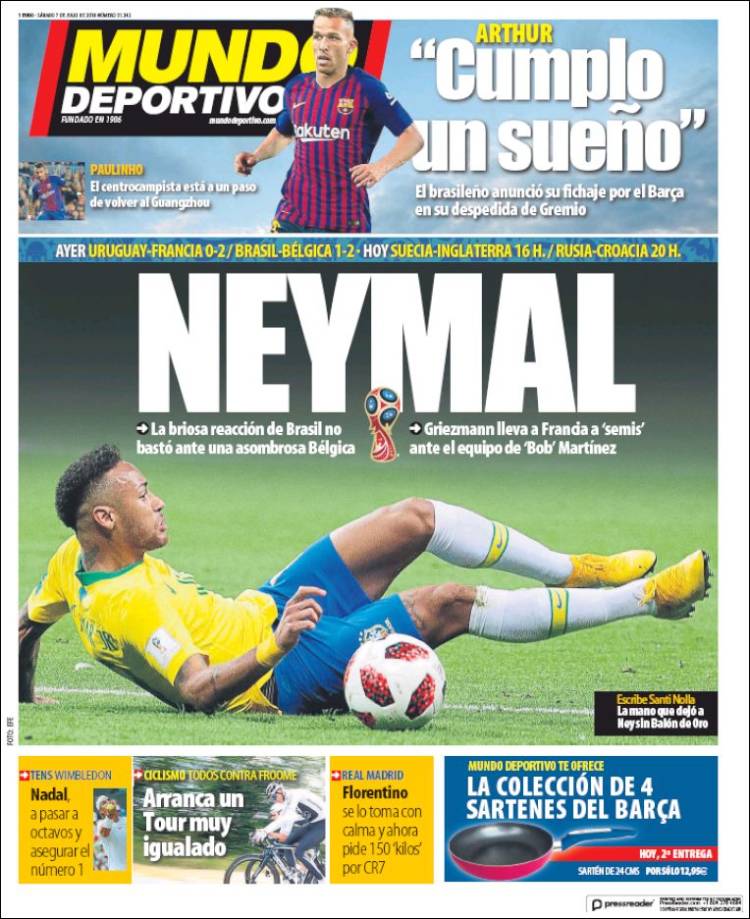 The midfielder is a step away from returning to Guangzhou

Brazil's spirited response was not enough against an amazing Belgium side

Griezmann drives France to the semis against 'Bob' Martinez's team

Florentino takes it easy and now wants €150m for CR7