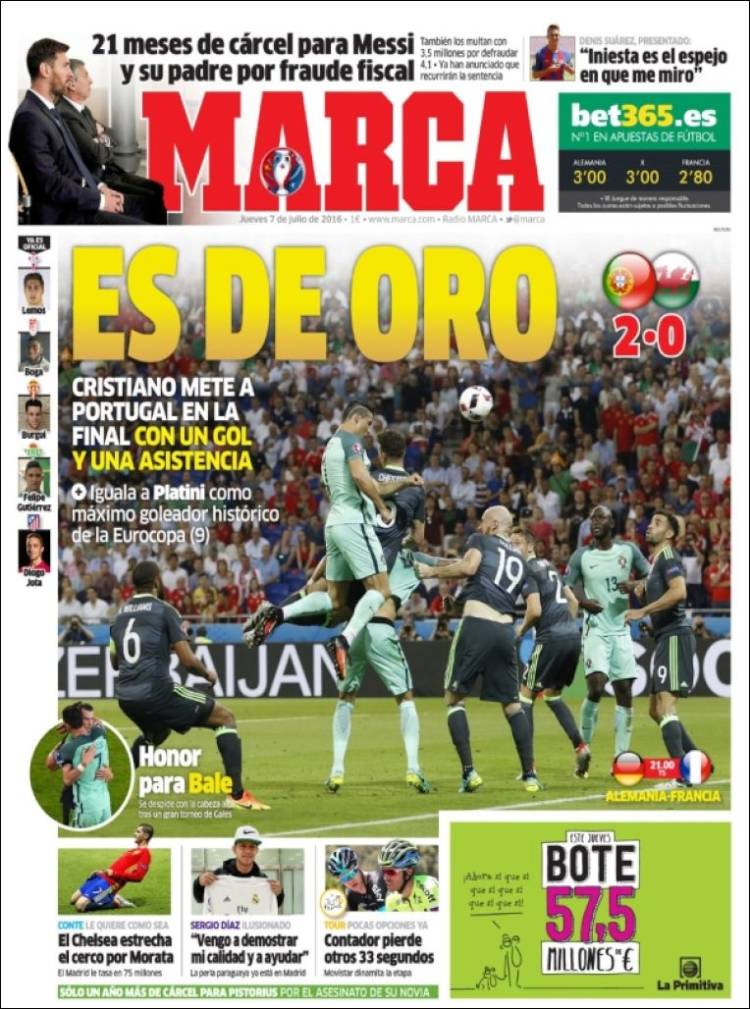 They were also fined 3.5m for defrauding 4.1m

They have already announced that they will appeal the sentence 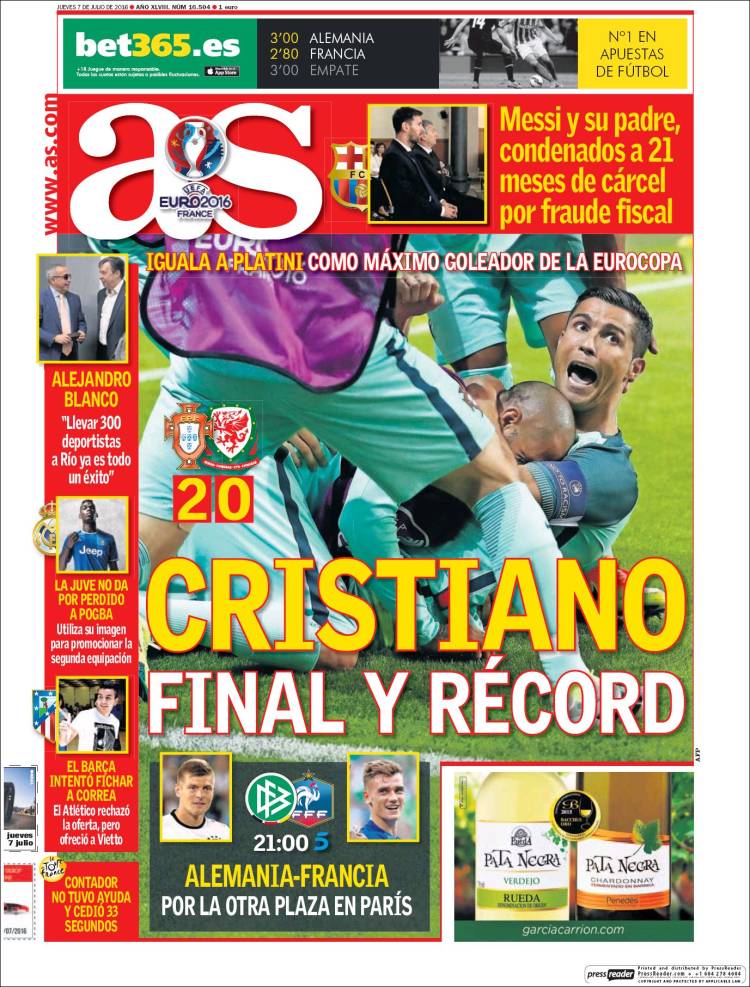 For the other place in Paris

Messi and his father, sentenced to 21 months in prison for tax fraud

Juve not giving up on Pogba

They used his image to promote their new away kit

Atletico refused but offered them Vietto 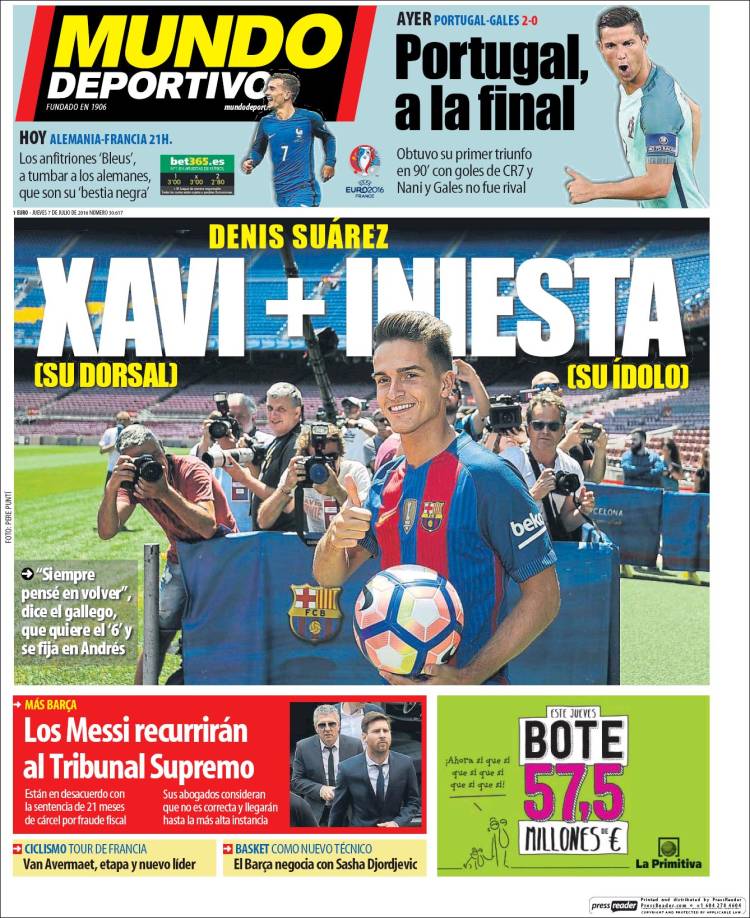 Xavi (his number) + Iniesta (his idol)

“I always thought about returning,” said the Galician, who wants the No 6 jersey and is fixated on Andres

Portugal to the final

The hosts, Les Bleus, look to knock out the Germans, who are their ‘bogey team’

Messis will turn to the Supreme Court