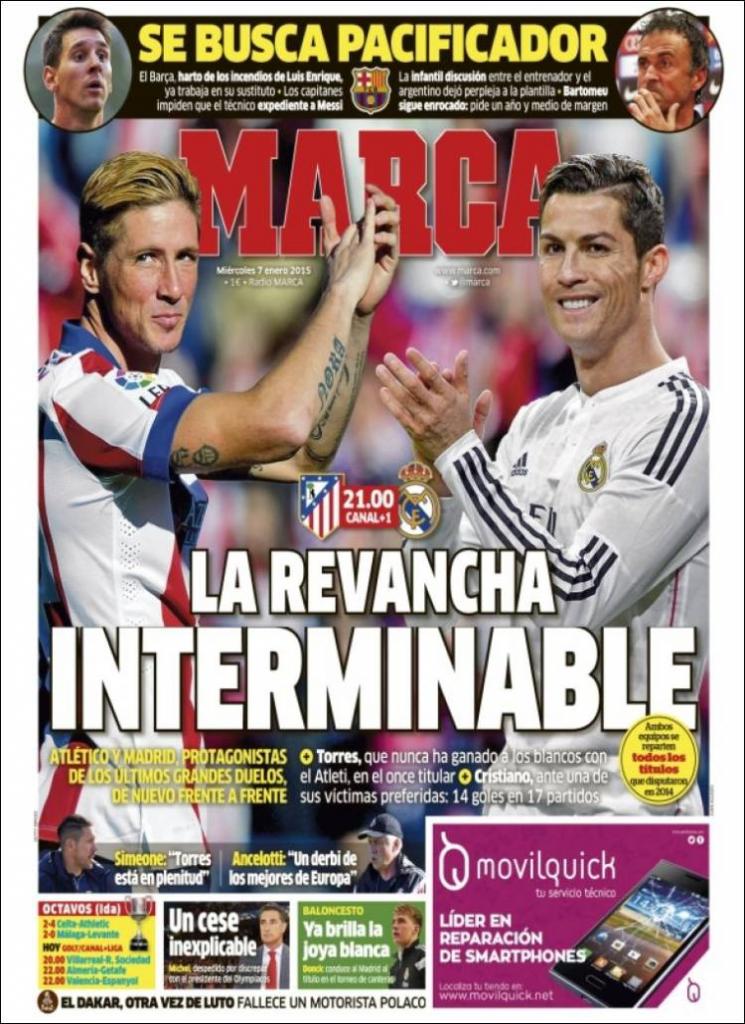 Torres, who has never beaten Los Blancos with Atleti, will be in the starting line-up

Cristiano, up against one of his favourite victims: 14 goals in 17 games

Ancelotti: “A derby between the best in Europe”

In search of a peacemaker

Barca, fed up of the flare-ups caused by Luis Enrique, are already working on his replacement

The captains prevent the Coach from taking action against Messi

Bartomeu continues to dig in: he asks for a year-and-a-half’s grace

An inexplicable sacking: Michel fired by the Olympiacos President 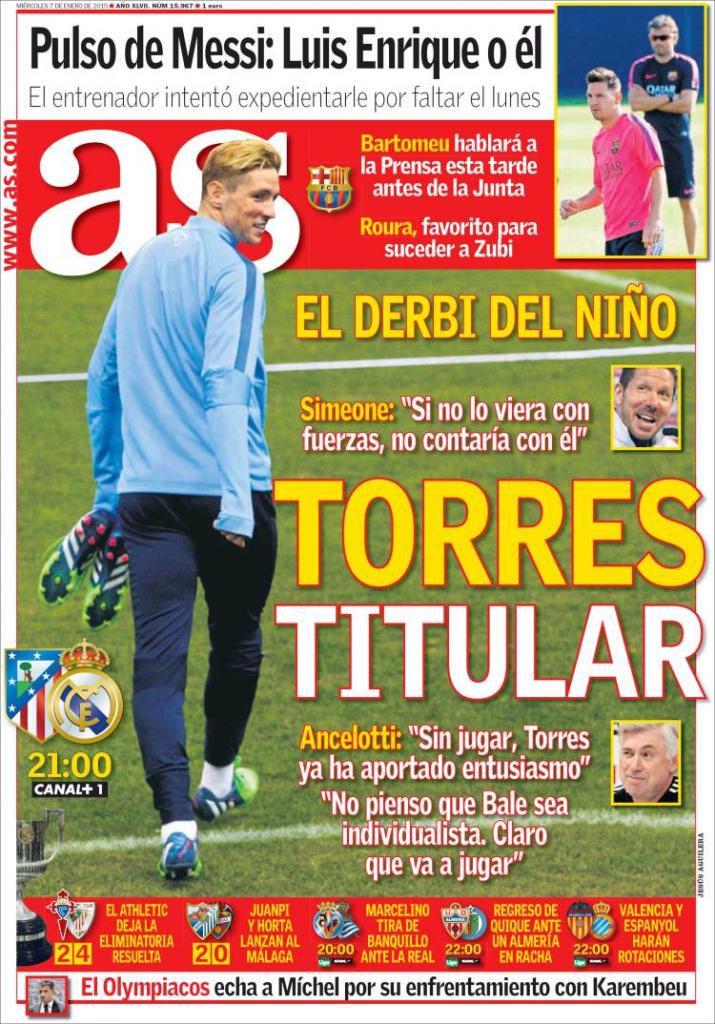 Torres in the starting line-up

Simeone: “If I didn’t think he was strong I wouldn’t pick him”

Ancelotti: “Without playing, Torres has brought enthusiasm. I don’t think Bale is an individualist, of course he’s going to play”

Messi’s showdown: Luis Enrique or him

The Coach tried to discipline him for missing Monday

Marcelino off the bench against La Real

Quique returns against an Almeria on a good run

Valencia and Espanyol will rotate

Olympiacos fire Michel for his clash with Karambeu 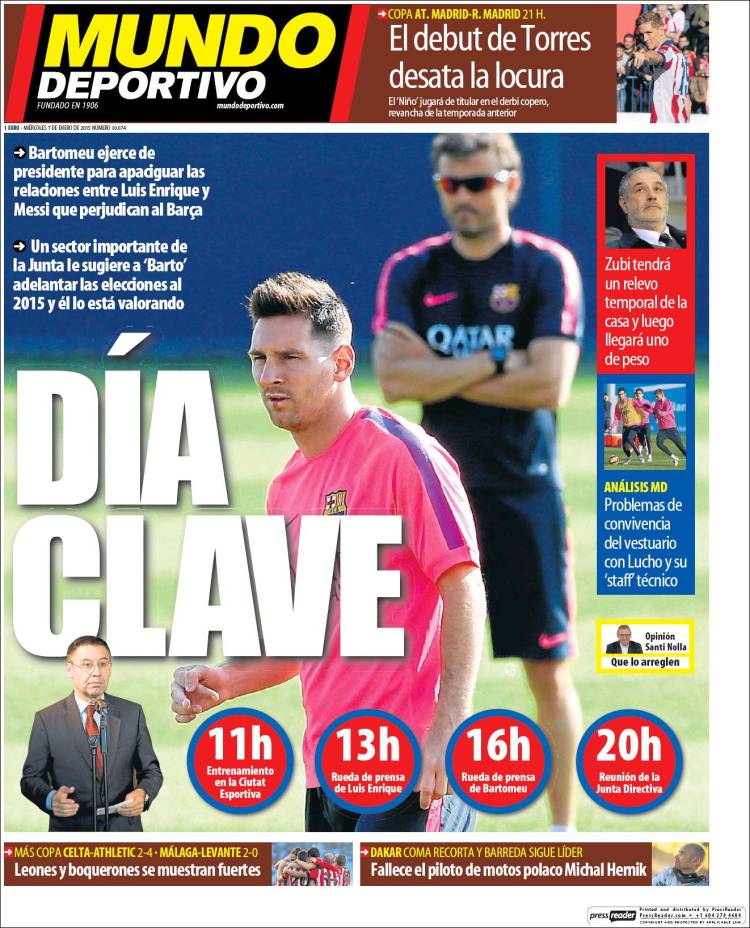 Dressing room problems with Lucho and his coaching staff

11am: training at the Ciutat Esportiva

Leones and Boquerones show their strength

El Nino will start in the Cup derby, revenge from the previous season