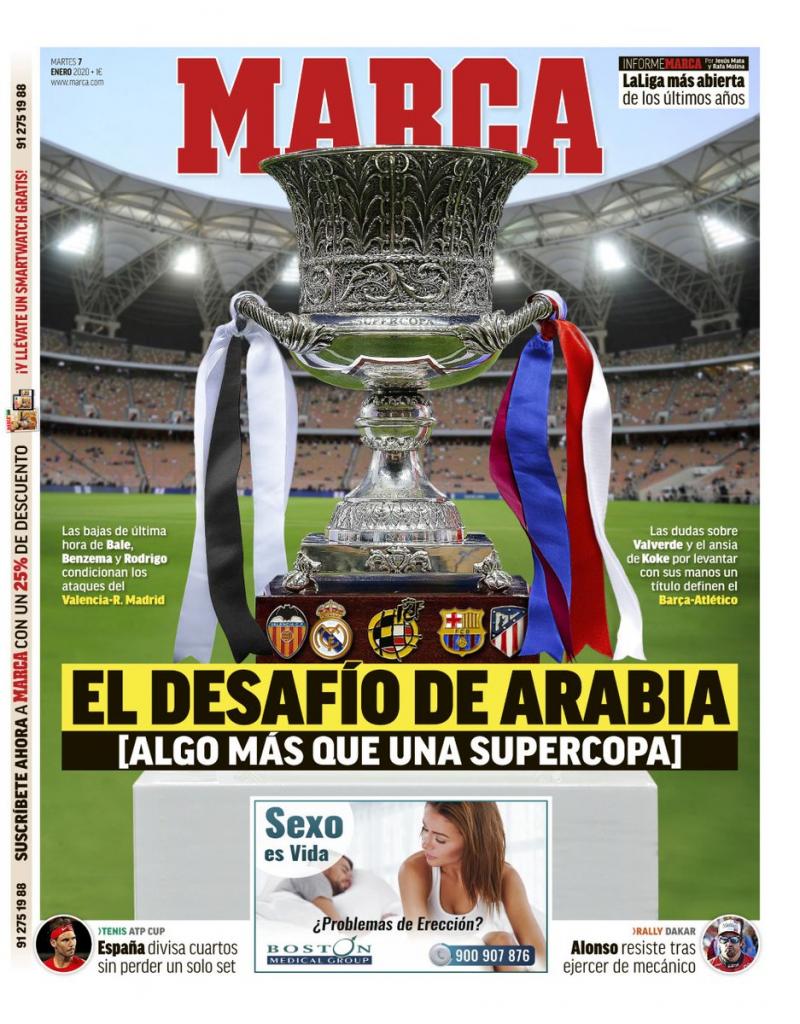 The challenge of Arabia

(something more than a Supercopa)

Bale, Benzema and Rodrigo all missing

Most open La Liga in years 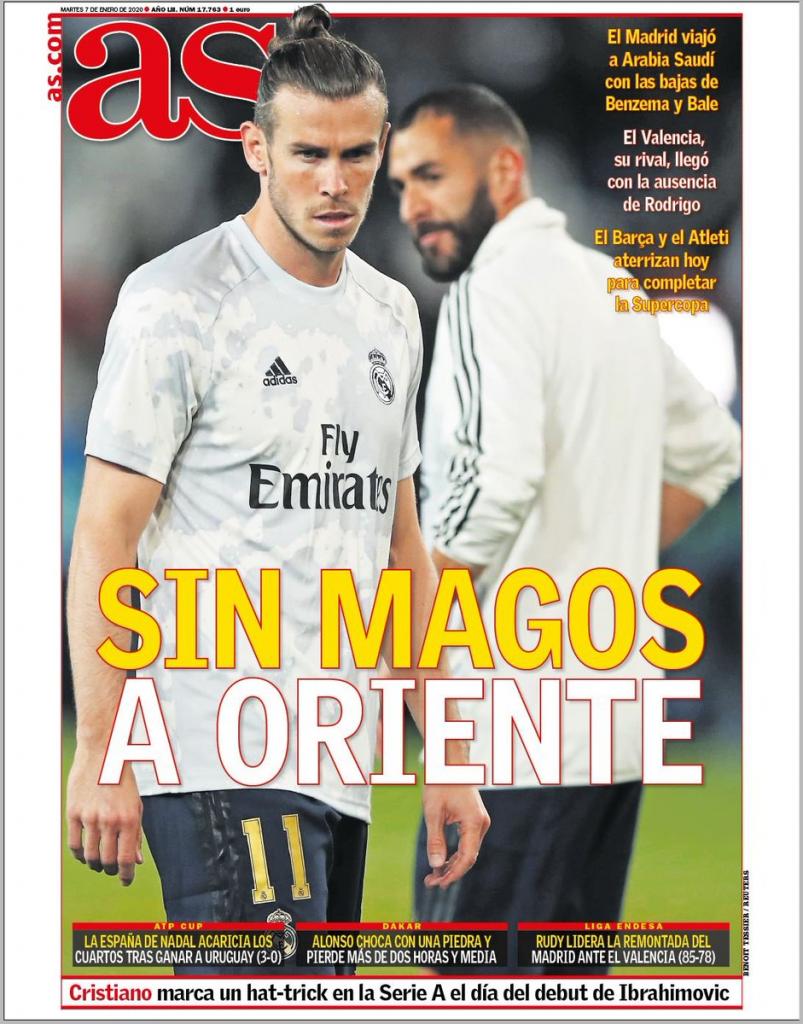 Without magicians in the east

Madrid go to Arabia without Bale and Benzema, Valencia don't have Rodrigo, Atleti and Barca to land today 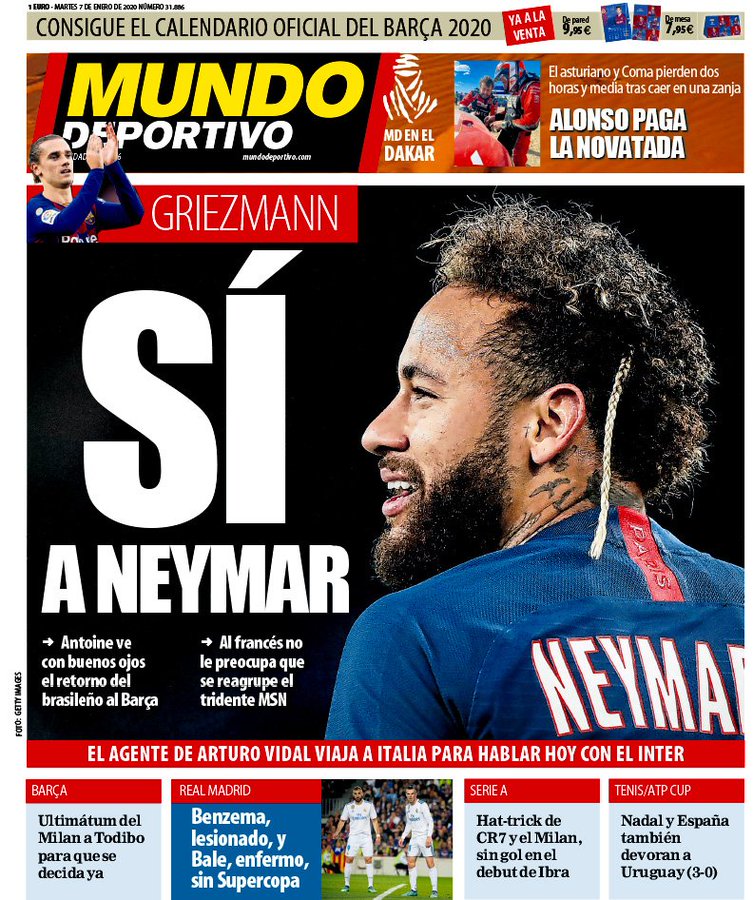 Antoine wants Neymar at the club, isn't worried he would be left out of team

Benzema is injured and Bale sick for the Supercopa