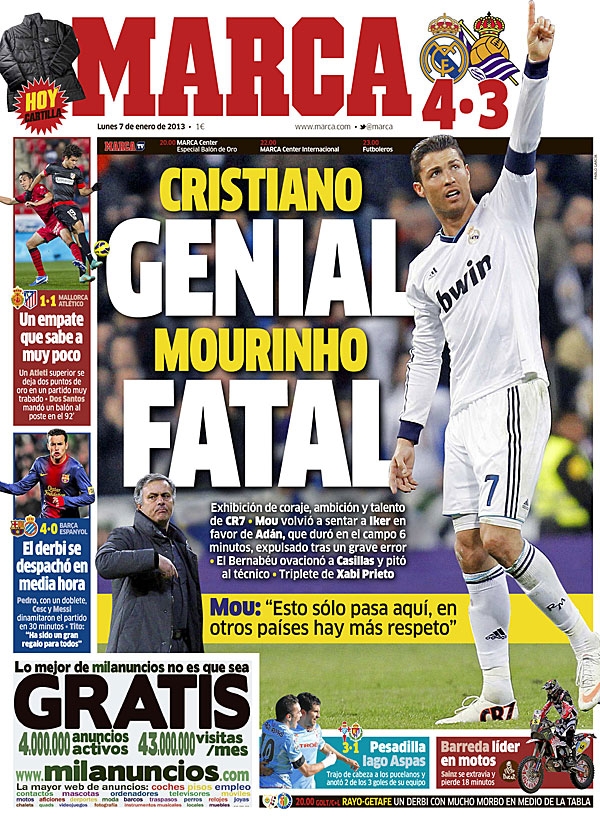 Exhibition of courage, ambition and talent from CR7

Mou keeps Casillas on the bench with Adan starting, 6th minute Adan is sent off for a foul

The Bernabeu give Casillas an ovation and jeer the coach

Mou: This only happens here, in other countries there is more respect”

A draw that does not tell the story

The derby won after half an hour

Pedro with a double, Cesc and Messi finish the game in 30 minutes

Tito: “I have been given a present by all”

Nightmare Iago Aspas: Scores the second and third for his team

Barreda the leader on the bikes: Sainz loses 18 minutes 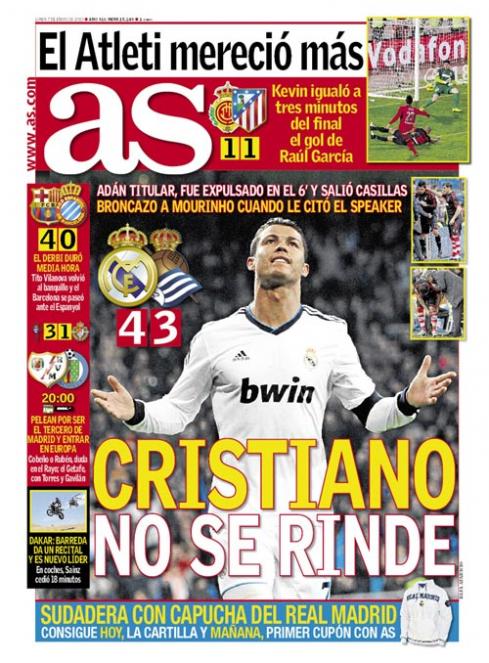 Adan starts, is sent off in the sixth minute and Casillas enters

The joke of Mourinho when talks to the press

Cristiano does not give up

The derby last for half an hour: Tito Vilanovia returns to the bench and Barcelona easily deal with Espanyol

Rayo fight to be third Madrid side to enter Europa 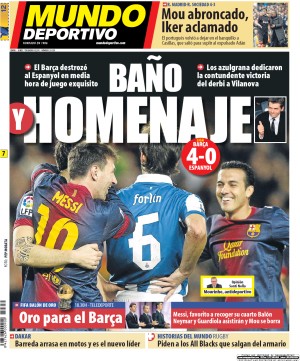 The azulgranas dedicate convincing win in the derby to Vilanova

Barca destroy Espanyol in half an hour playing exquisite

Mou is jeered, Iker is cheered: The Portuguese returns to him to the bench but he comes on for the red-carded Adan

Gold for Barca: FIFA Balon D’oro – Messi favourite to claim this fourth Balon, Neymer, Guardiola and Mou to miss out

Dakar: Barreda take the lead in the motorbikes

Historias del Mundo Rugby: The lose to the All Blacks who get out of trouble