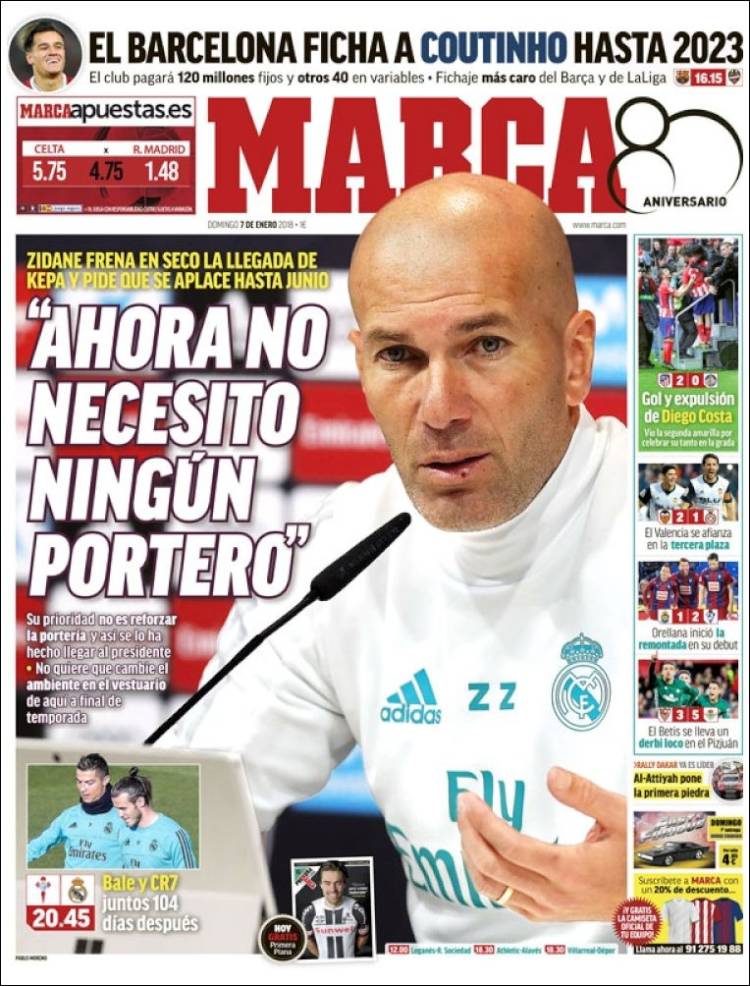 Bale and CR7, back together 104 days later

Orellana starts a comeback on his debut

Betis go derby-crazy at the Pizjuan 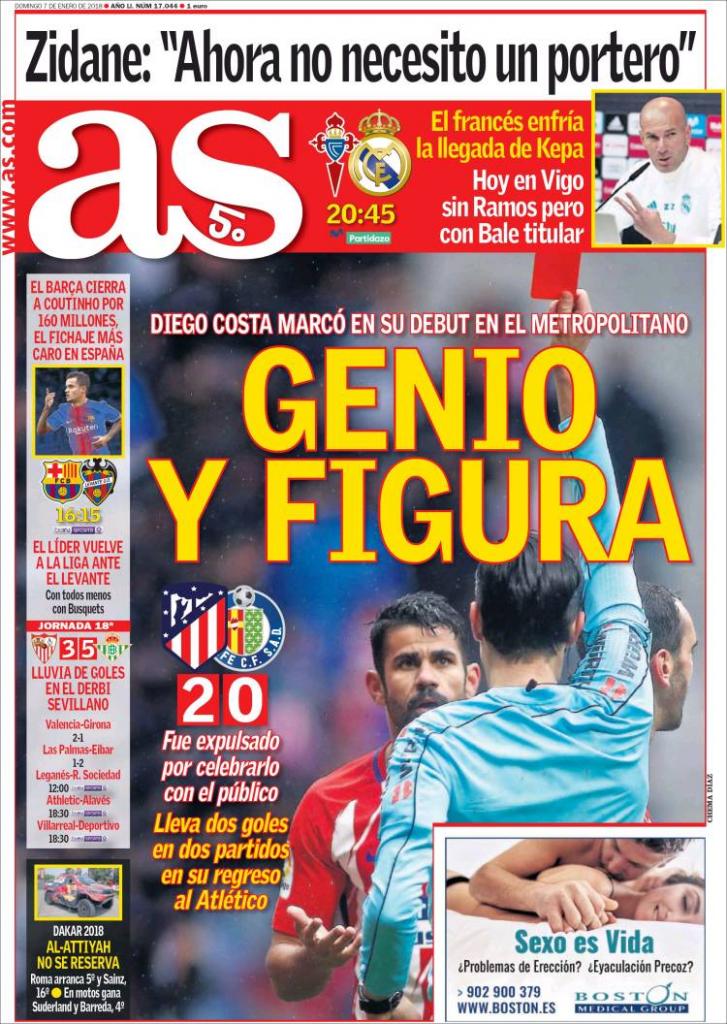 Diego Costa scores on his debut at the Metropolitano

He was sent off for celebrating with the fans

Barca close Coutinho for €160m, the most expensive signing by a Spanish club

The leaders return to La Liga against Levante

Raining goals in the Seville derby 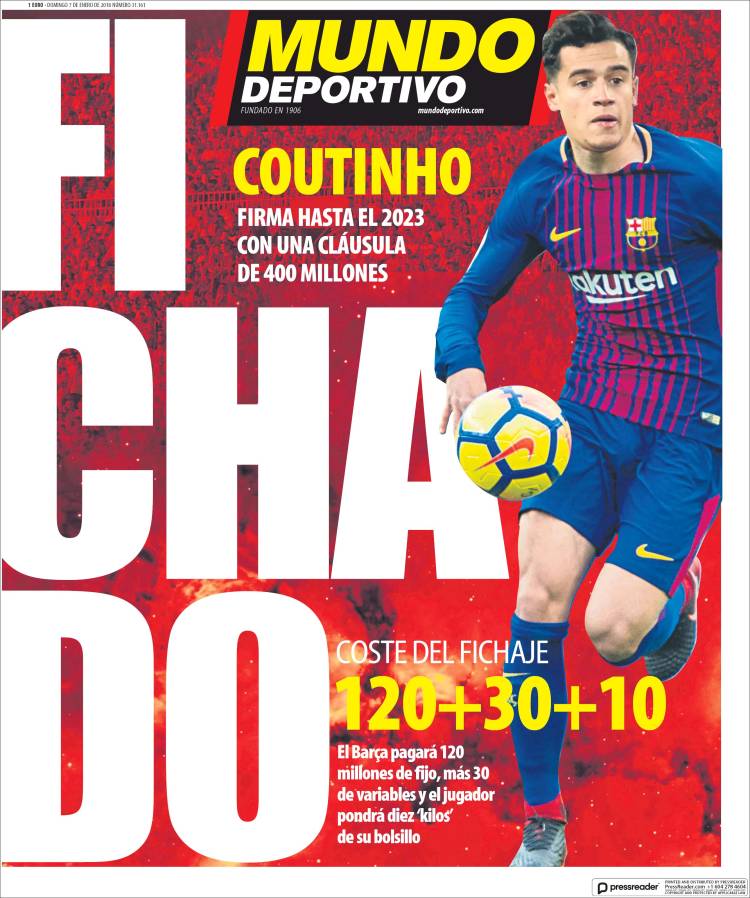