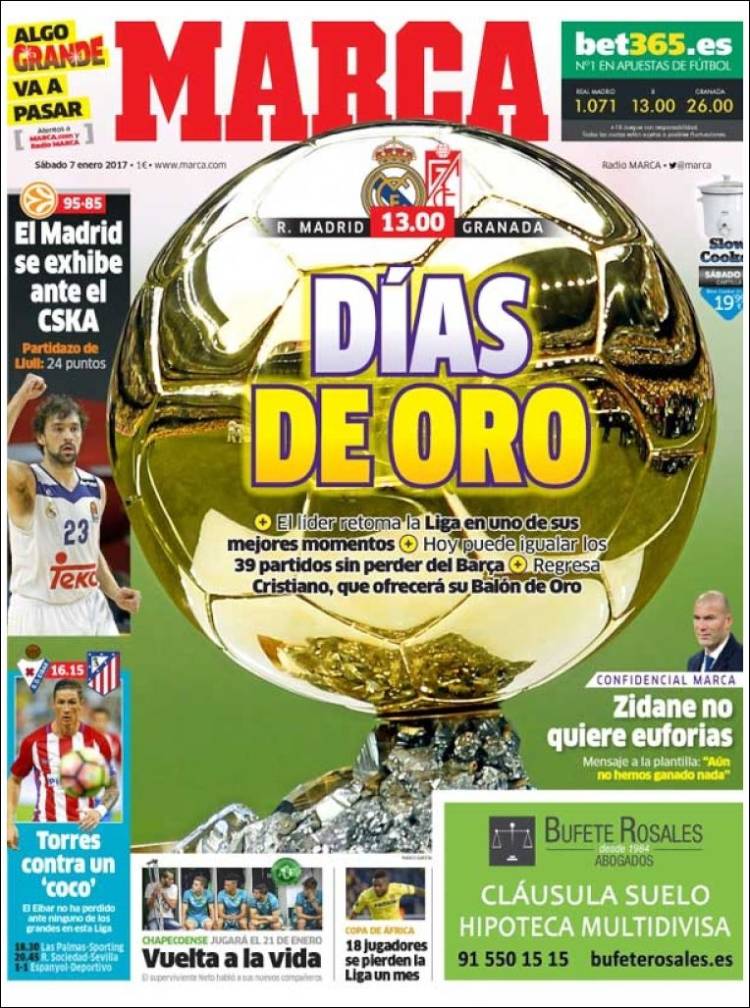 Zidane does not want euphoria

Torres against the ‘bogey team’

Chapecoense to play on January 21

Eighteen players will miss the League for a month 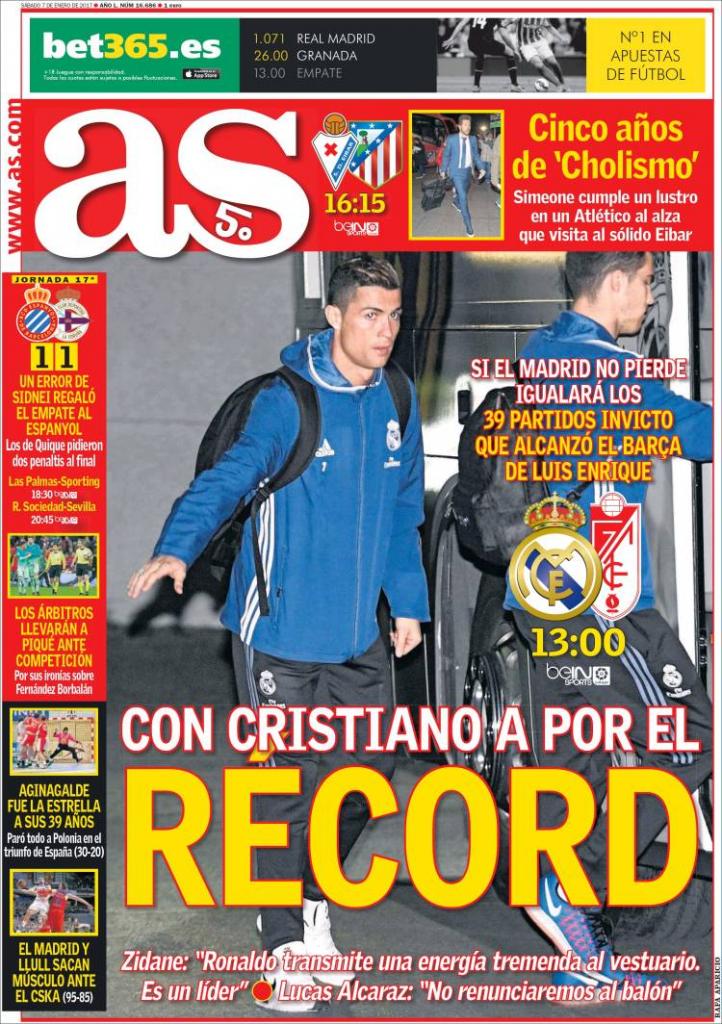 With Cristiano, going for the

If Madrid do not lose, they will equal the 39-game unbeaten run of Luis Enrique’s Barca

A mistake by Sidnei gifts Espanyol a point

The referees rally against Pique to the Competition 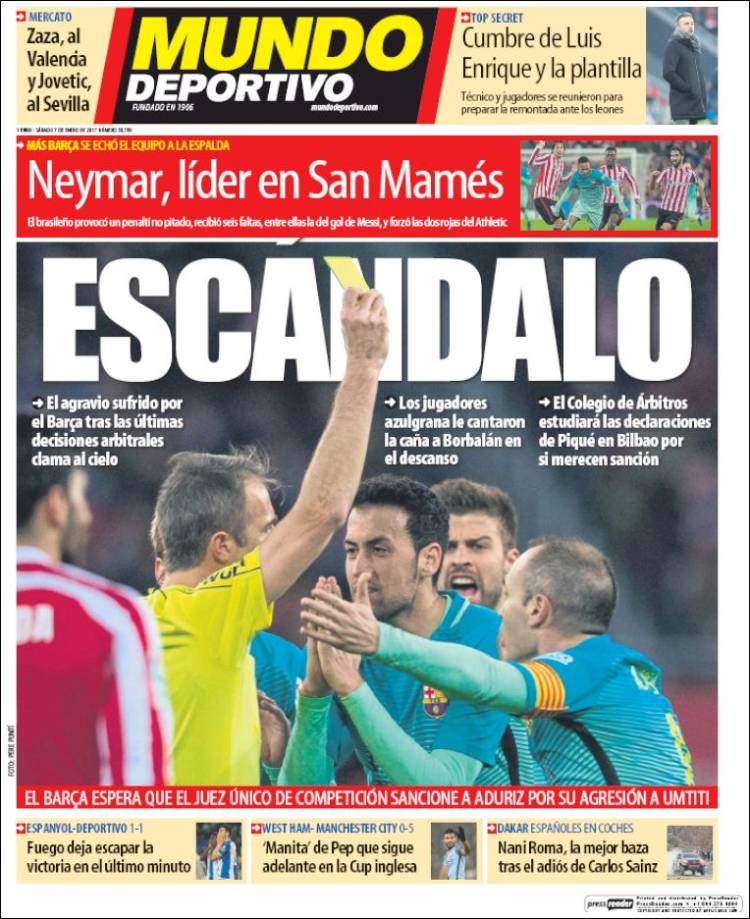 Zaza, to Valencia and Jovetic to Sevilla

Meeting between Luis Enrique and his squad

Fuego lets the victory escape in the last minute

Pep’s ‘Manita’ sends him through in the FA Cup