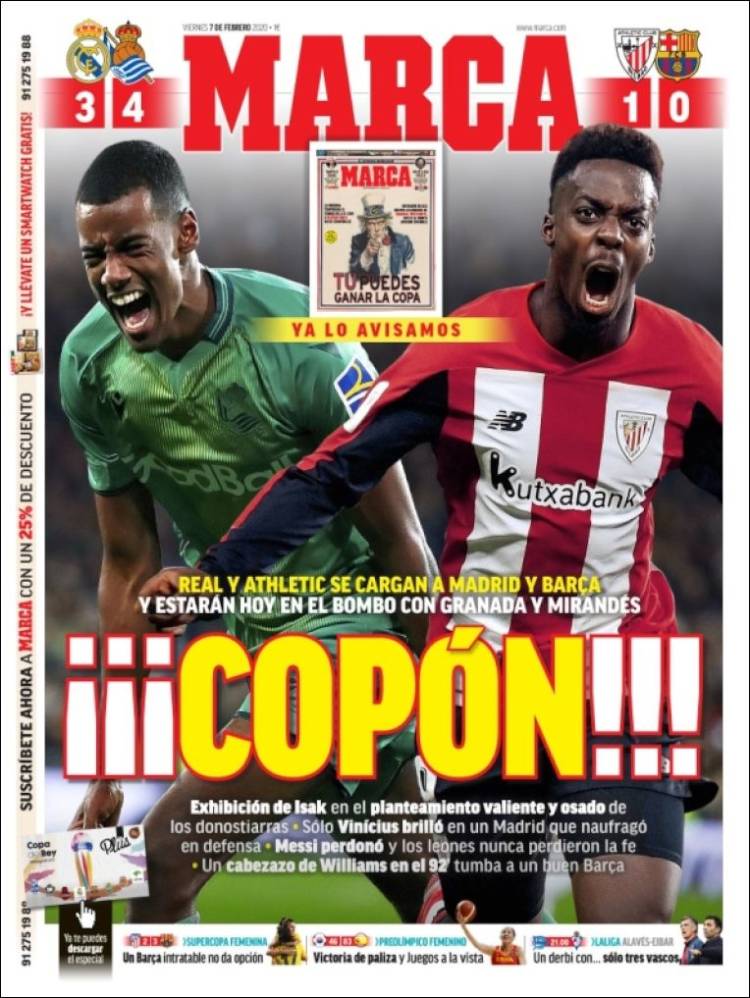 Athletic and Real Sociedad beat Barcelona and Real Madrid, join Granada and Mirandes in the semi-finals

Isak the leader as La Real were brave and daring, only Vinicius shone for Madrid, Messi sorry as Athletic never give up, great header from Williams in the 92nd minute wins the game 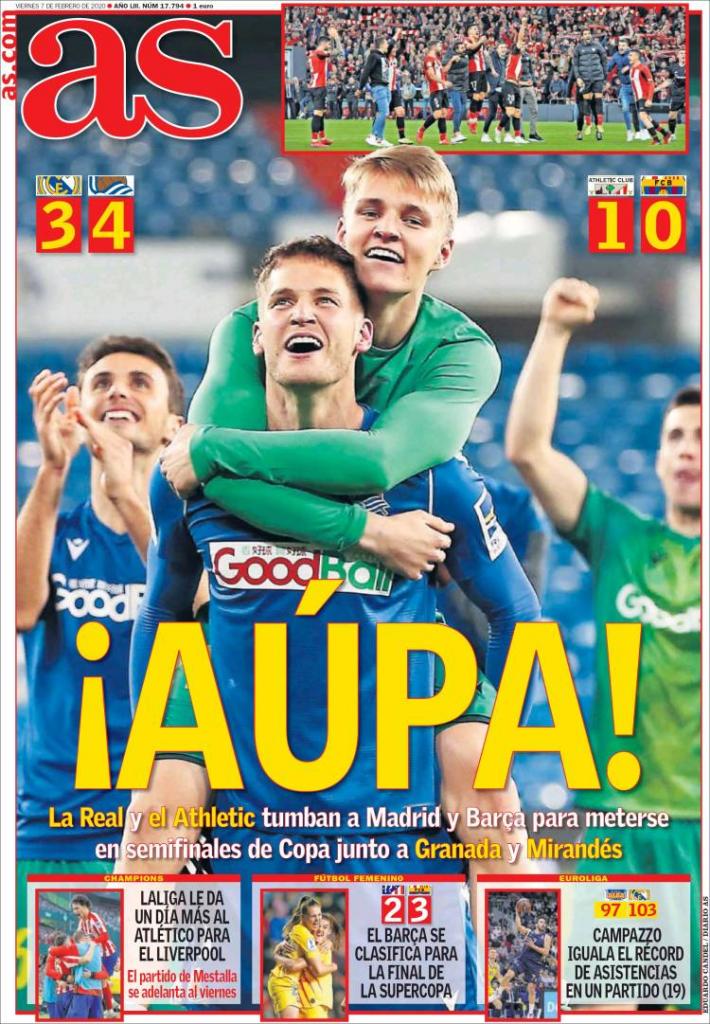 La Liga give an extra day to Atletico against Liverpool 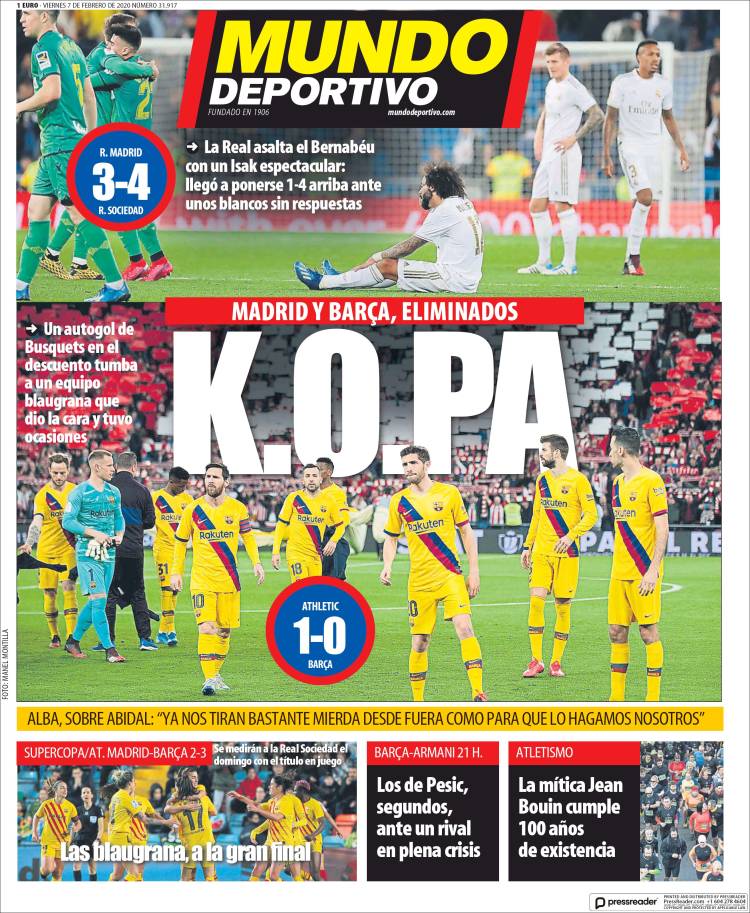 Madrid and Barca, both out

Spectacular Isak leads La Real, who were 4-1 up at the Bernabeu and held on to win

Alba on Abidal: We already get enough abuse from the outside...