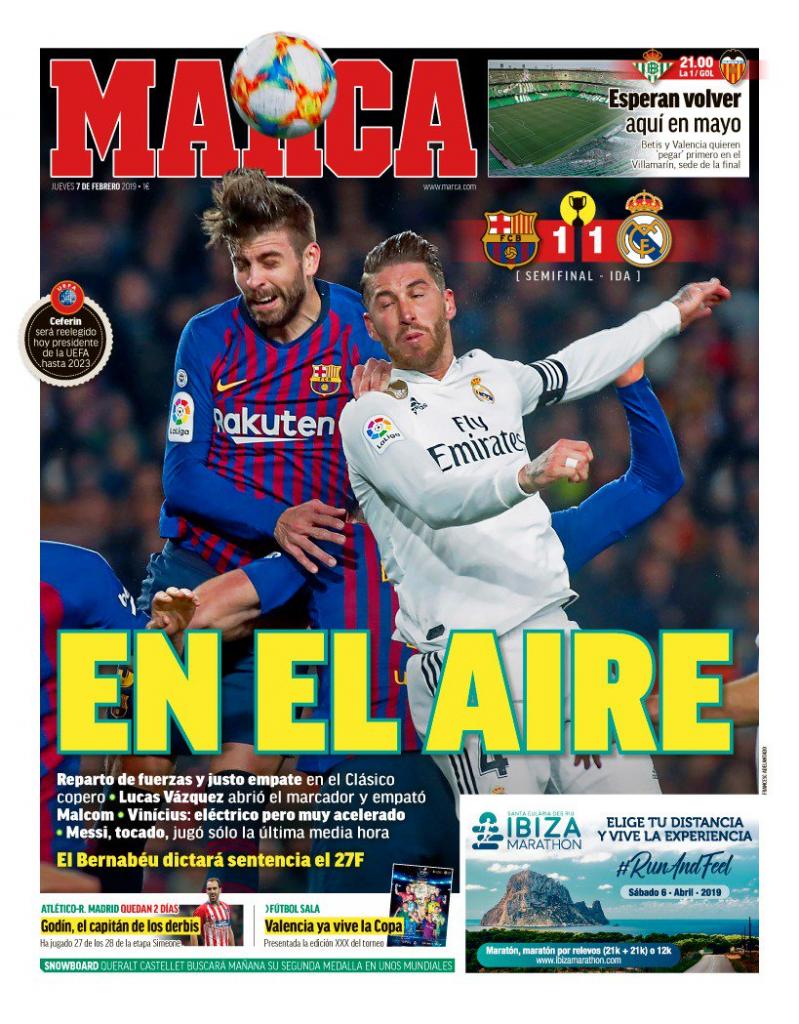 Ceferin to be reelected UEFA president until 2023

Godin, the captain of the derbis 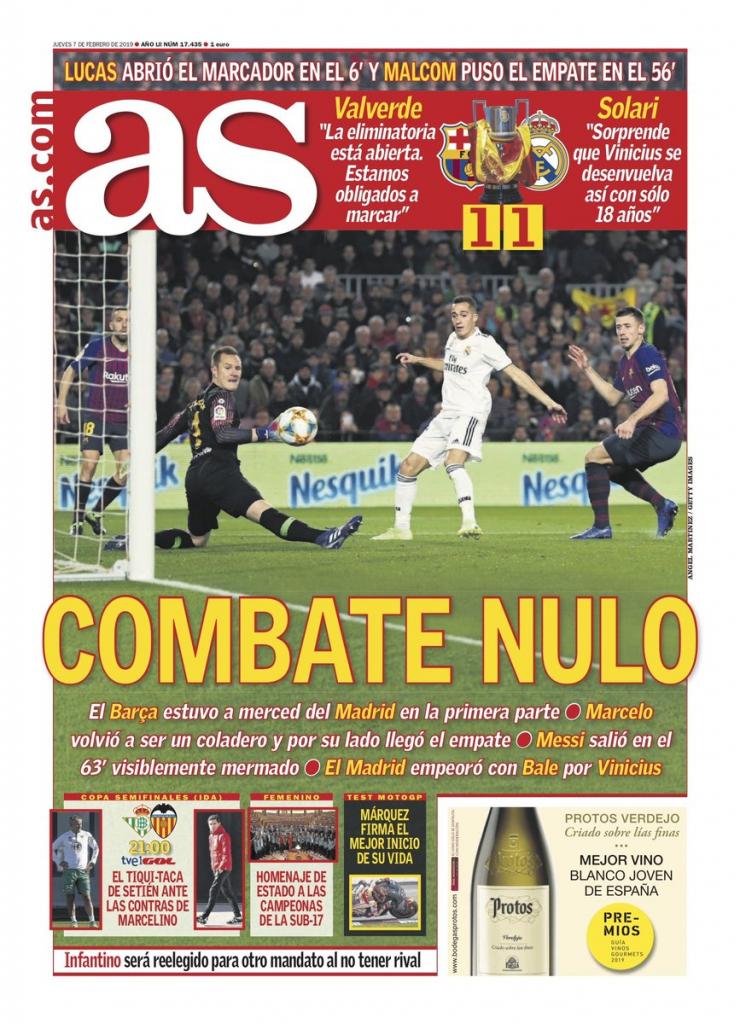 Barca were at the mercy of Madrid in the first half, Marcelo's side brought the draw, Messi comes on in 63rd minute visibly diminished, Madrid got worse when Bale replaced Vinicius

Lucas opened the scoring, cancelled out by Malcom

Infantino to be elected against no rival 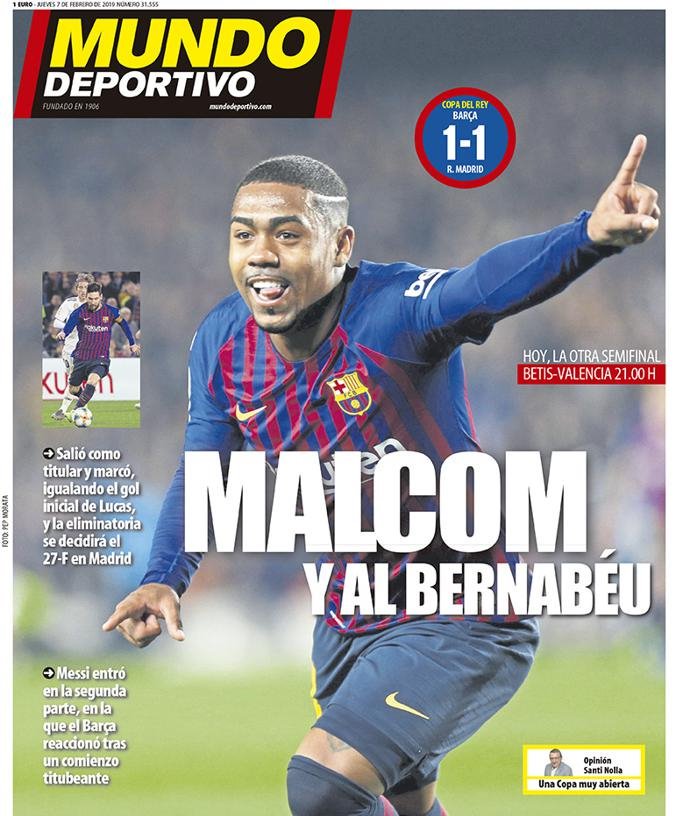 Malcom and the Bernabeu

Started and scored, cancelled out Lucas's opener, return on 27 February, Messi came on in the second half, Barca react after slow start

Today, the other semi-final