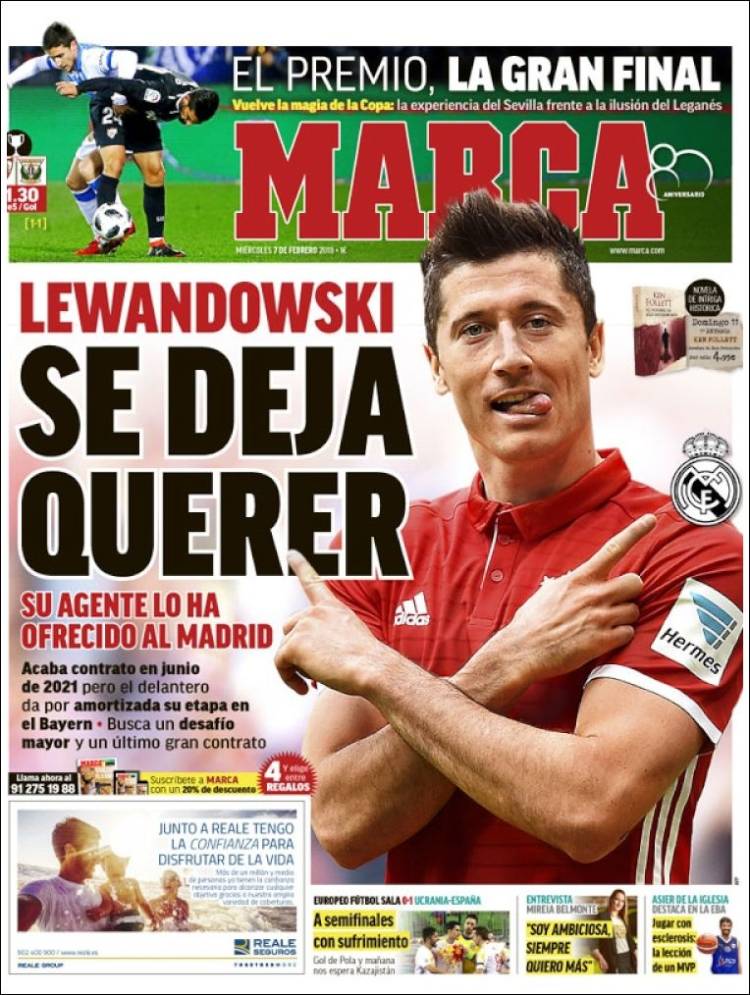 Lewandowski lets himself be wanted

Agent has offered him to Madrid - Forward contracted to June 2021 but wants to immortalise himself at Bayern, wants a major challenge and a big contract

The award, the grand final - return of the magic of the cup, Sevilla against the great dream of Leganes 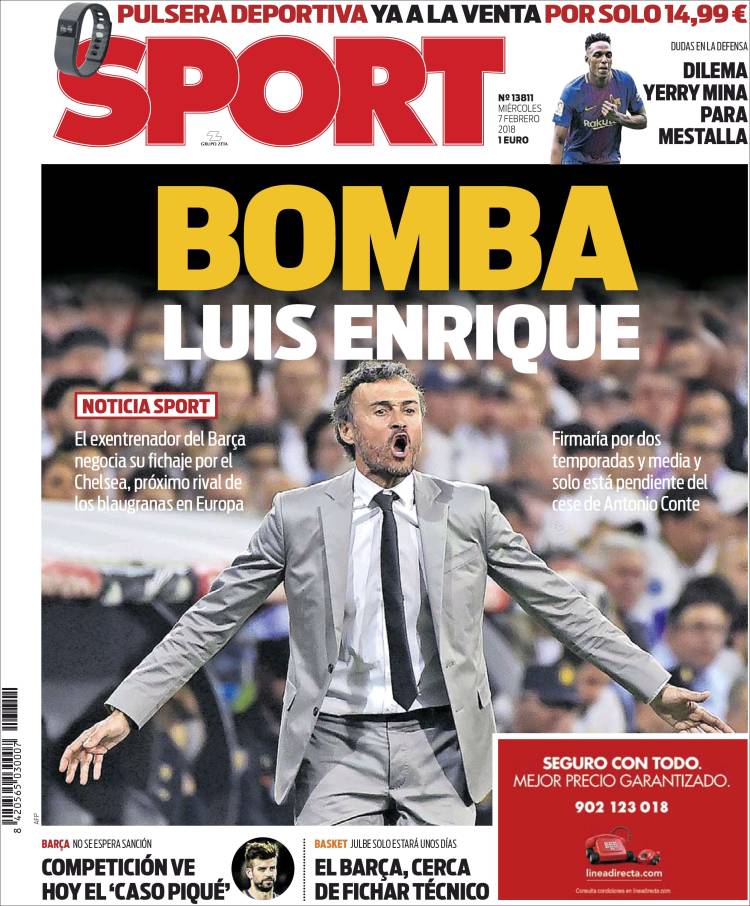 Yerry Mina dilemma for the Mestalla

Competition committee to decide on the 'Pique house' 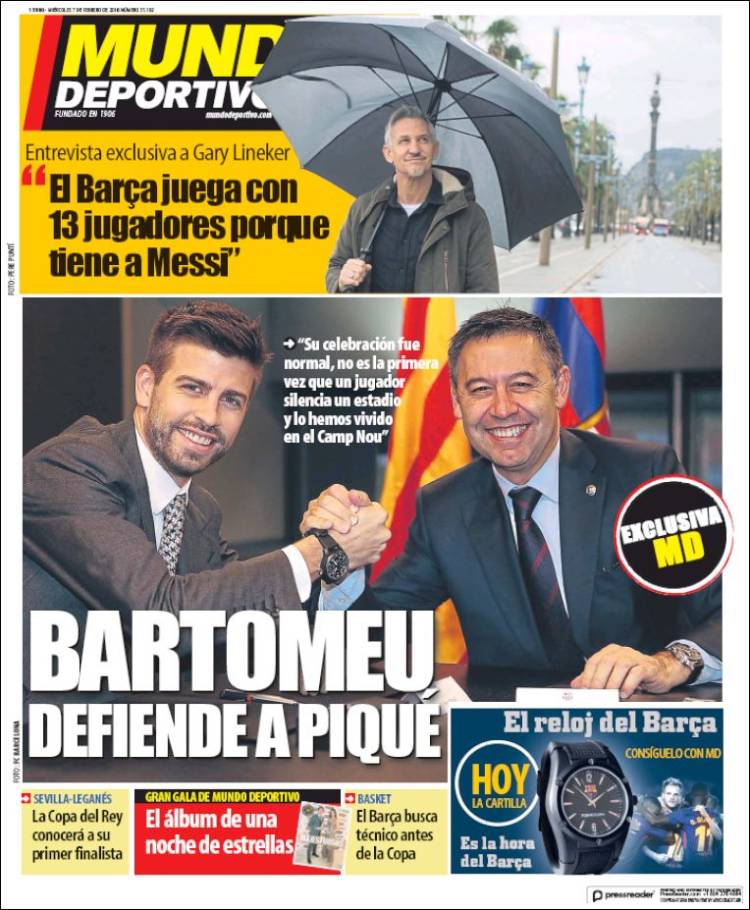 "His celebration was normal, he's not the first player to silence a stadium and we have experienced that in the Camp Nou"

"Barca play with 13 players because of Messi" - Gary Lineker