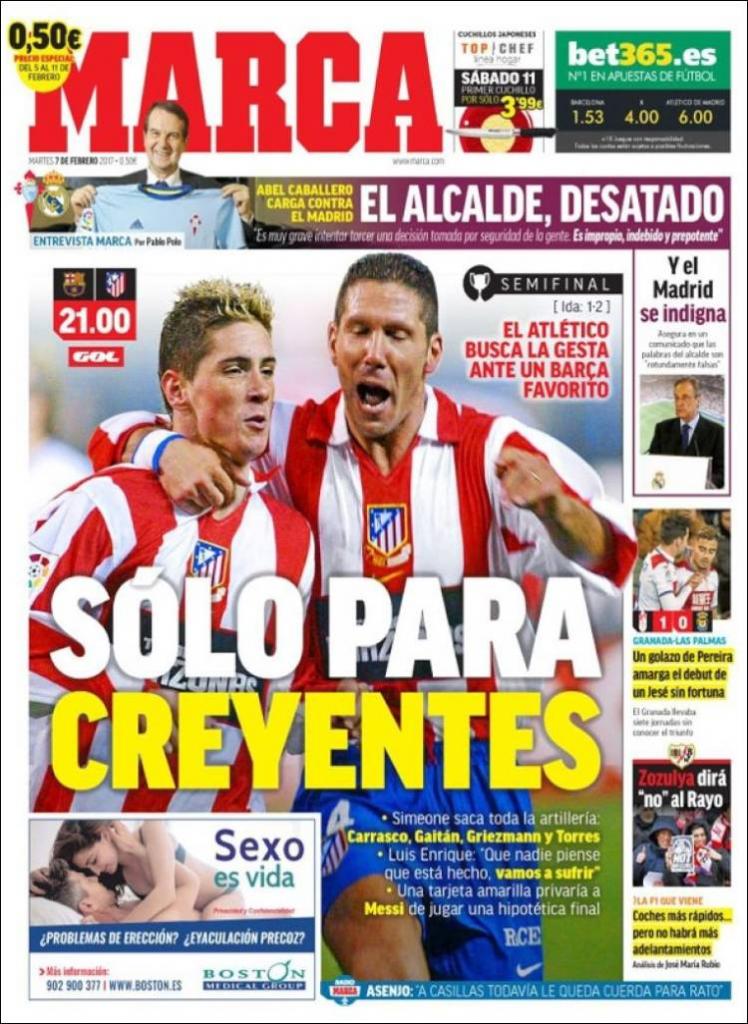 Atleti search for heroes against Barca

Simeone will use all his artillery - Torres, Carrasco, Griezmann and Gaitan, Luis Enrique: Nobody thinks this is done, we will suffer, a yellow card would rule Messi out of a hypothetical final

The mayor, out of control - 'It's very serious to try and twist a decision made for the safety of the people. It's undue, improper and arrogant

Zozulya will say 'no' to Rayo 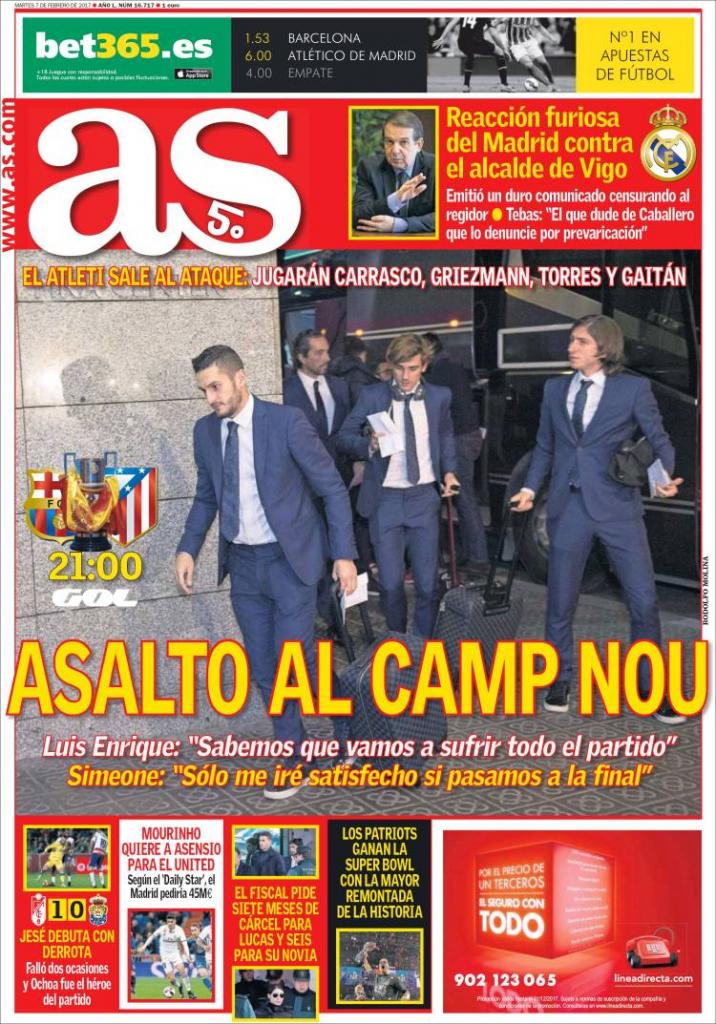 Assault of the Camp Nou

Luis Enrique: 'We know we'll suffer during the game", Simeone: "I'll only be satisfied if we can reach the final" 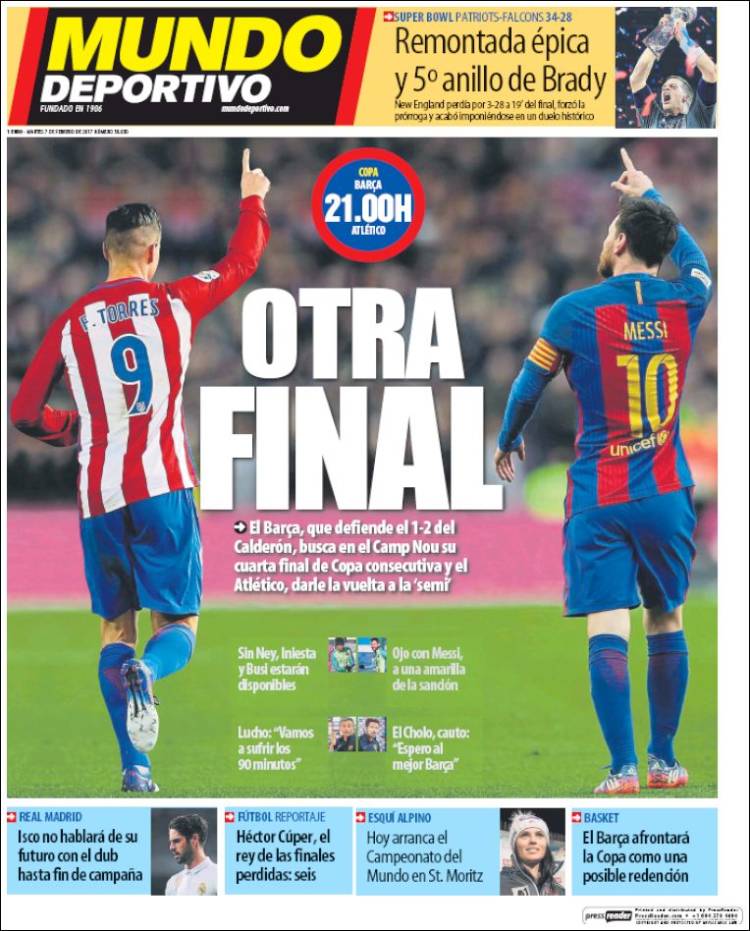 Barca search for 4th consecutive final, defending a 2-1 lead at home to Atleti at Camp Nou

Catalans without Iniesta, Busquets and Neymar

Luis Enrique: We will suffer for 90 mins

Simeone: 'I want to be better than Barca'