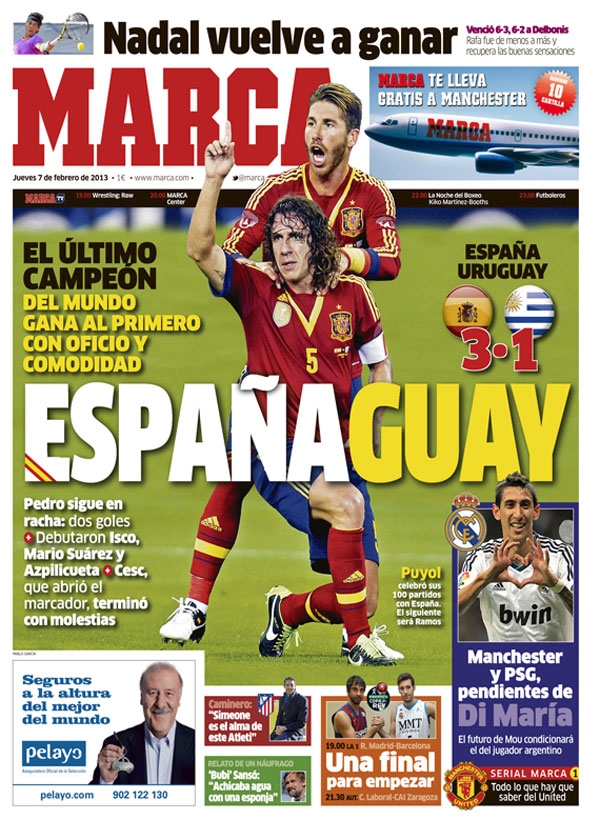 The champion of the world win in routine and comfortable fashion

Pedro continues his streak with two goals, Debuts for Isco, Mario Suarez and Azpilicueta, Cesc opes the scoring, finishes the game with some niggling pain

Puyol celebrates 100 games for Spain, Ramos will be next

Manchester City and PSG want Di Maria: The future of Mou depends may decide the Argentine's next destination

Al that you have to know about United

Caminero: "Simeone is the soul of this Atleti"

Relative of a someone who was shipwrecked, Bubi Sanso: "Drank water from a sponge"

Nadal returns to win, beating Delbonis 6-3 6-2, Rafa was more or less himself and made two great recoveries

A final to start, Real Madrid and Barcelona in the Copa del Rey 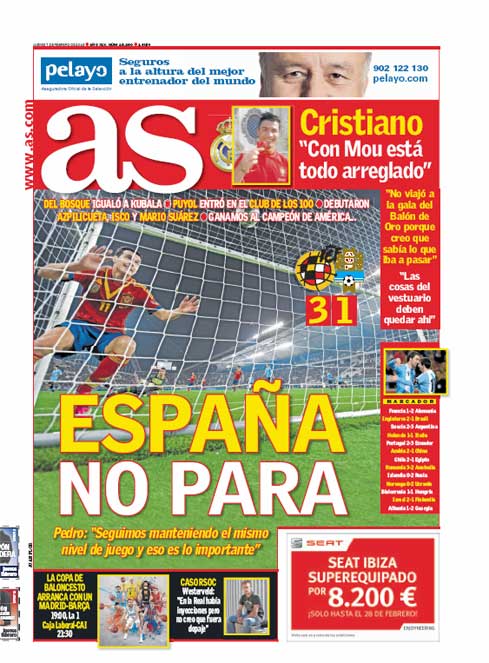 Pedro: "We continue maintaining the same high level and this is important"

Cristiano: "With Mou everything is organised", "He did not travel to the Balon d'Or gala because I believe he knew he had to go to work", "What happens in the dressing room has to stay there"

Basketball Cup the contest continues between Madrid and Barca at 19.00hrs La 1 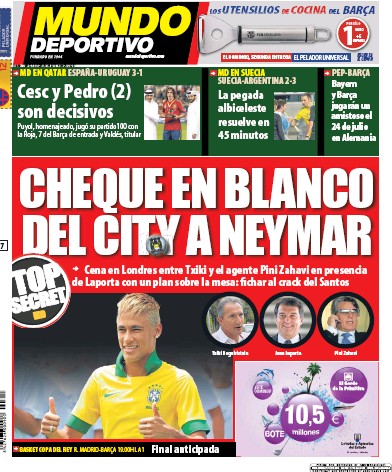 Dinner in London between Txiki, agent Pini Zahavi and in the presence of Joan Laporta with a plan to sign over the table:to sign the 'crack' of Santos

Puyol given homage as he played his 100th game for La Roja, 7 Barca players and Valdes in the starting team

Sweden 2-3 Argentina: The Albiceleste resolved the tie in 45 minutes

Pep-Barca: Bayern and barca to play in a friendly on the 24 July in Germany

Copa del Rey of Basketball: Anticipation for the final between Real Madrid and Barca