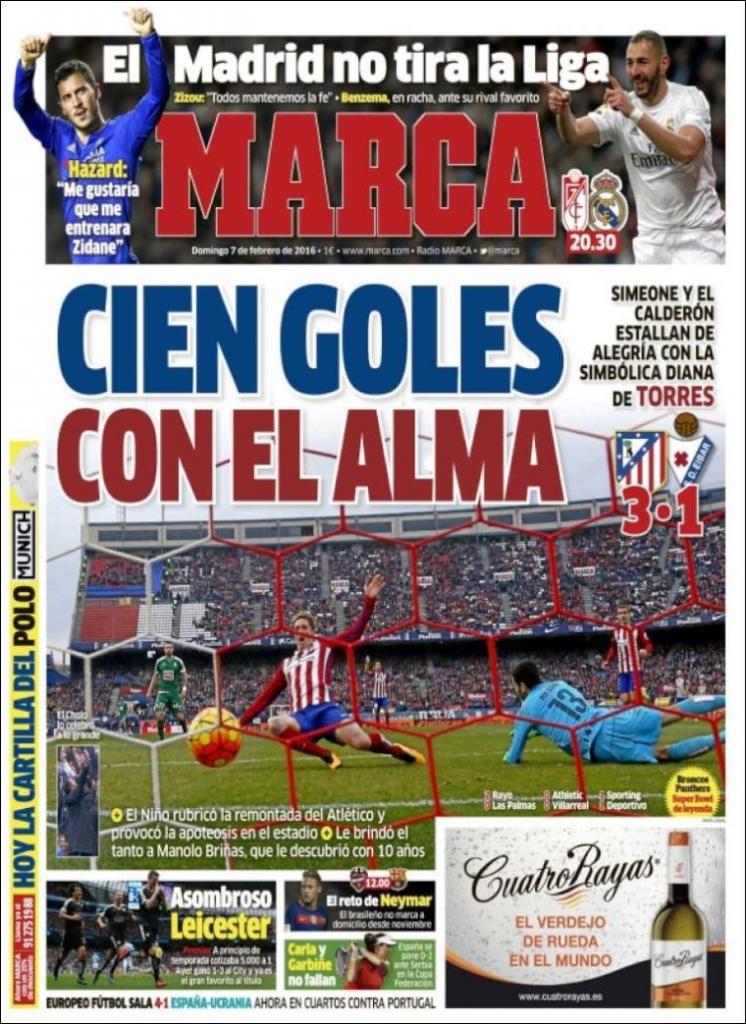 One hundred goals with soul

Simeone and the Calderon burst with joy after Torres’ symbolic goal

He dedicated his goal to Manolo Brinas, who discovered him at 10 years old

Madrid will not give up on La Liga

Zizou: “We’re all keeping the faith”

Benzema, on a roll, travels to his favourite opponents

Hazard: “I would like to be coached by Zidane”

The Brazilian has not scored at home since November 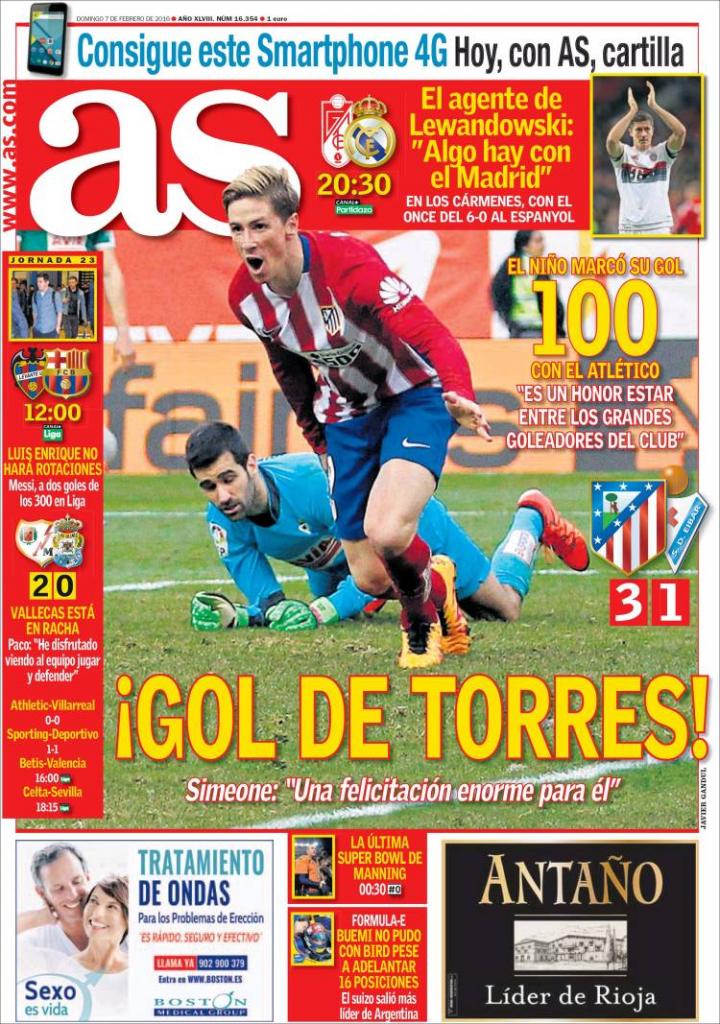 Simeone: “Huge felicitations for him”

"It’;s an honour to be among the great scorers of the club”

Lewandowski’s agent: “There’s something with Madrid”

Luis Enrique will not rotate

Messi, two goals away from 300 in the League

Vallecas is on a roll

Paco: "I enjoyed watching the team play and defend" 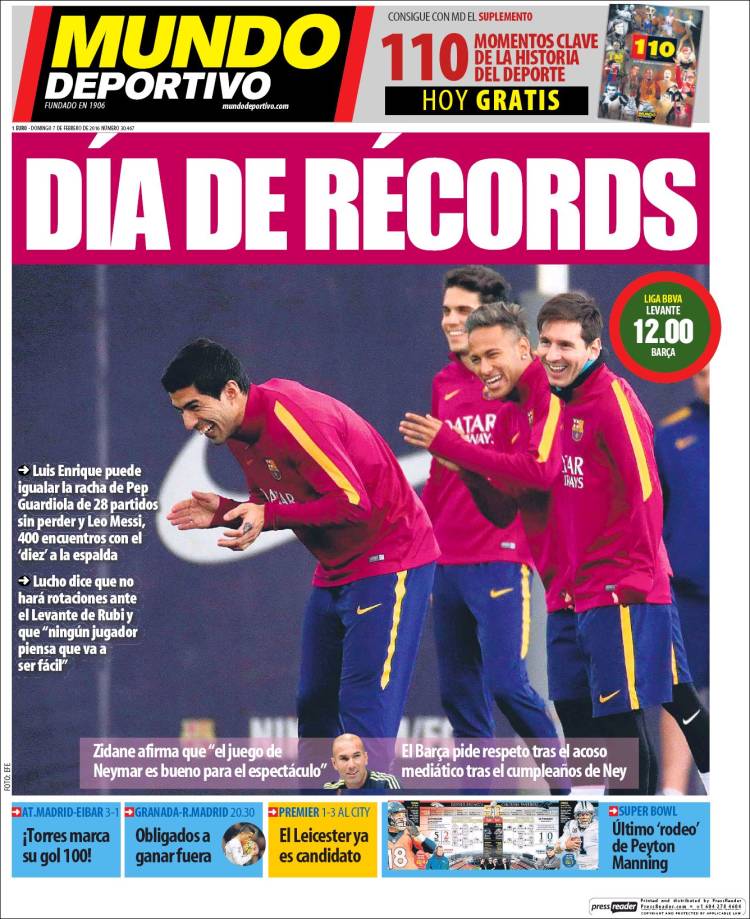 Zidane affirms “Neymar’s show is good for the spectacle”

Barca ask for respect after the media harassment into Neymar's birthday

Madrid forced to win away