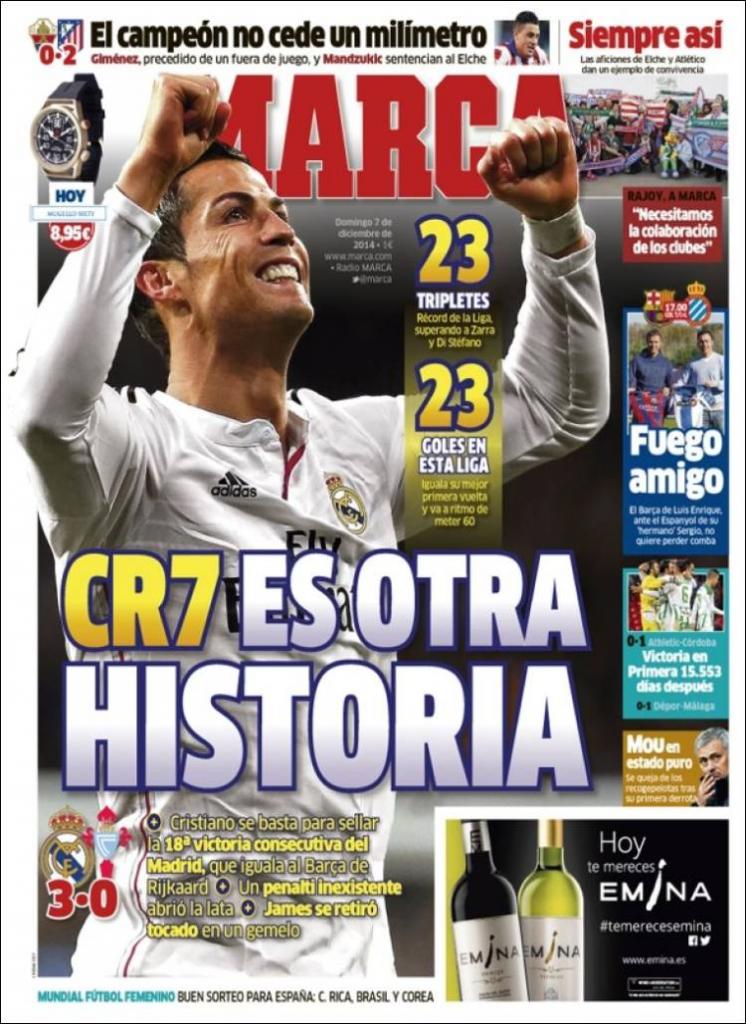 CR7 is another story

The champions don’t concede one millimetre

Jimenez, benefiting from an offside, and Mandzukic seal the game against Elche

It should always be like this: Elche and Atletico fans show an example of togetherness

Rajoy to Marca: “We need the collaboration of all the clubs”

Friendly fire: Luis Enrique’s Barca, against Sergio’s Espanyol, does not want to falter

Mou in a bad mood: he complains about the ball boys after his first defeat 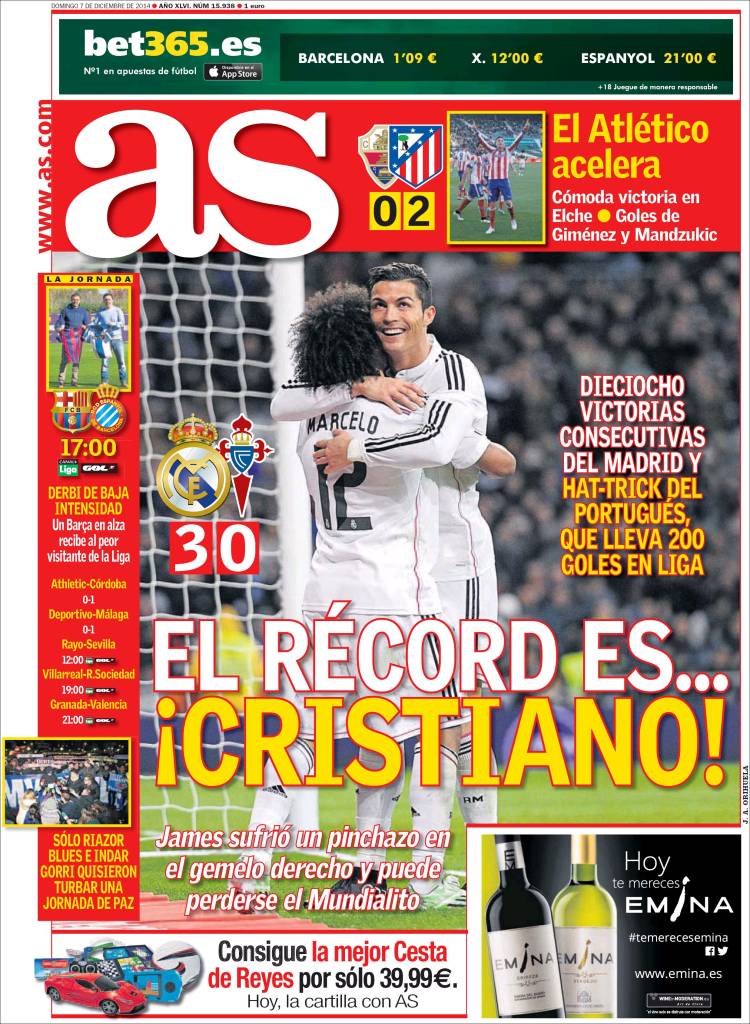 Comfortable win at Elche: goals from Gimenez and Mandzukic 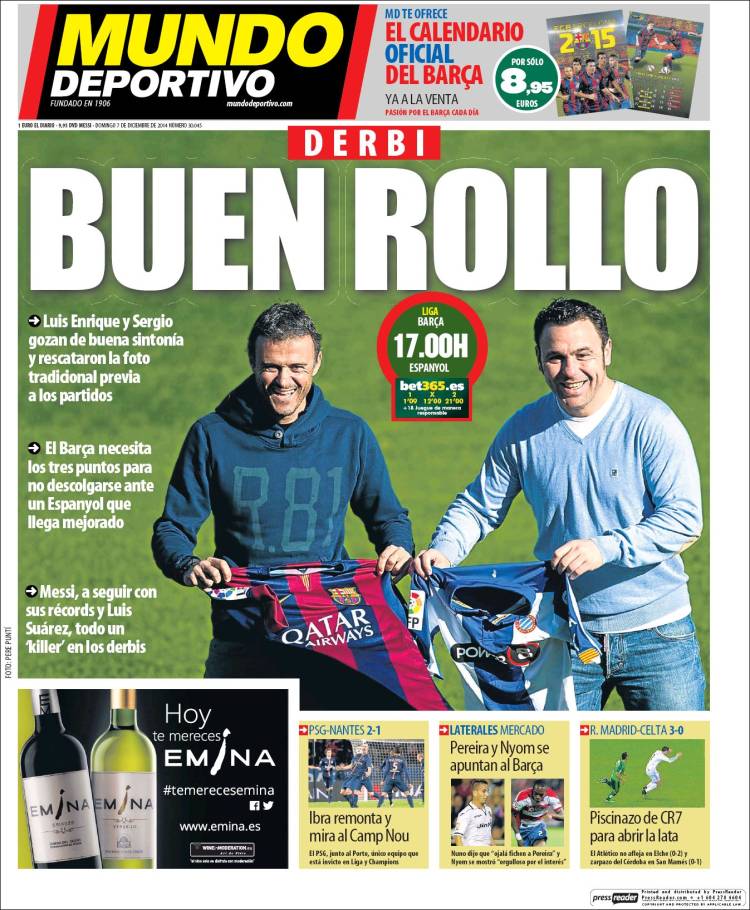 On a good run

Messi, who wants to carry on his records, and Suarez the ‘killers’ in the derby

Ibra stages a comeback and looks towards the Camp Nou

Pereira and Nyom near Barca

A CR7 dive to open the can