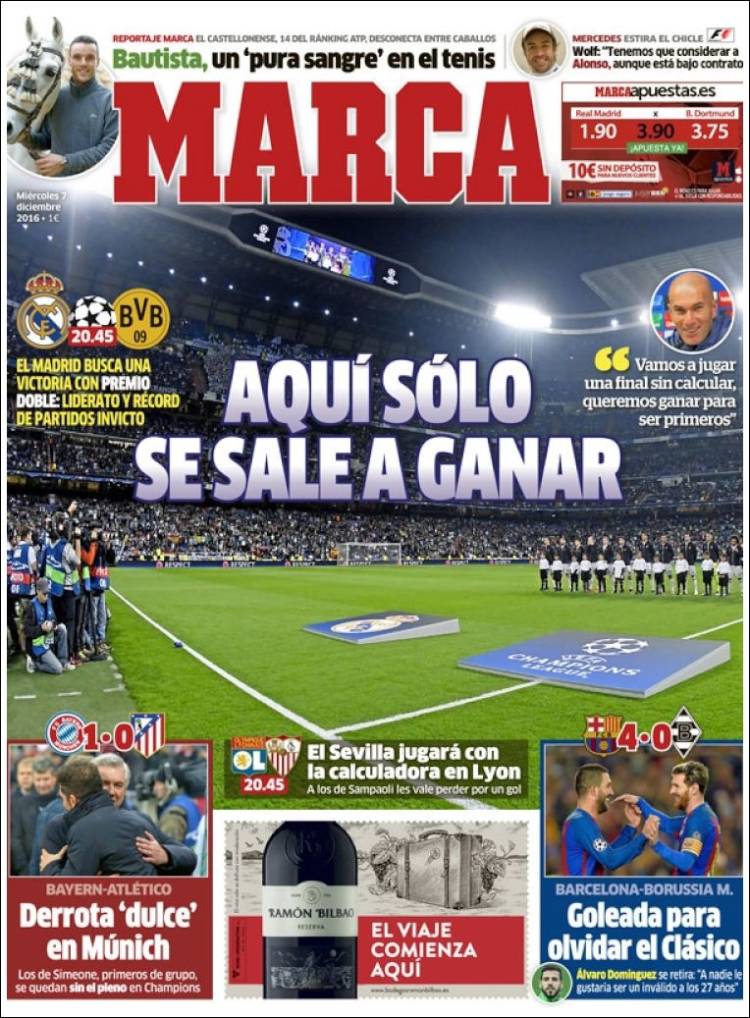 Here only to win

Real Madrid look for the double prize: topping their group and achieving an unbeaten record

Zidane: We go to play a final without calculating, we want to top the group

A thrashing to forget El Clasico

Borussia Monchengladbach defender Alvaro Dominguez retires at 27 due to injury 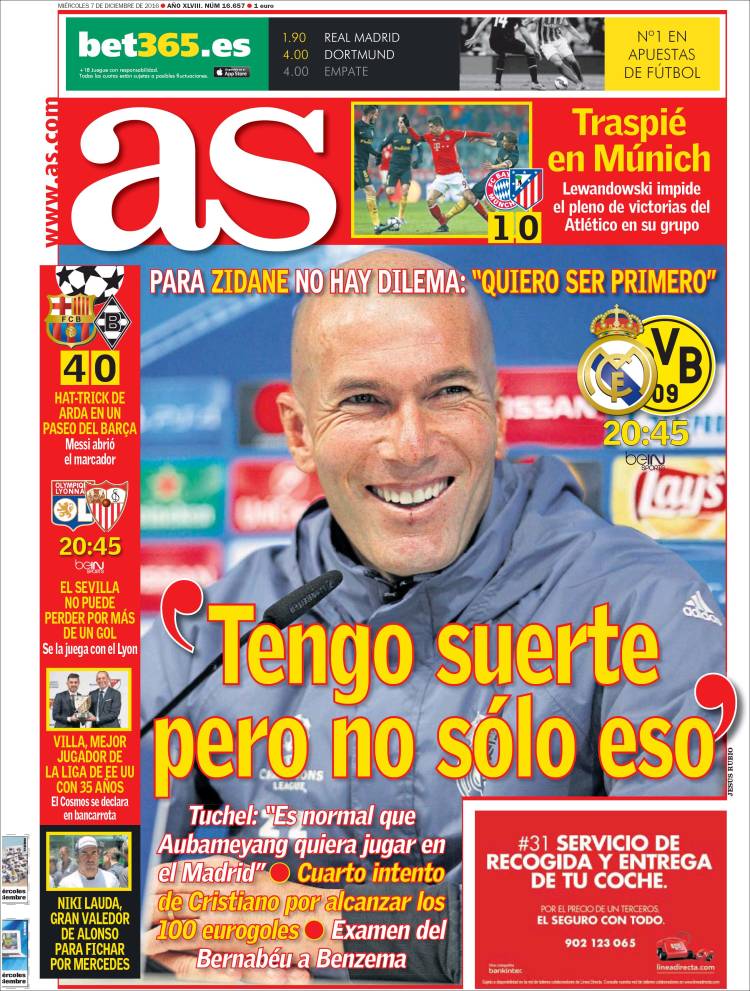 Zidane: I'm lucky but I'm not only that

ZZ: I want to top the group

Tuchel: It's normal that Aubameyang would want to play in Madrid

Ronaldo looks for 100 CL goals for the fourth time

Villa, best player of the MLS at 35 - Cosmos declared bankrupt 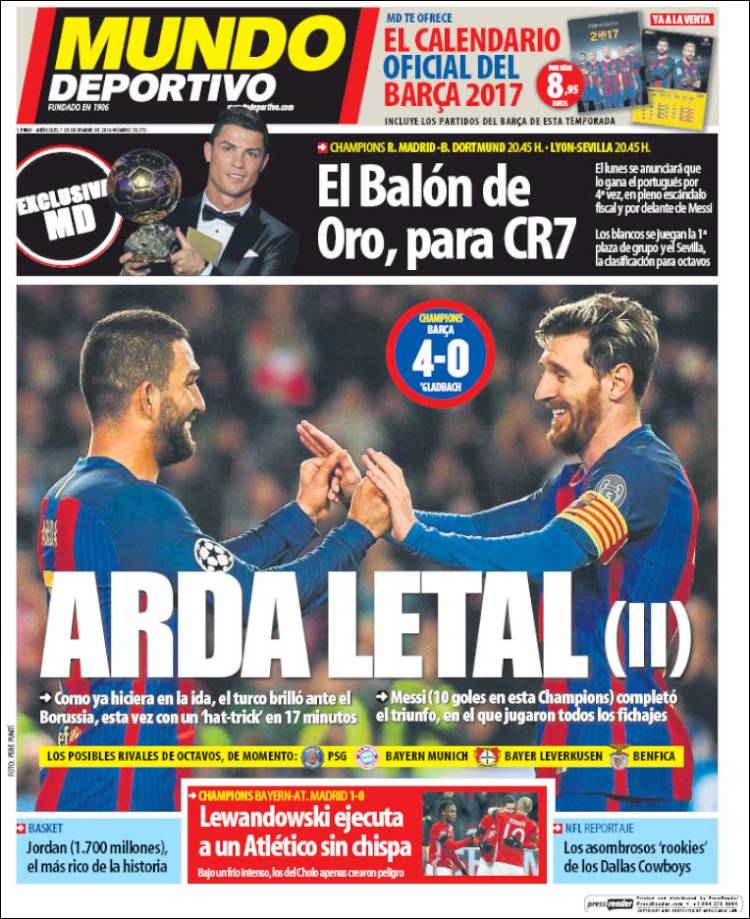 The Turk scores a brilliant hat-trick on his return for the team, netting 3 goals in 17 minutes

Sevilla can advance tonight with 1-goal defeat or better

Lewandowski downs an Atletico side without spark