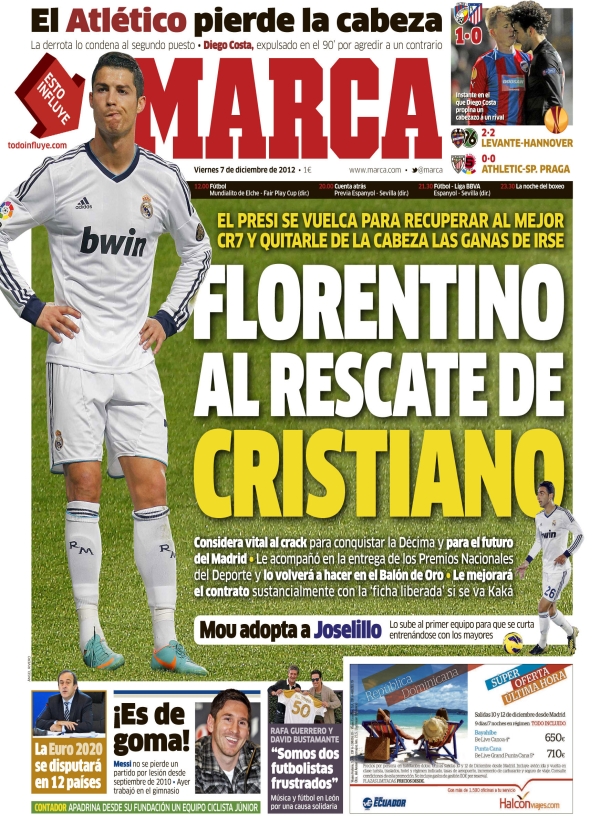 Florentino to the rescue of Ronaldo

Perez considers the star important in the clubs’ conquest for their tenth European Cup and for the future of the club in general; he accompanied Ronaldo to the National Premiers of Sport’s Ceremony; He will offer  him the best most sustainable contract but also depends on Kaka leaving

Mou takes on Joselillo; the youth player is now training with the first team

Atletico lose their heads: Their loss to Viktoria Plzen sees them condemned to second place

Euro 2020 to be disputed across 12 countries

Messi is made of rubber: Messi has not missed a game since September 2010 and yesterday was working in the gym

Rafa Guerrero and David Bustamente: We are frustrated footballers” 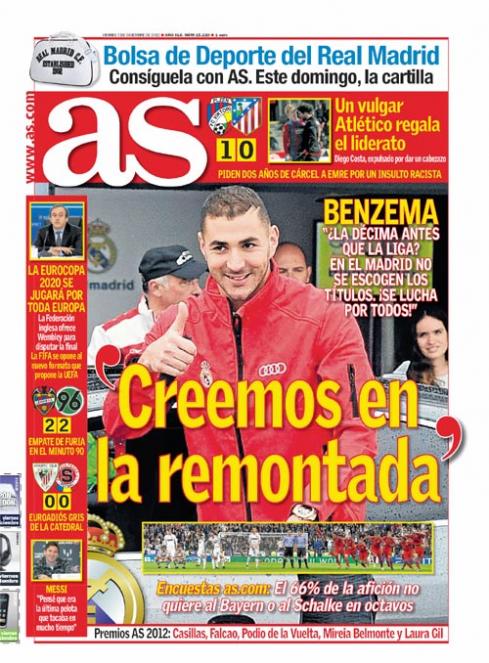 Benzema: We believe we can come back….la decimal before La Liga? In Madrid you cannot choose which titles to try for, you have to go for all of them

AS Poll: 66 per cent of Real Madrid fans do not want Bayern Munich or Schalke

The AS premiers of 2012: Casillas, Falcao, return to the Podium, Mireia Belmonte, Laura Gil

Diego Costa sent off for a head-butt

The FA offer Wembley for the final

Athletic Bilbao 0-0 Sparta Prague: A dull night at the Cathedral as Athletic wave goodbye to Europe

Messi: I thought it would be the last ball I touch for a long time 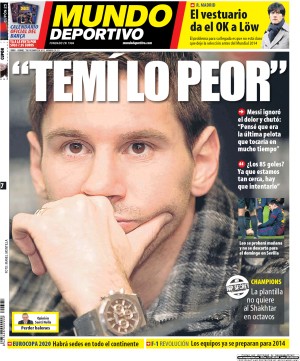 I feared the worst – Messi

Messi to ignore the pain and go for it; “I think that it was the last ball I would touch for a long time…..the 85 goals, already we are so close, we must try for it”

Eurocopa 2020 to be spread over the continent

Real Madrid: The team gives the ok for Low