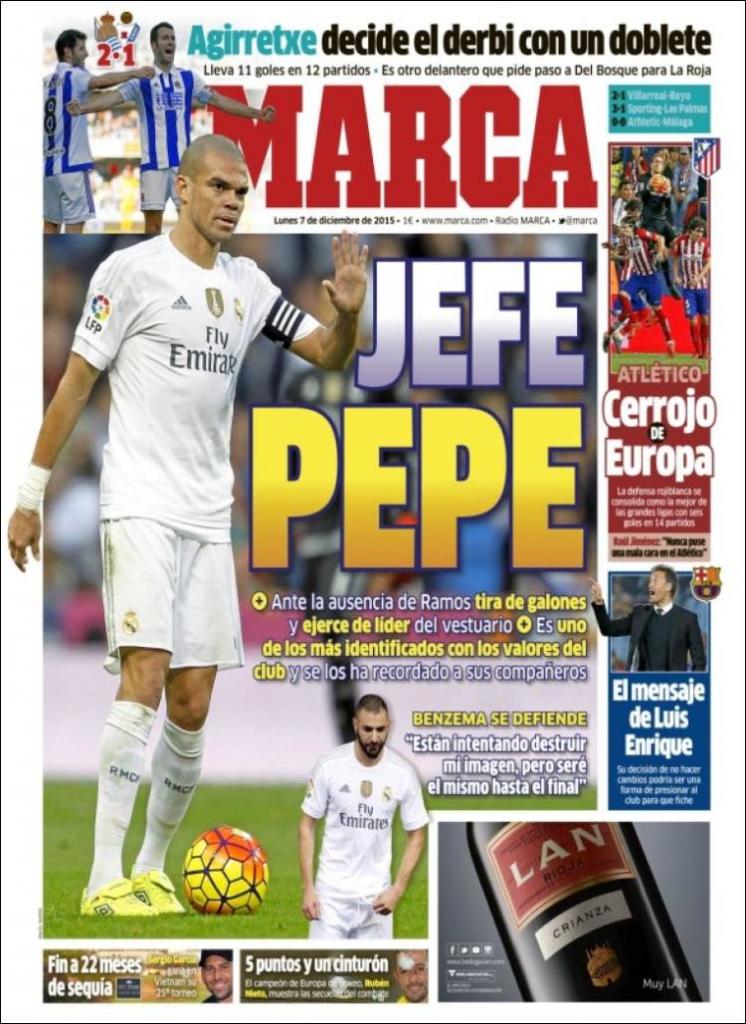 In Ramos’ absence, he has pulled the strings and acts as a leader of the dressing room

“They’re trying to destroy my image, but I will be the same until the end”

Agirretxe decides the derby with a brace

He is another forward for Del Bosque to consider

Raul Jimenez: “Never put a bad face on at Atletico”

The message of Luis Enrique 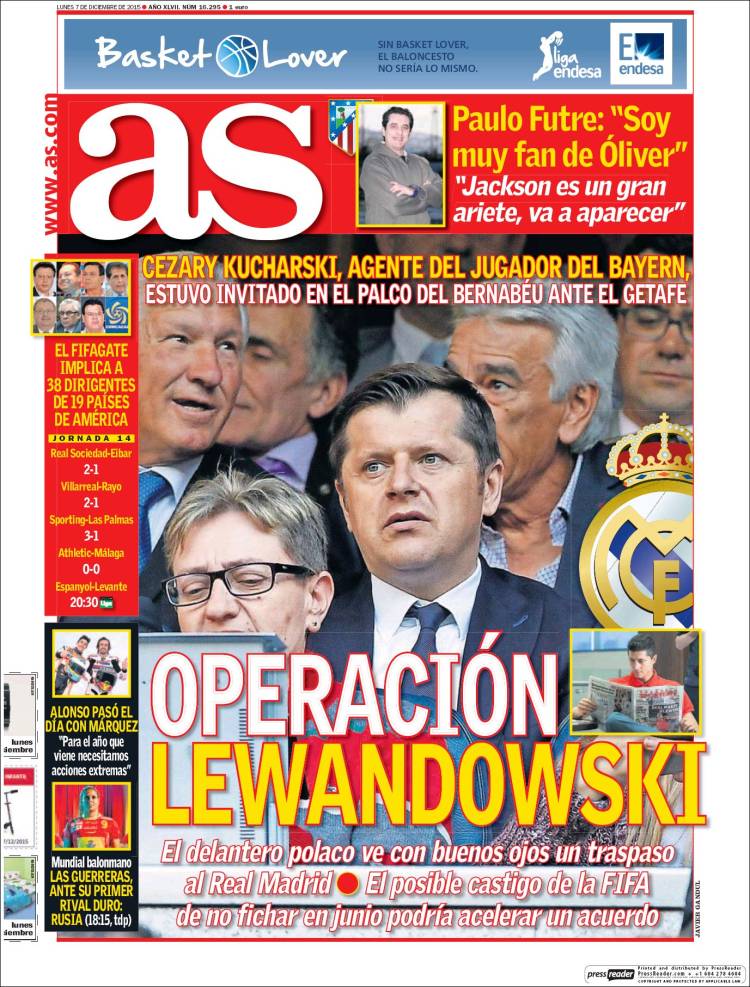 He was invited to the President’s box against Getafe

The Polish striker seems interested in a move to Real Madrid

The possible punishment from FIFA in June could accelerate an agreement

Paulo Futre: “I am a big fan of Oliver”

“Jackson is a great striker, he will prove his worth” 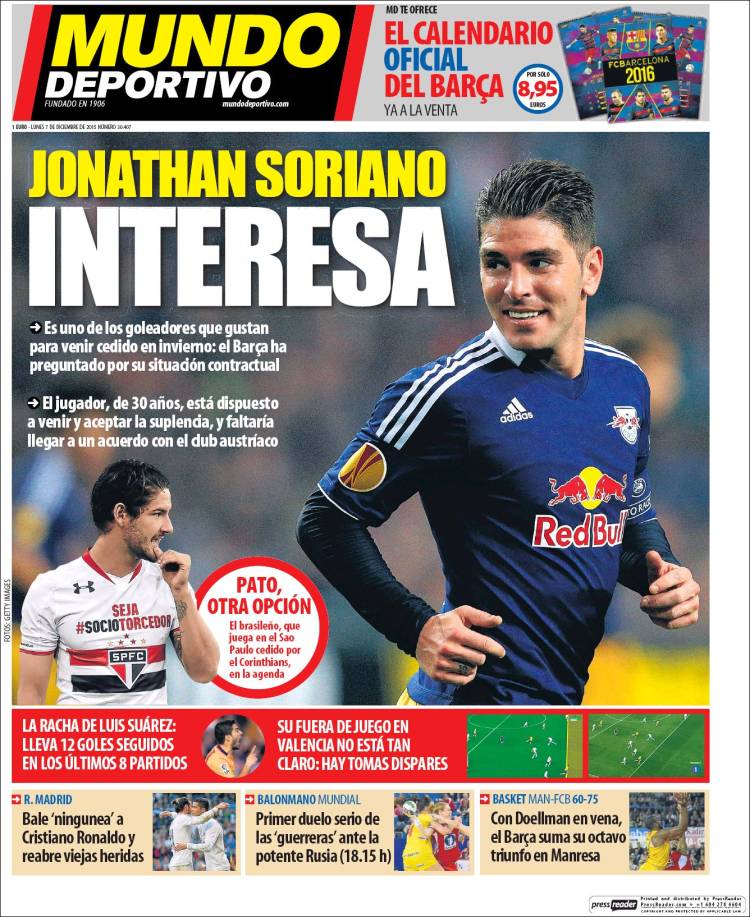 He is one of the players who would like to join in the winter: Barca have asked about his contractual situation

The player, 30, is willing to come and accept a peripheral role, but an agreement with the Austrian club has yet to be reached

The Brazilian, who plays for Sao Paulo on loan from Corinthians, is also on the agenda

The streak of Luis Suarez: 12 goals in his last eight games

Offside allegations against Valencia are not so clear: disparate footage