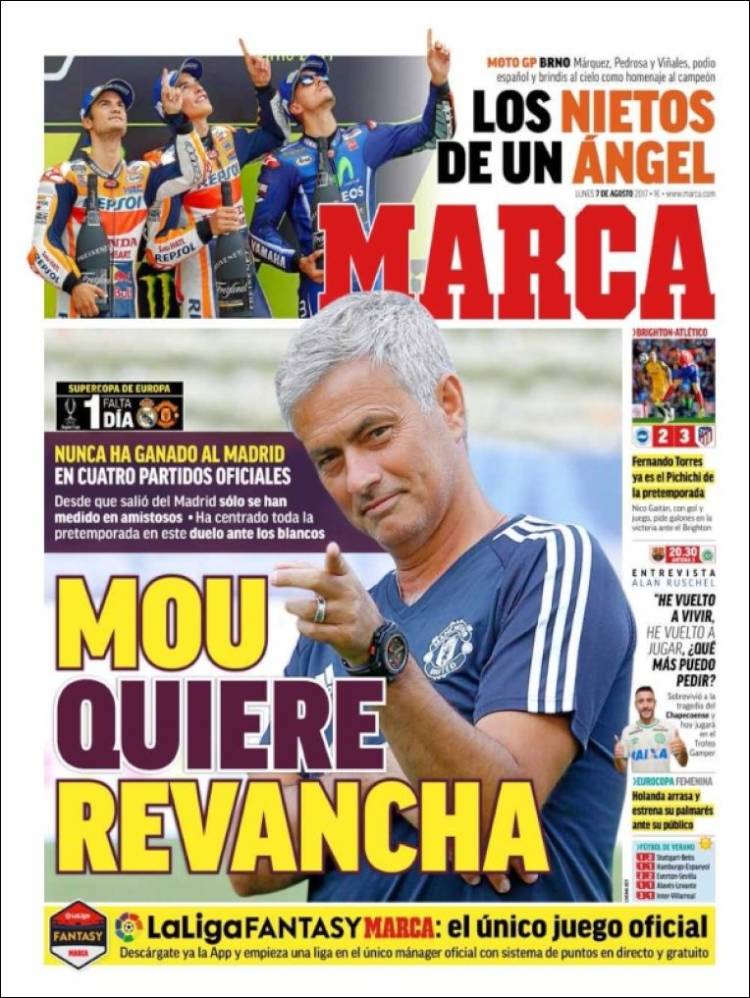 Since leaving Madrid, has only played them in friendlies, has focused his pre-season on Super Cup 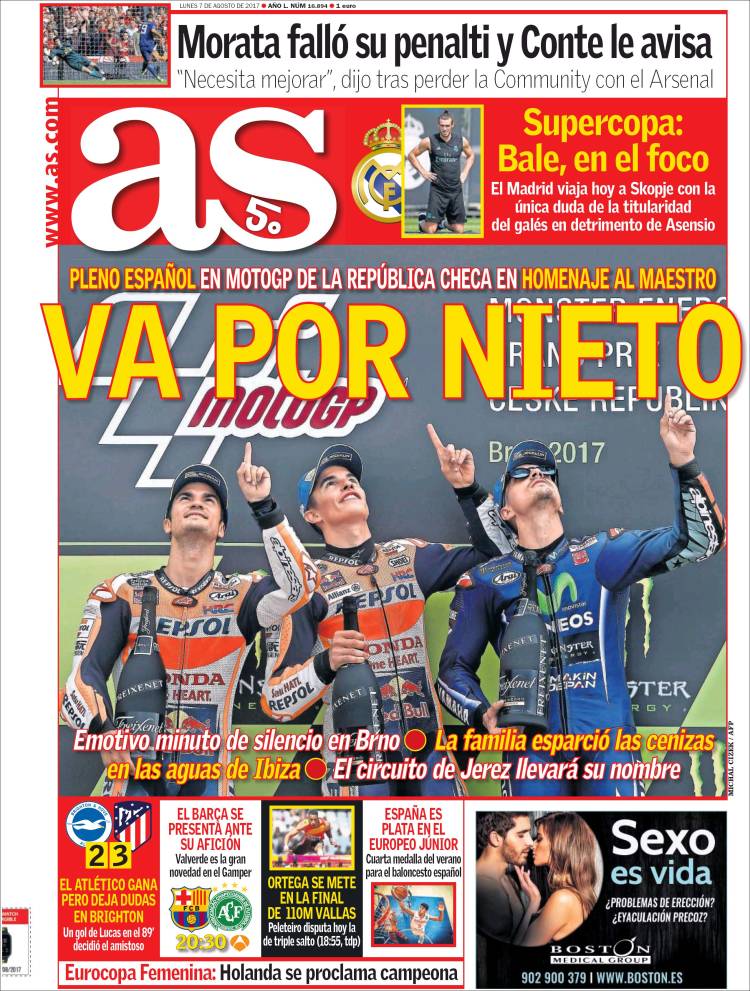 Super Cup: focus on Bale - Madrid travel to Madrid with Bale's place at risk to Asensio

Morata misses penalty and Conte warns him - 'I need better'

Barca to play before fans - Valverde debuts against Chapecoense 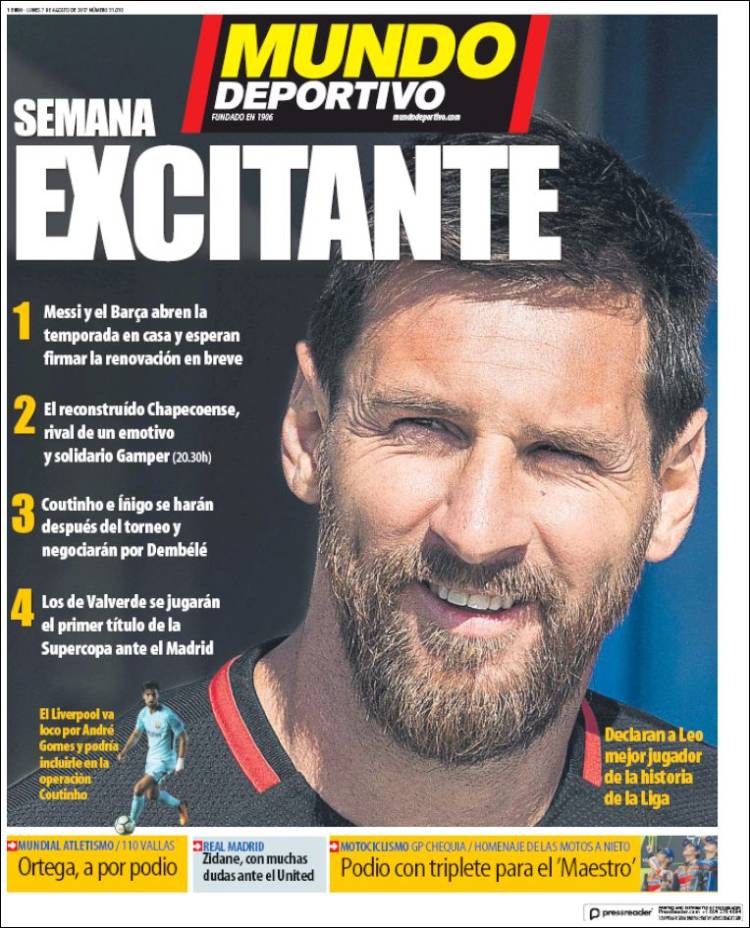 Messi and Barca new season, wait on new contract, to play emotive match with Chapecoense, Coutinho and Inigo to sign with negotiations for Dembele, Valverde's side to play for first trophy against Madrid

Zidane with many doubts before United