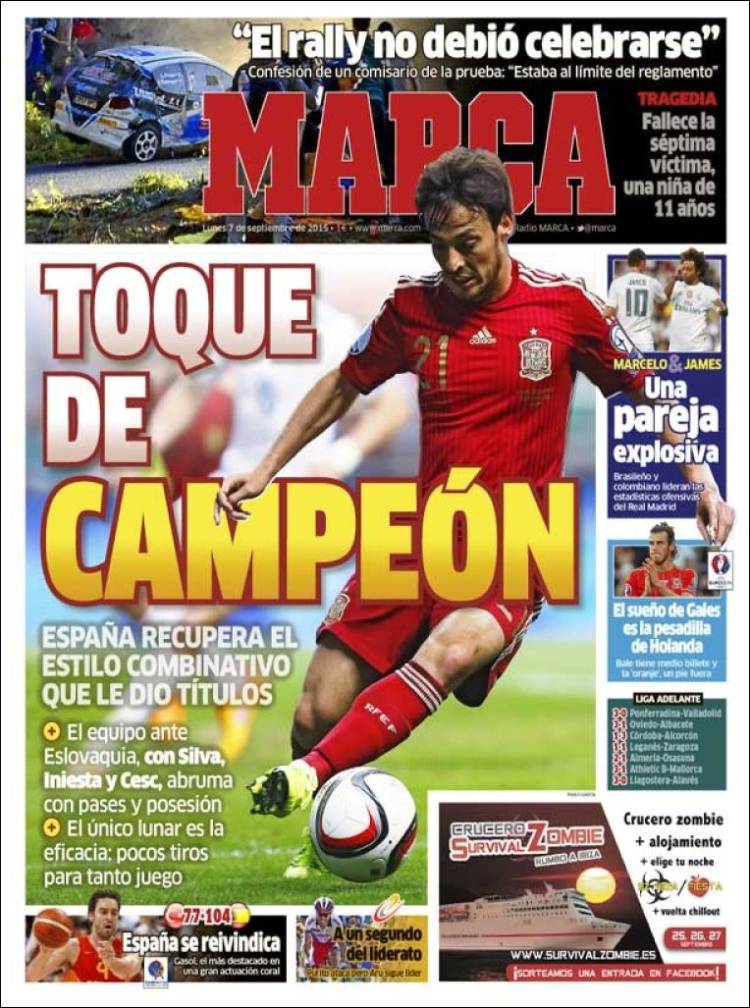 Spain recover the combinational style which won them trophies

The team against Slovakia, with Silva, Iniesta and Cesc, oozed passing and possession

The only issue is their efficacy: only a few shots in either game

The Brazilian and Colombian are statistically Real Madrid's best attackers 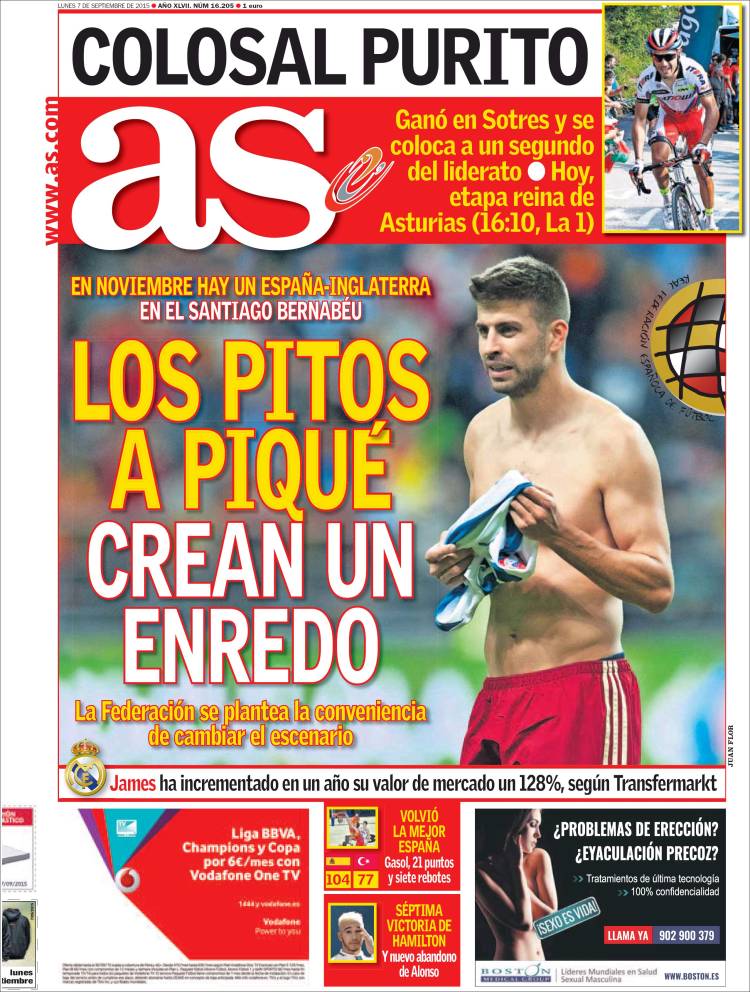 Spain play England at the Santiago Bernabeu in November

The RFEF considers changing the venue

James has increased his market value by 128 percent this year, according to Transfermarkt 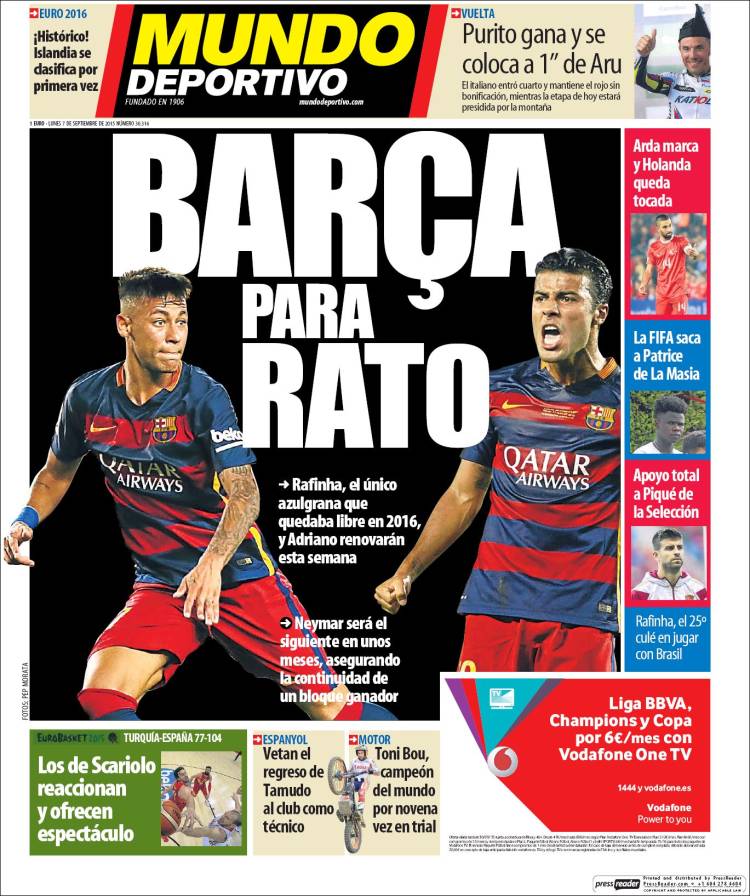 Barca for a while

Rafinha, the only Barca player who will be a free agent next year

Adriano will renew his contract this week

Neymar will also renew in the next few months, ensuring the continuity of a winning squad

Arda scores against Netherlands and completes the match

Tamudo's return to Espanyol as a coach is vetoed