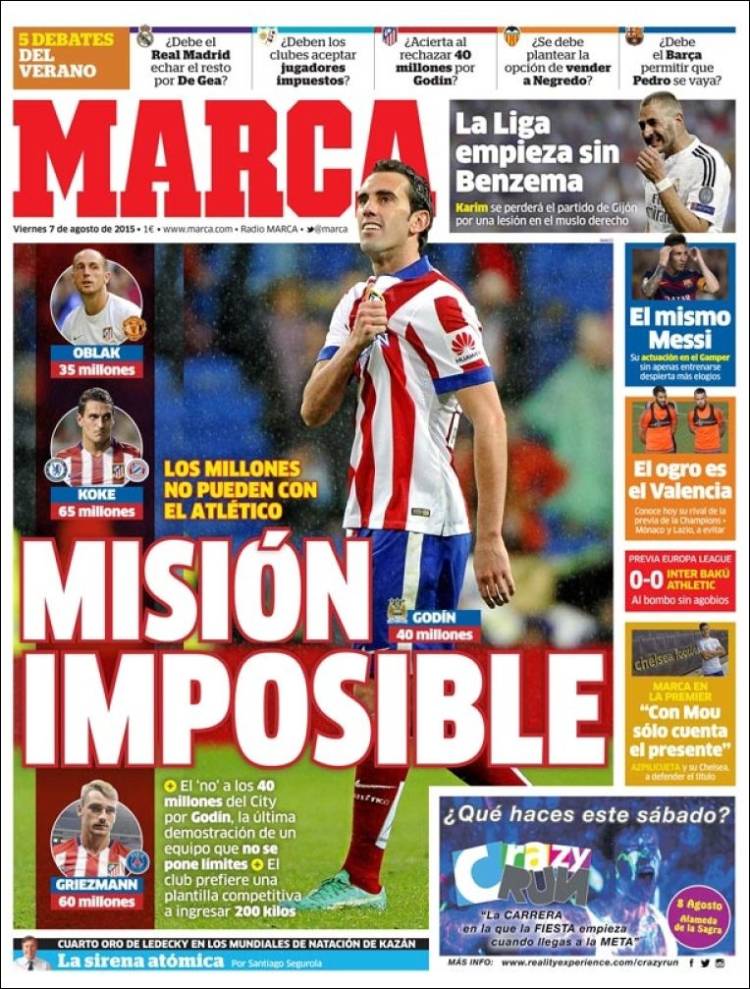 Millions will not tempt Atletico

‘No’ to City’s €40m bid for Godin, the latest sign of a team without limits

The club prefer to have a competitive squad instead of €200m

Koke to Chelsea or Bayern, €65m

La Liga to begin without Benzema

Should Real Madrid go all out for De Gea?

Are Atleti right to reject €40m for Godin?

His performance in the Gamper Trophy, despite having trained little, wins praise

The ogre is Valencia

They hope to avoid Monaco and Lazio

“With Mou, only the present counts”

Azpilicueta on Chelsea defending their title 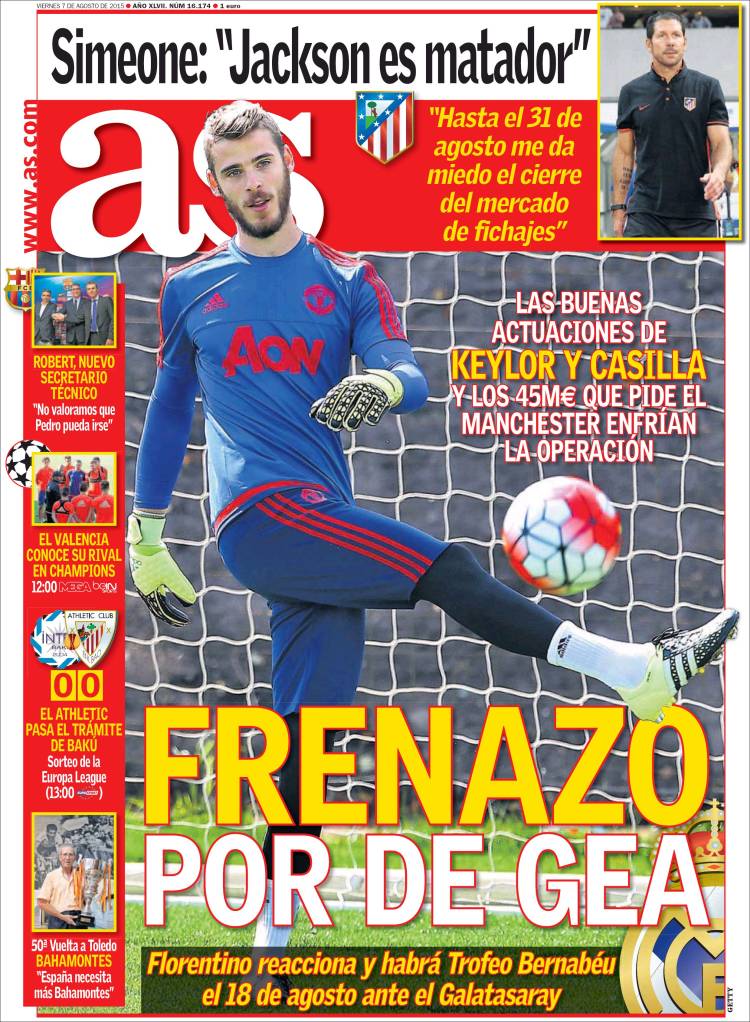 The good performances of Casilla and Keylor, along with Manchester United’s €45m asking price, cools the transfer

The Trofeo Bernabeu will be played on August 18 against Galatasaray

Simeone: “I live in fear of the transfer market until August 31”

Simeone: “Jackson is a matador”

“We are not evaluating Pedro’s departure”

Valencia will discover their opponents in the Champions League playoffs 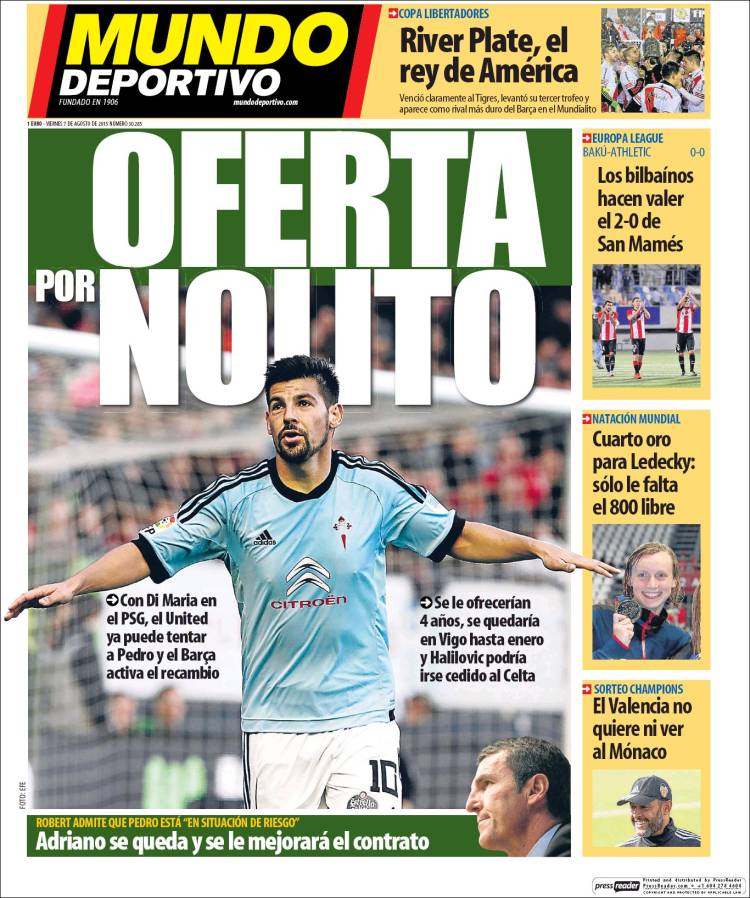 They would offer Nolito a four-year deal, he would stay in Vigo until January and Halilovic could go to Celta on loan

River Plate, the kings of America

They defeat Tigres, lift their third trophy and will prove difficult opponents for Barca in the Club World Cup

Athletic rewarded for their 2-0 win at San Mames

Valencia do not want to see Monaco