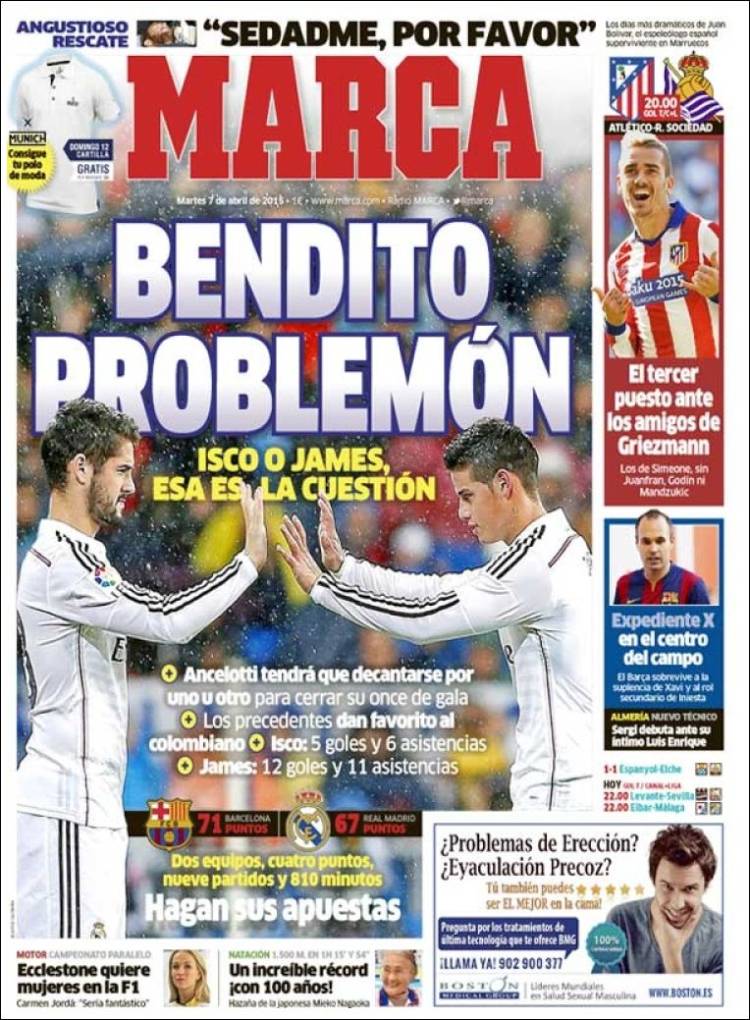 Isco or James – that is the question

The precedents make the Colombian favourite

X-file in the middle of the pitch 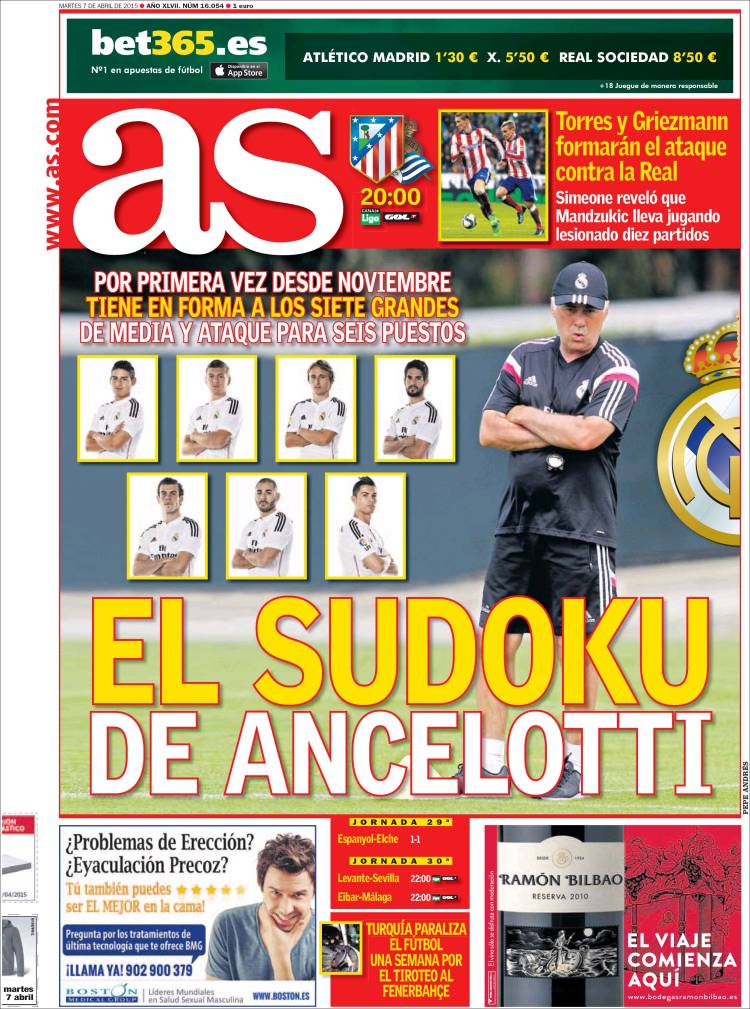 Torres and Griezmann will make up the attack against La Real

Simeone reveals that Mandzukic has played 10 games whilst injured

Turkey stop football for one week after the shooting at Fenerbahce 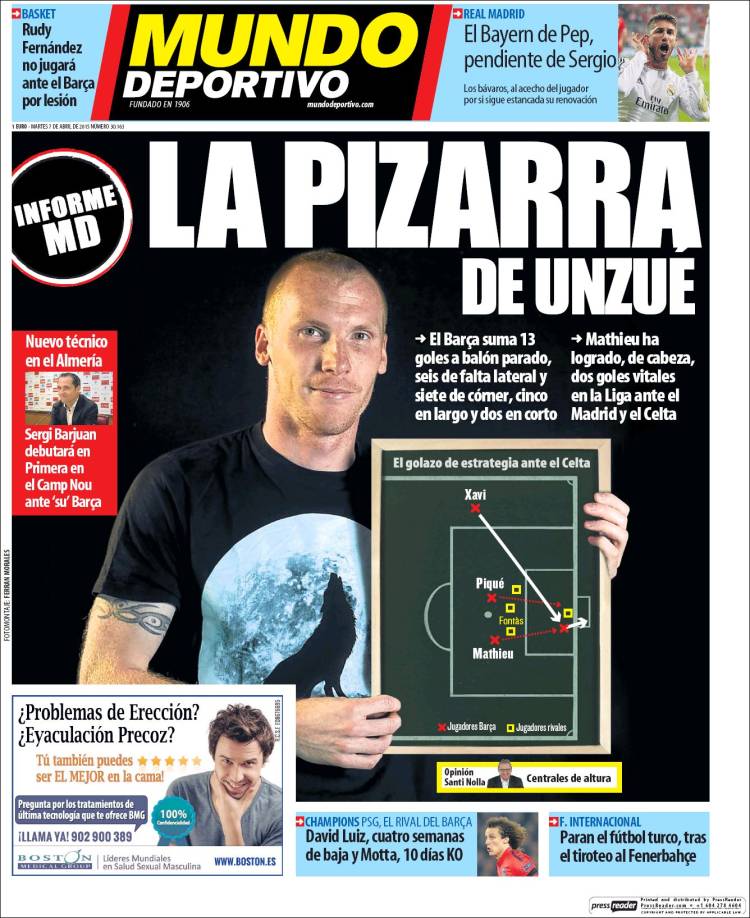 Barca have scored 13 goals from set-pieces, six from free-kicks out wide, seven from corners, five from long distance and two from short distance

Almeria’s new boss: Sergi Barjuan will make his Primera debut in the Camp Nou against ‘his’ Barca

Pep’s Bayern leaning towards Sergio. The Bavarians are looking out for him if he continues the stance over his contract renewal

Turkish football stops after the shooting at Fenerbahce