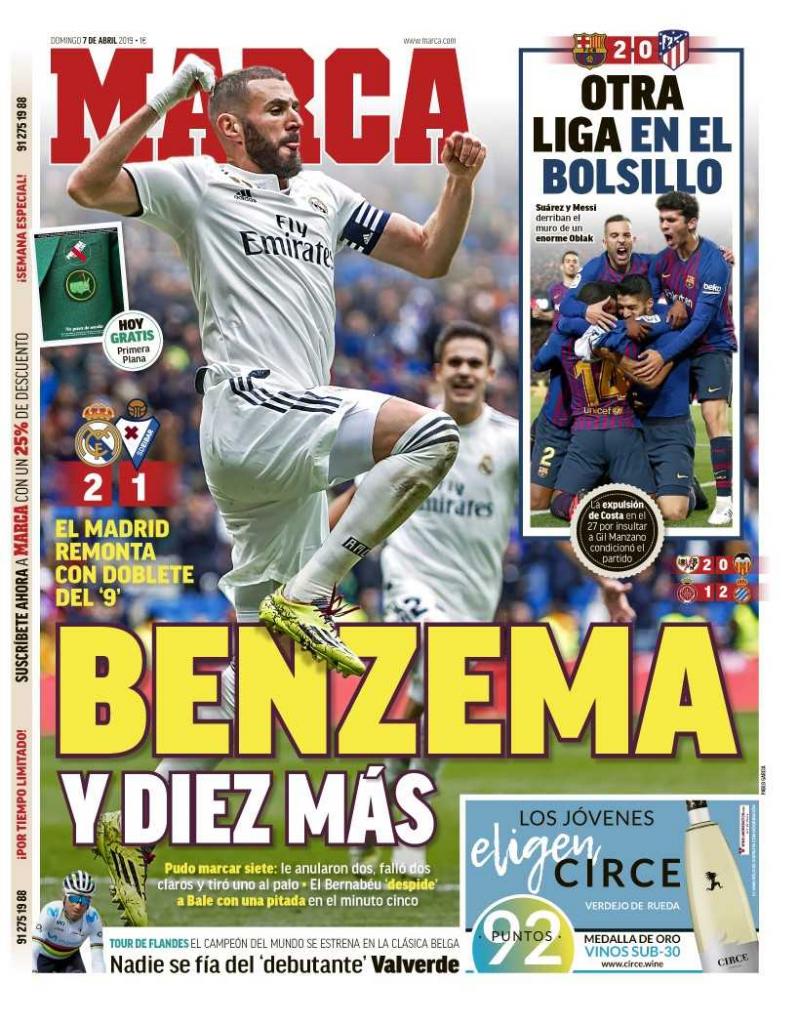 REAL MADRID: BENZEMA....AND TEN MORE - Karim Benzema nets twice as Real Madrid beat Eibar 2-1, and he missed out on a hat trick after hitting the post late on.

REAL MADRID: Gareth Bale started for Zinedine Zidane's but was whistled during the game, and when he was substituted in the second half.

BARCELONA/ATLETICO MADRID: ANOTHER LEAGUE TITLE IN THE BAG - Barcelona beat Atletico Madrid 2-0, with goals from Luis Suarez and Lionel Messi, to move 11 points clear of Diego Simeone's side. 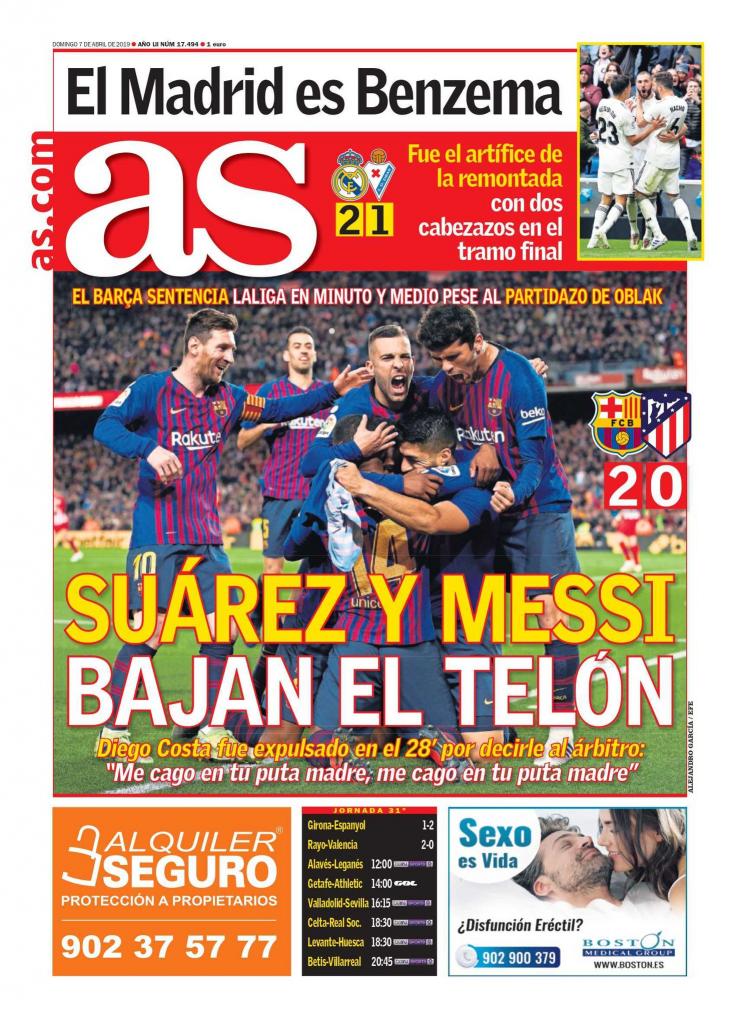 REAL MADRID: Karim Benzema is the Real Madrid hero with two second half headers cap a 2-1 comeback win over Eibar at the Santiago Bernabeu.

BARCELONA/ATLETICO MADRID: SUAREZ AND MESSI BRING DOWN THE LA LIGA CURTAIN - Two goals inside a minute from the pair crushes Atletico Madrid's title push, despite a fine performance from Jan Oblak. 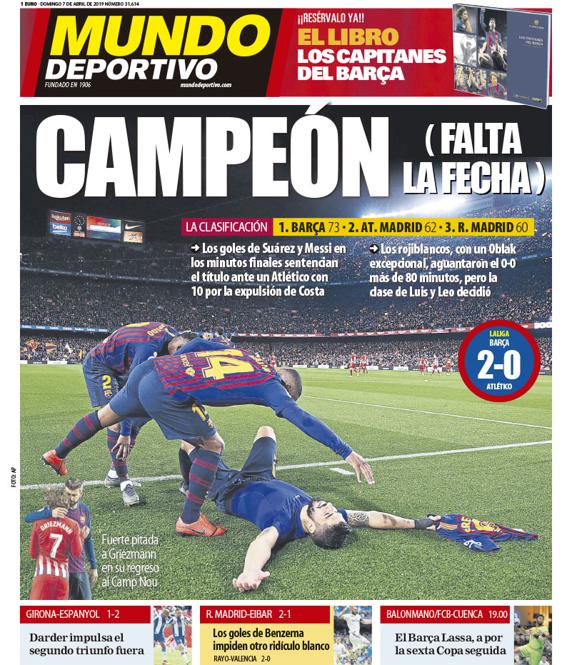 REAL MADRID: Two goals for Karim Benzema prevents another embarrassment for Real Madrid, in their 2-1 win over Eibar.

BARCELONA/ATLETICO MADRID: The visitors were excellent, in particular Jan Oblak, with the game goal less for 80 minutes, before the late interventions of Suarez and Messi.