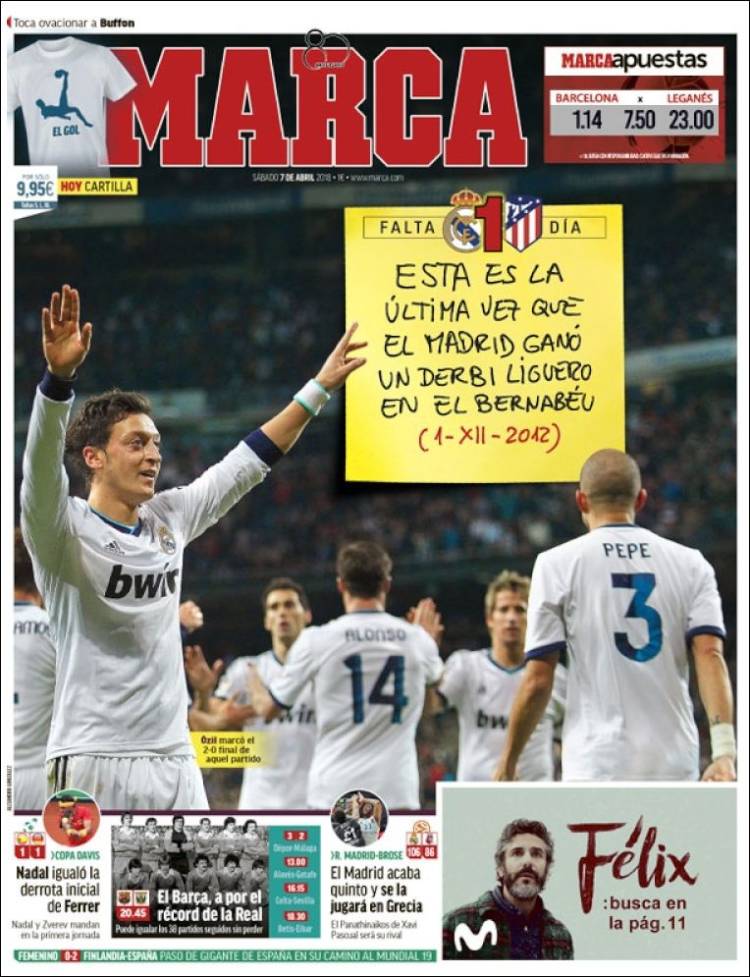 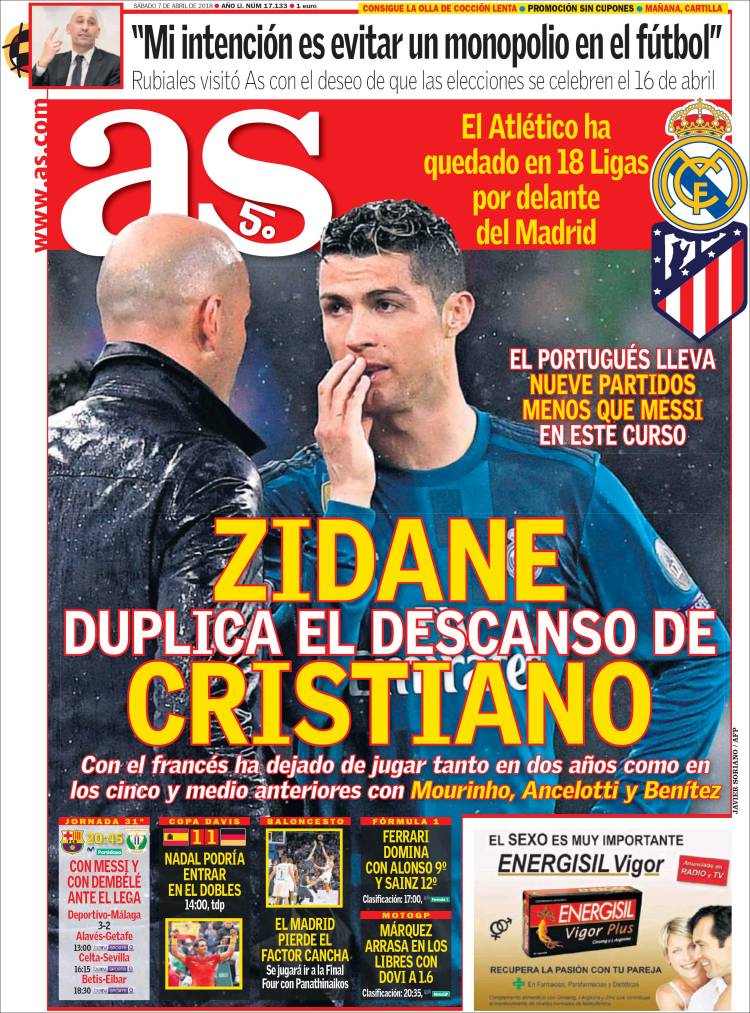 "My intention is to avoid a footballing monopoly"

Atletico have been ahead of Madrid in 18 Ligas

With the Frenchman, he has played less in two years than five-and-a-half years under Mourinho, Ancelotti and Benitez

With Messi and Dembele against Lega 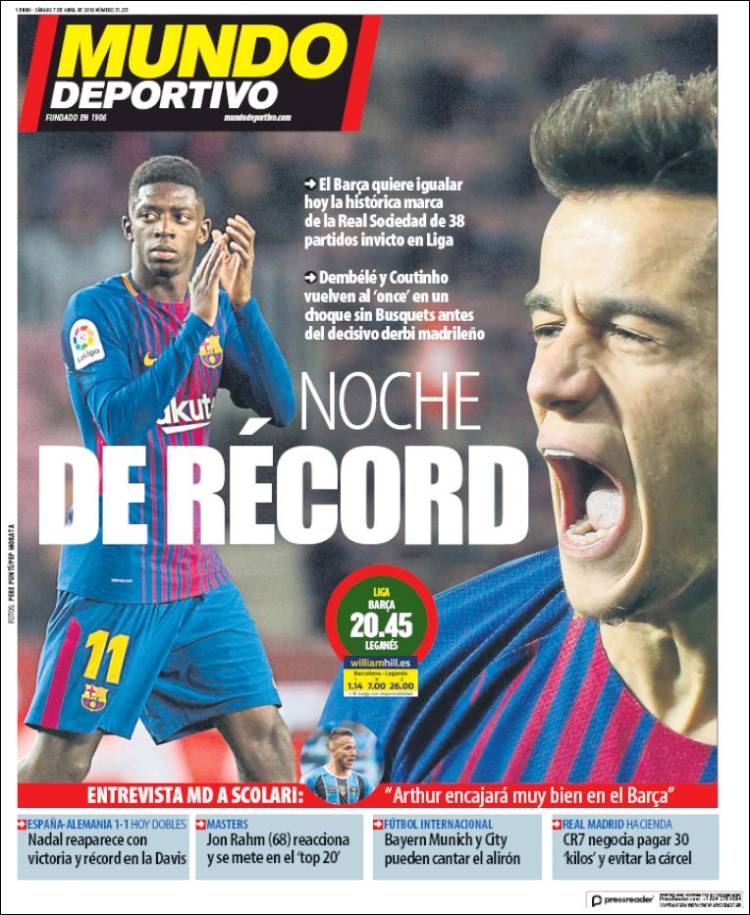 Dembele and Coutinho return to the XI without Busquets, before the decisive Madrid derby

"Arthur will fit in very well at Barca"

Bayern Munich and City can be crowned champions