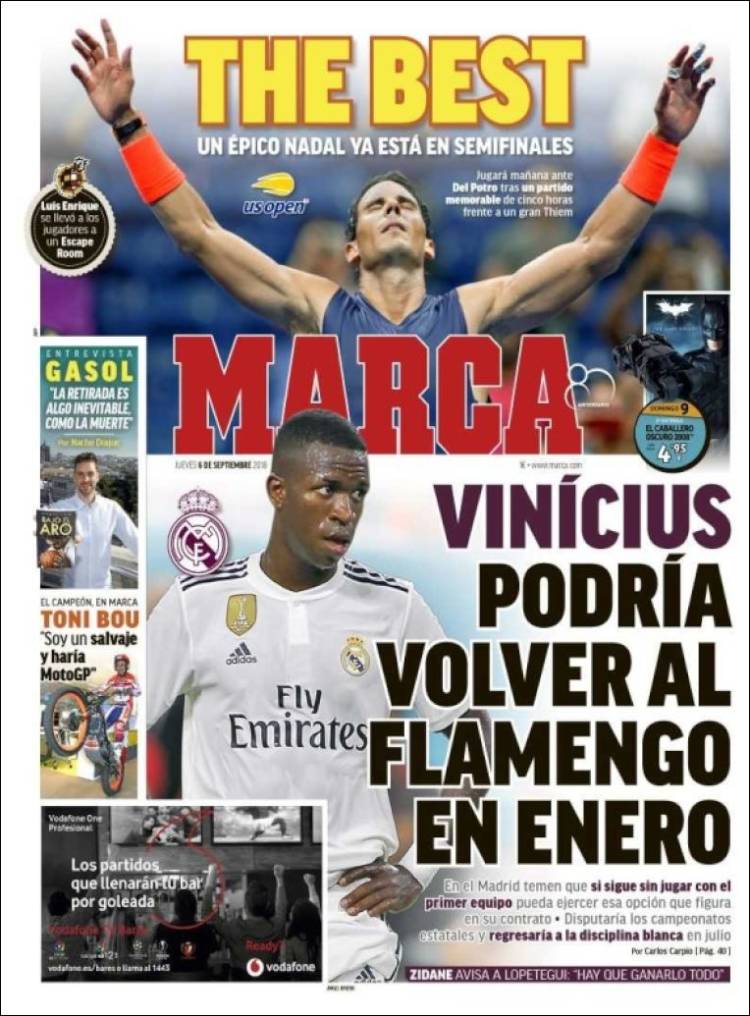 Vinicius could return to Flamengo in January

Zidane advises Lopetegui: "You have to win everything" 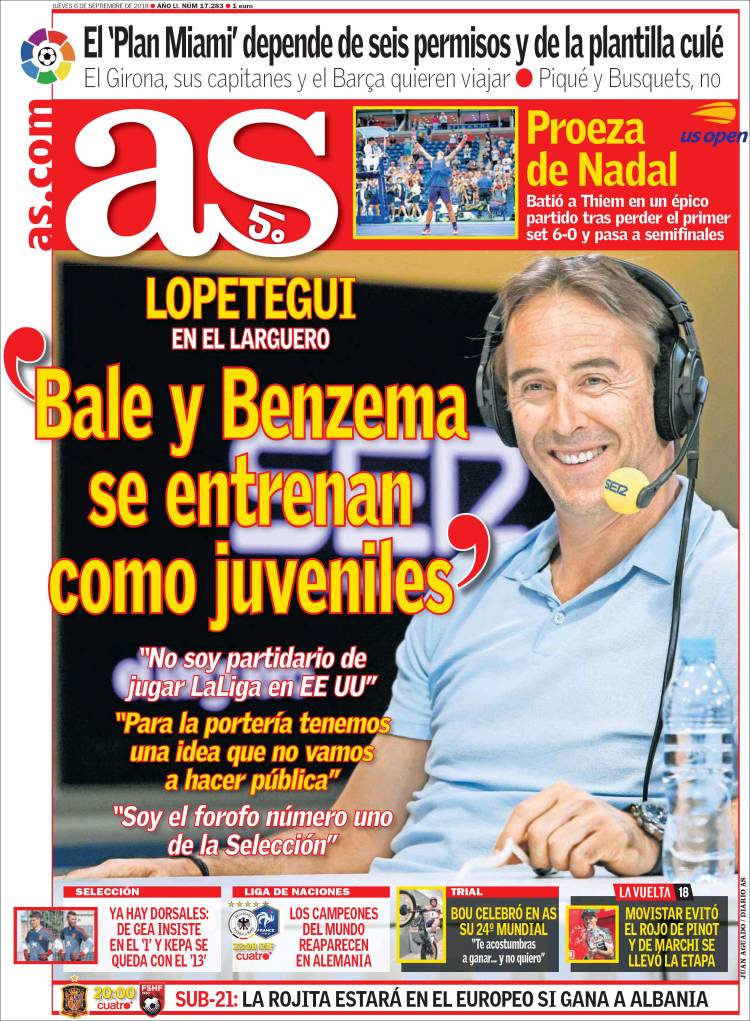 Lopetegui: "I'm not a supporter of playing in the US"

The 'Miami Plan' depends on six permits and the Barca team - Girona, their captains and Barca want to travel, Busquets and Pique don't

Spain Under-21 qualify for Euros if they beat Albania 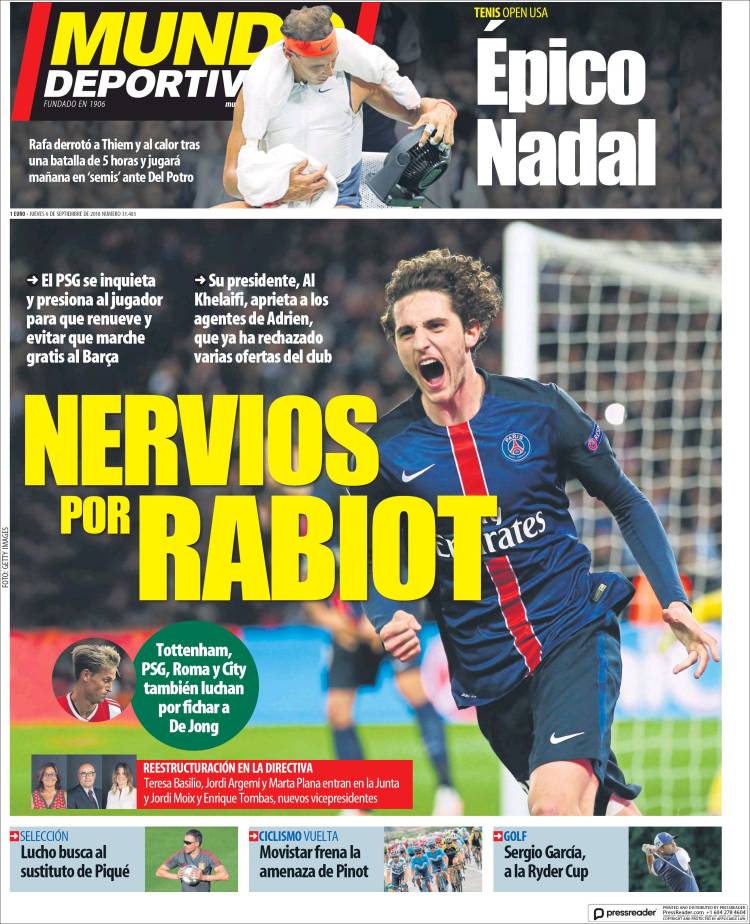