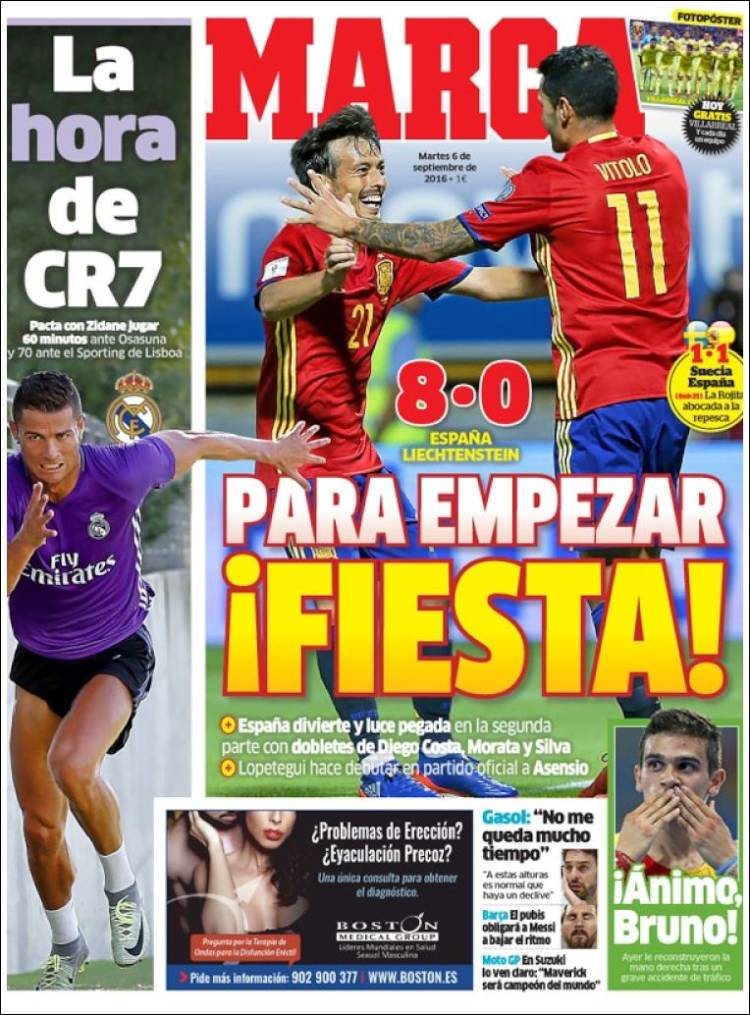 Spain entertain and look good in the second half with doubles from Diego Costa, Morata and David Silva

Lopetegui's debut in his first official match with Ascencio 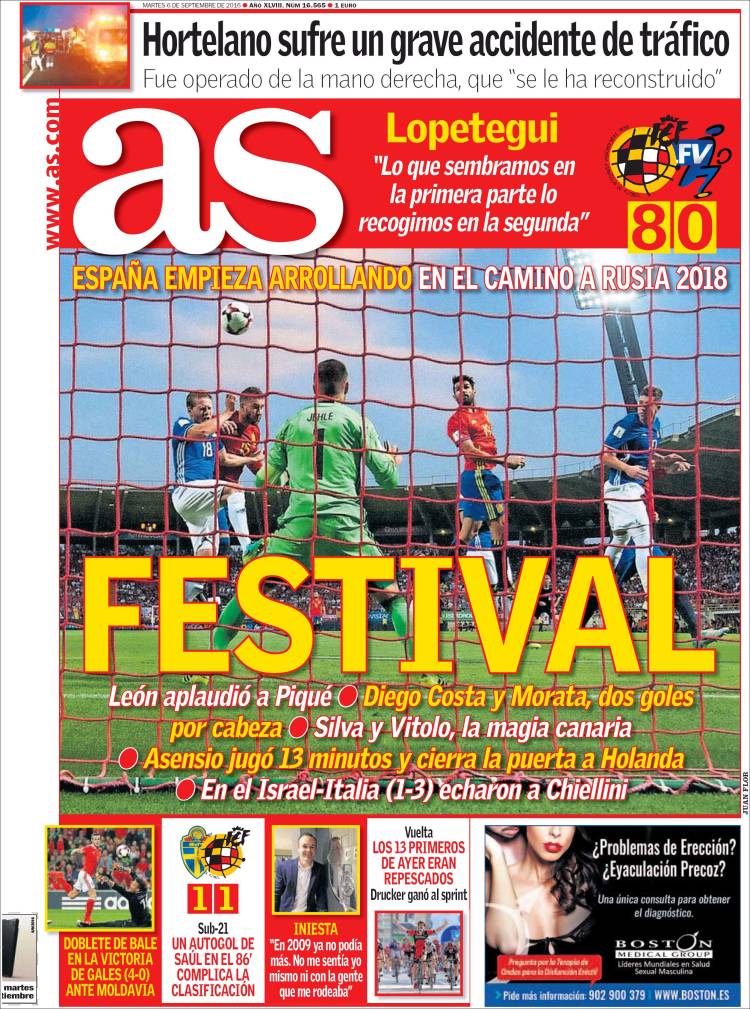 Ascencio plays 13 minutes to close the door on Holland

In Israel 1-3 Italy, Chiellini is sent-off

Lopetegui: What we saw in the first half, we fixed in the second 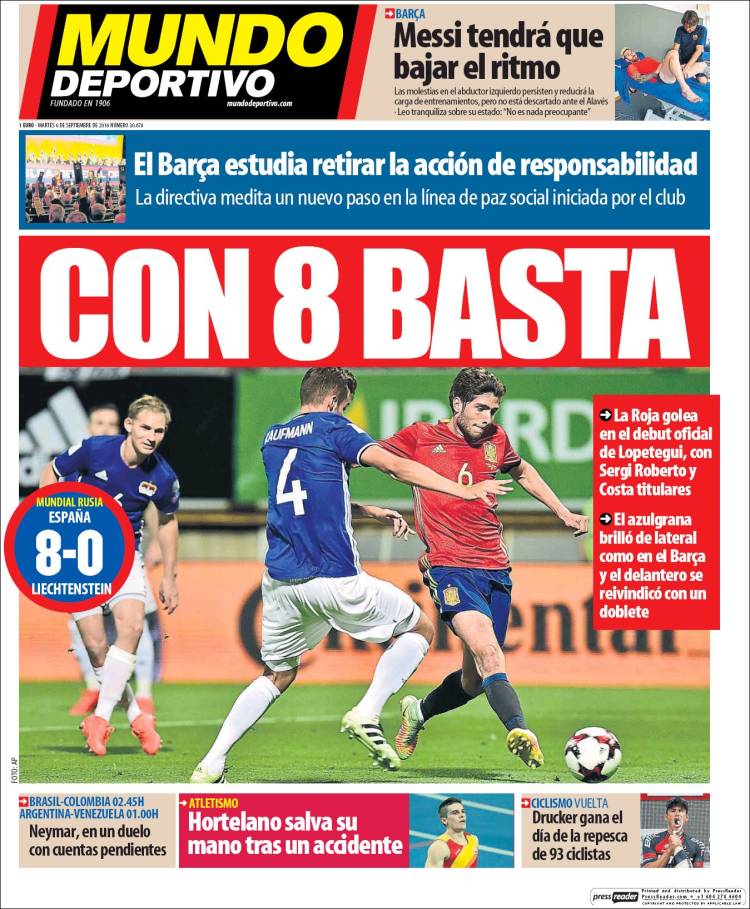