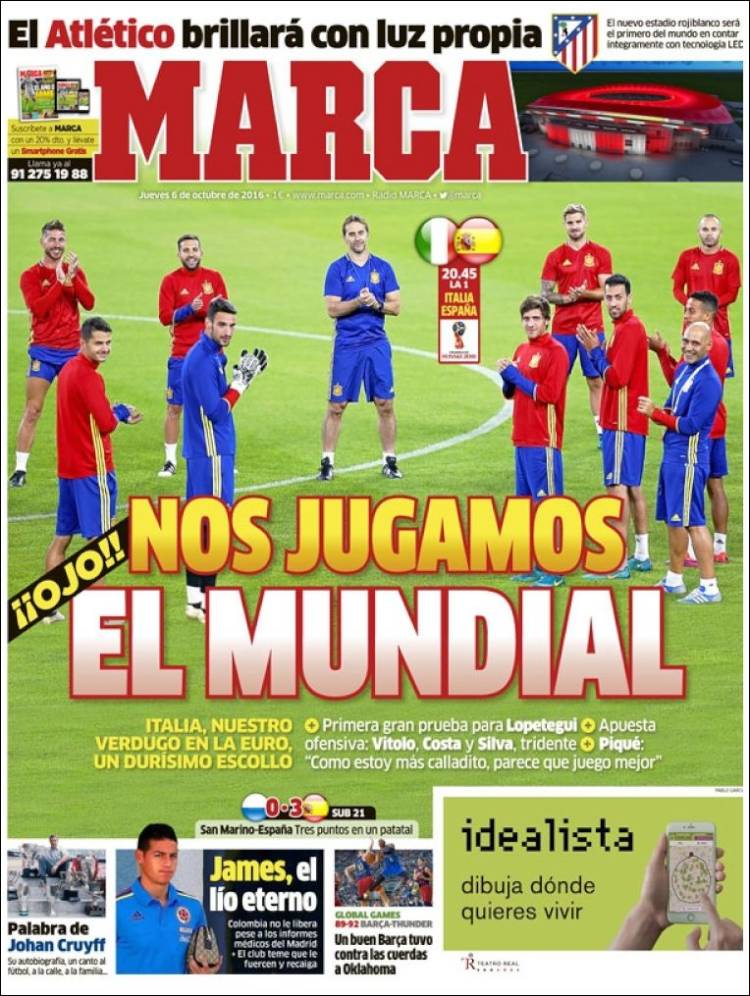 We played the world!

Italy, our executioner from the Euros, a very tough obstacle

First big test of Lopetegui, bet on an offensive side: Vitolo, Costa, Silva as the trident up front, Pique: ‘As I’m quieter, I play better’

Word of Johan Cruyff – the autobiography speaks of football, his life, his family

James, the eternal mess – Colombia did not release him despite medical reports, Real think he was forced and had to go 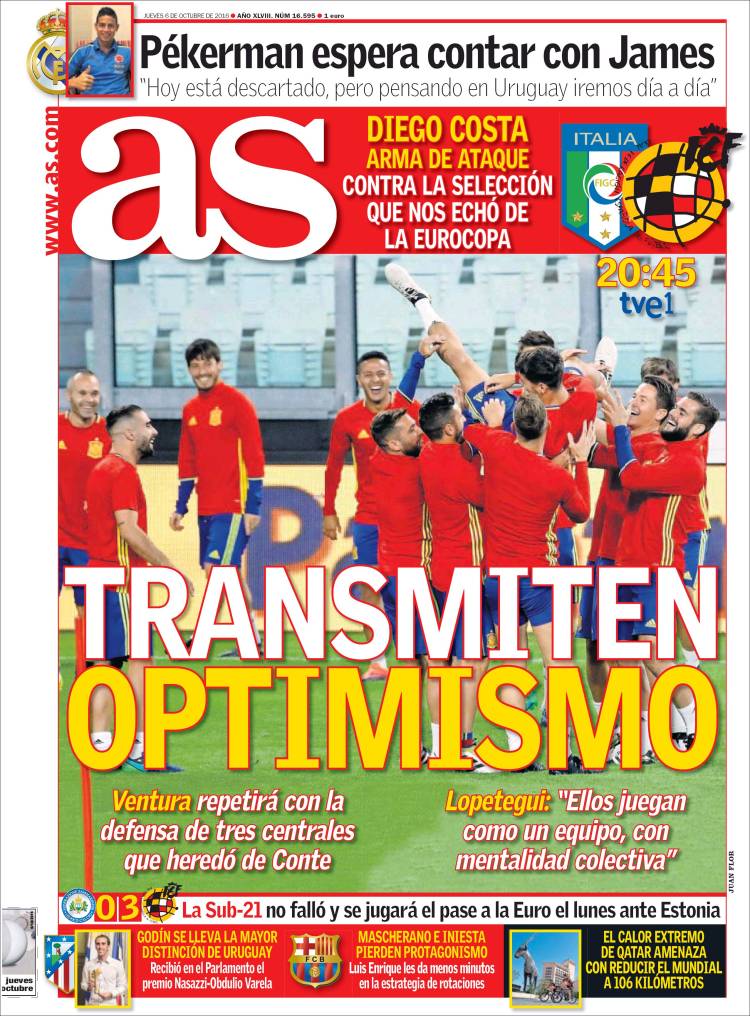 Ventura sticks with the three defenders who worked under Conte

Lopetegui: They play like a team with a collective mentality

Diego Costa to lead the attack for Spain 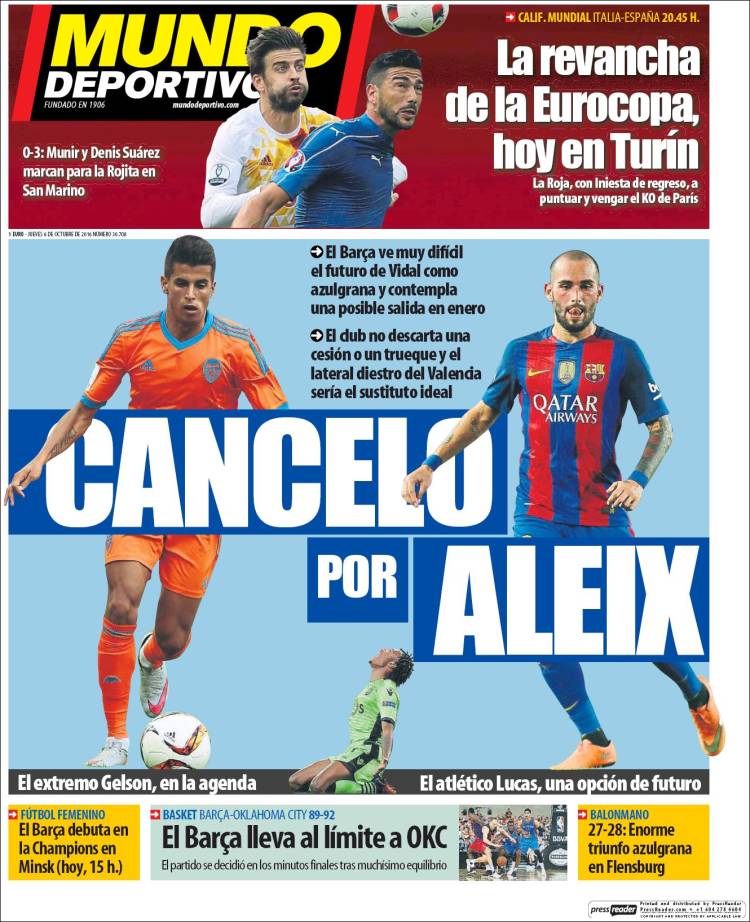 The future at Barca for Aleix is difficult, they think of a departure in January for him

The rematch of the European Championships - today in Turin - La Roja have Iniesta back, they look to avenge the Paris defeat