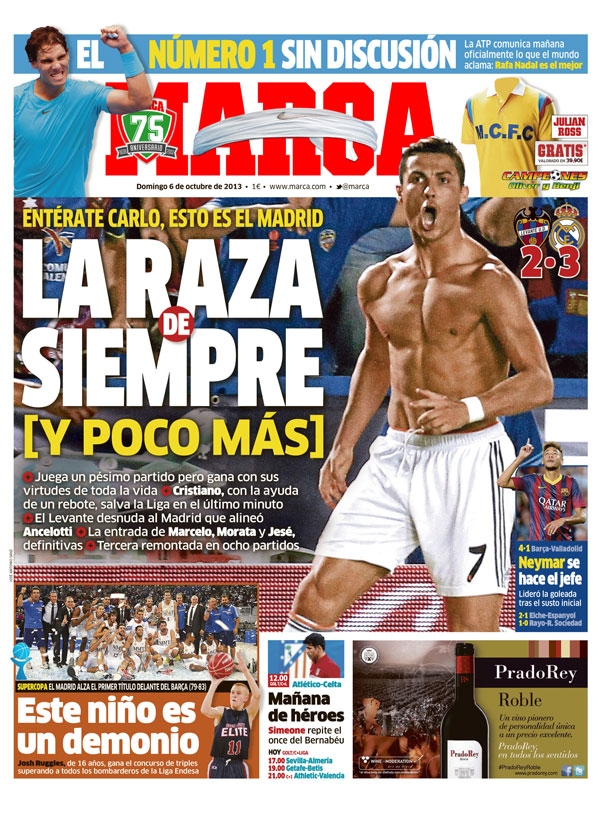 Always class and a bit more
Tell Carlo, this is Madrid
Madrid plays a negative game but win out thanks to their never-say-die spirit
Cristiano, with the help of a deflection, saves La Liga in the last minute
Levante undid Carlo's Madrid
The introductions of Marcelo, Morata and Jese were definitive
The third comeback in eight games
Neymar takes over the leading role
He inspires a goal-feast after a nervy start
Number 1 and no discussion about it
ATP announces officially that Nadal is the best in the world
A morning of heroes
Simeone keeps his same eleven
This boy is a demon 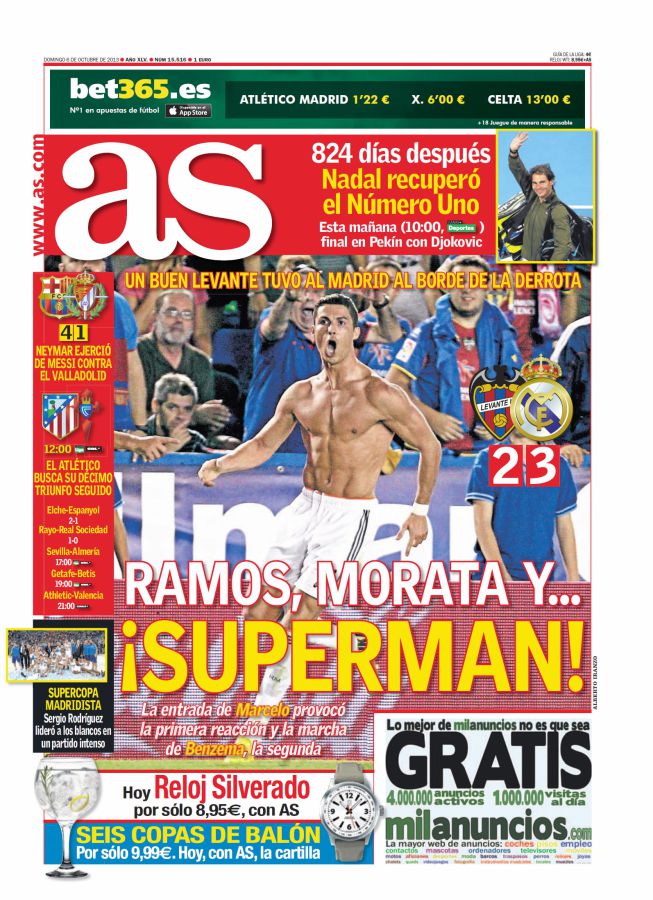 Ramos, Morata and Superman
A great Levante nearly beat Madrid
The introduction of Marcelo sparked the reaction and Benzema's exit sparked the second reaction
824 days after recovering from injury, Nadal is number 1
This morning he plays in the Beijing final against Djokovic
Neymar does a Messi against Valladolid

Atletico looks to make it ten from ten 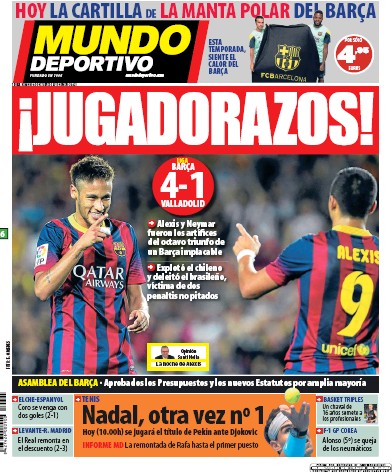 Great players
Alexis and Neymar shone in Barca's eighth win
The Chilean exploded and the Brazilian delighted, though he was denied two legitimate penalty calls
Coro comes up with two goals in Elche win
Real comeback in injury time
Nadal, again is number 1
Today he will play for the title in Beijing against Djokovic
Alonso complains about neuromatics

Basketball: A kid takes out the three-point competition