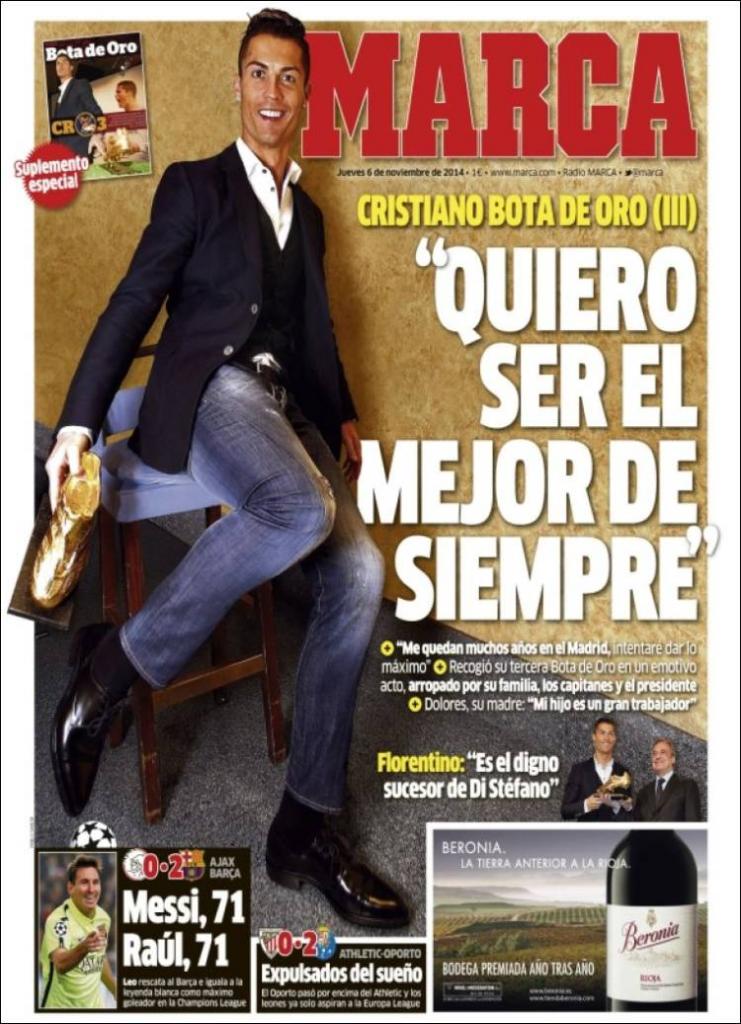 “I want to be the best ever”

“I’ve got a lot of years left in Madrid. I’ll try to give my best”

He collects his third Golden Boot at an emotional ceremony surrounded by his family, the captains and the President

Dolores, his mother: “My son is a great worker”

The forbidden dream: Porto dominate Athletic and Los Leones can now only aspire to the Europa League 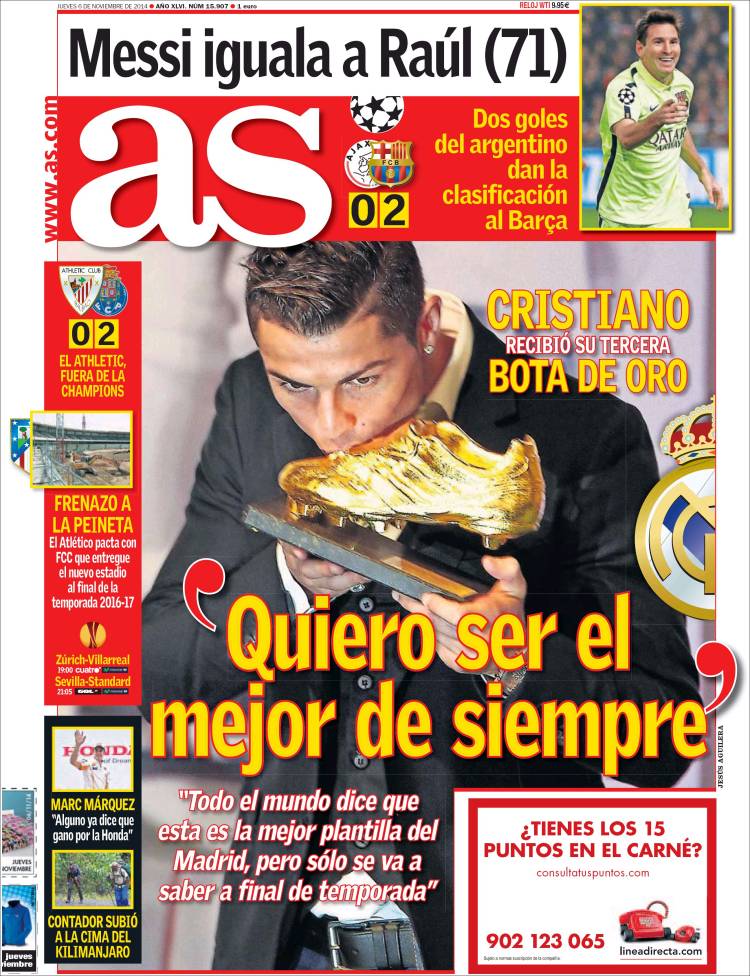 “I want to be the best ever”

“Everyone says this is the best Madrid squad ever, but we’ll only know at the end of the season”

Two goals from the Argentine enable Barca to qualify

0-2: Athletic out of the Champions League

Sudden halt to La Peineta: Atletico agree with FCC that the new stadium is completed for the end of the 2016-17 season 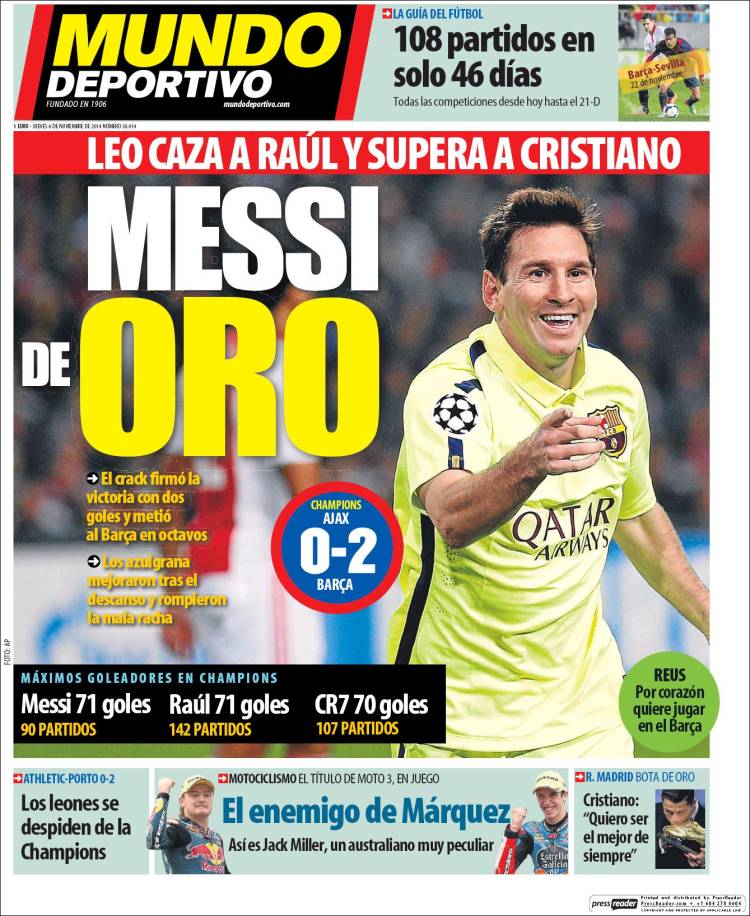 Reus: his heart is set on playing for Barca

Cristiano: “I want to be the best ever”